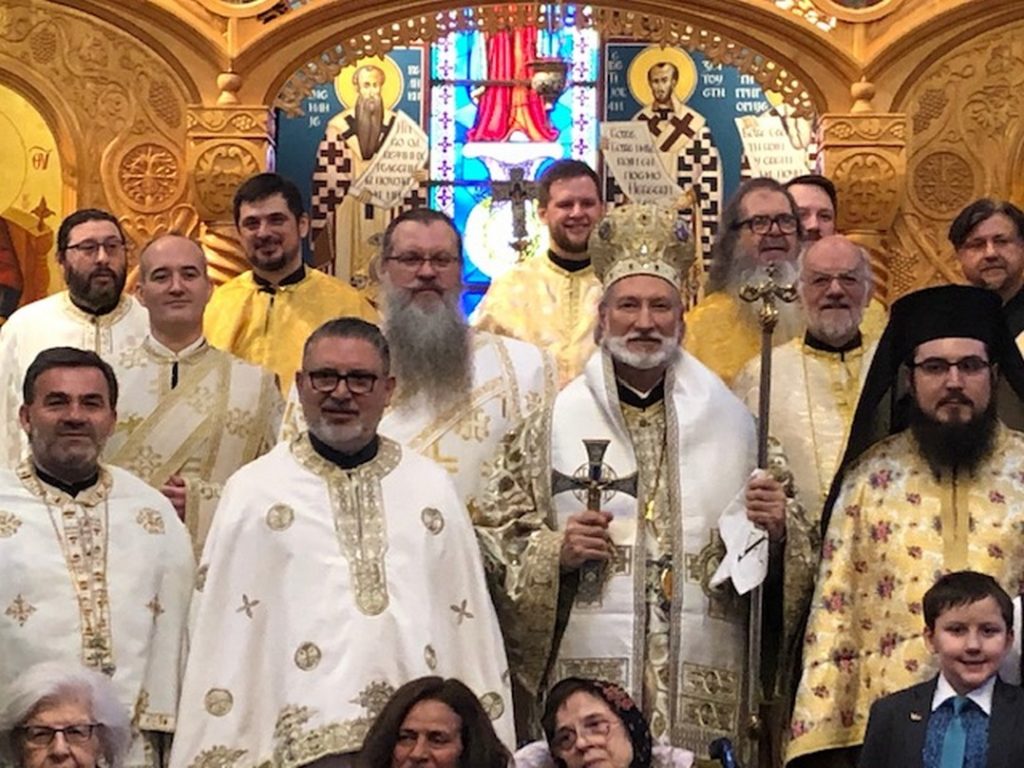 The beginning of the year 2020 has brought exciting Inter-Orthodox Christian events to the city of Cleveland, Ohio.  As previously reported, the city has its first Orthodox Bishop, His Grace Bishop Andrei of the OCA and the Romanian Episcopate. Earlier in the year, on January 27, His Grace Bishop Irinej of the Eastern American Diocese of Serbian Orthodox Church ordained Milan Damljanovic to the Holy Diaconate at Saint Sava Serbian Orthodox Cathedral.

Deacon Milan, together with his wife Mira, coordinated the OCF Program at the four college campuses in Cleveland for many years.  This program was funded by the laity of Cleveland, and the idea of having one coordinating couple for OCF students attending Baldwin Wallace University, John Carroll University, Cleveland State University, and Case Western Reserve University was innovative and successful.    Two years ago, the program became the responsibility of the Clergy Association of Cleveland.

In addition to this Pan-Orthodox Ministry, Deacon Milan serves as the choir director of two Cleveland Churches of different jurisdictions.  He is the director of the choir at St George Antiochian Orthodox Church and the Cathedral of St. Sava.

May God grant Deacon Milan many years!  He is truly worthy, and an example for us to be involved and promote Pan-Orthodox activities in our communities.