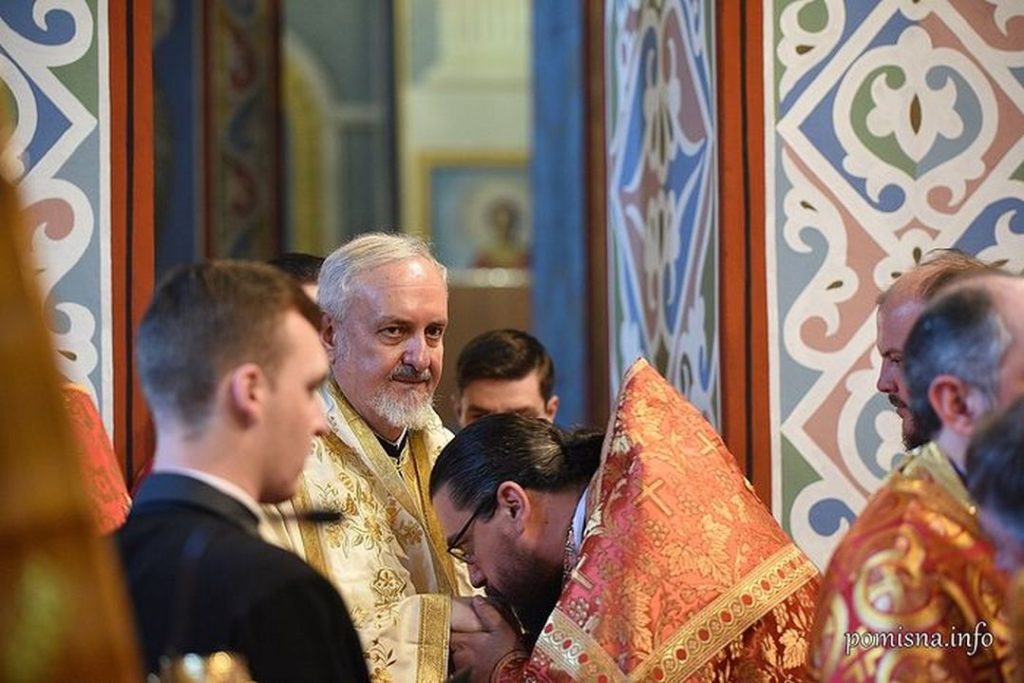 [Kiev – June 13, 2019] On May 26, the 19th anniversary of the restoration of St. Michael’s Golden-domed Cathedral, previously of the “Kiev Patriarchate” (KP) and now a cathedral of the “Orthodox Church of Ukraine” (OCU), was celebrated in Kiev. It was previously known that the OCU primate “Metropolitan” Epiphany Dumenko was concelebrated by two hierarchs from the Patriarchate of Constantinople: Metropolitan Emmanuel of Gaul and Metropolitan Amphilochios of Adrianople.

However, according to information received by the Union of Orthodox Journalists from the Metropolis of Montenegro and Littoral of the Serbian Orthodox Church, a cleric of the schismatic and unrecognized “Montenegrin Orthodox Church” also concelebrated with the Constantinople and OCU hierarchs during the Liturgy. 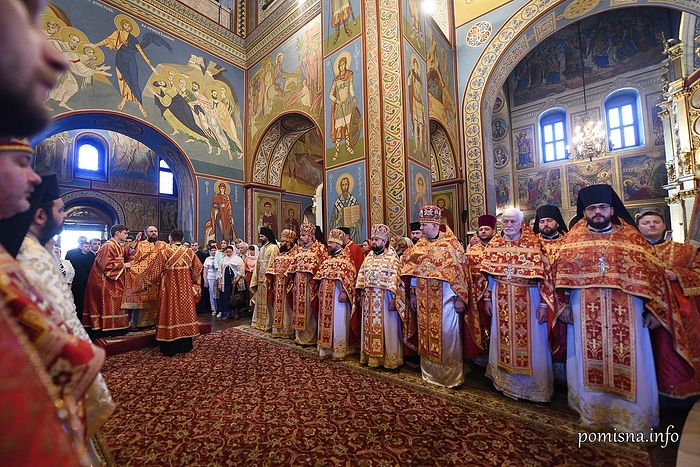 “Archimandrite” Boris Bojovic was identified in photos in the OCU’s report on the event, though the official report does not mention the Montenegrin schismatic.

President Milo Đukanović of Montenegro has repeatedly declared in recent months that he will secure autocephaly for the tiny “Montenegrin Church,” which began as a schism from the Serbian Orthodox Church in the early 1990s, just as President Poroshenko did for the schismatic Ukrainian church. 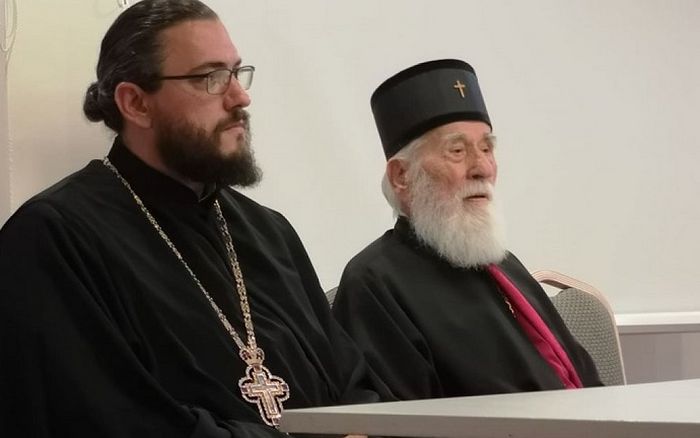