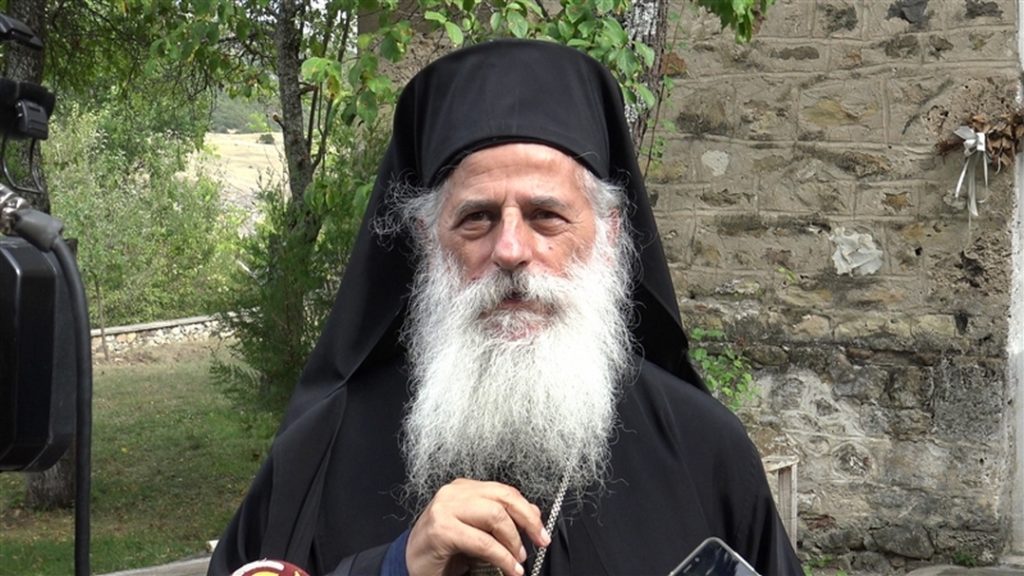 Prespa, North Macedonia — “There is a sense that the Patriarchate of Constantinople will launch formal talks on autocephaly,” Metropolitan Peter of Prespa-Pelagoniski of the schismatic “Macedonian Orthodox Church” (MOC) told reporters recently, as reports Romfea.

There have been no official contacts or meetings yet, the MOC hierarch stressed, though he said there has been an informal expression of a desire by Patriarch Bartholomew himself to resolve the issue of the Serbian-Macedonian schism.

“There is a disposition by the Patriarchate of Constantinople to resolve the issue of the autocephaly of our church in one of the future sessions of the Holy Synod,” the schismatic hierarch added.

Another hierarch of the MOC expressed the same hope in February—that Constantinople would soon begin the process of recognizing the autocephaly of the MOC.

It is perhaps no coincidence that U.S. Secretary of State Mike Pompeo was just in North Macedonia, where he found time to meet with the primate of the MOC, “Archbishop” Stefan of Ohrid and Macedonia. The State Department openly supports Constantinople’s interference in Ukraine, which was undertaken with U.S. backing.

“Met.” Peter has also said it’s unclear what name the MOC would be recognized under, given that it would be very unlikely for Pat. Bartholomew, a Greek, to recognize it as the “Macedonian” Orthodox Church. Pat. Bartholomew has, in fact, declared that he would not recognize the church as long as it has any version of “Macedonian” in its title.

The MOC reached out to the Bulgarian Orthodox Church in November 2017 for assistance in becoming a canonically-recognized autocephalous Church. The Bulgarian Church agreed to help, which greatly angered the Churches of Serbia and Greece, and also the Ecumenical Patriarchate.

However, in October 2018, Pat. Bartholomew changed his mind and declared that he would not deal with the Macedonian issue, as the nation is the canonical territory of the Serbian Orthodox Church, not the Patriarchate of Constantinople.

However, the Ukrainian situation has shown that there is nothing preventing Pat. Bartholomew from changing his mind and deciding to intervene. Archpriest Nikolai Danilevich, Deputy Head of the Department for External Church Relations of the Ukrainian Orthodox Church, noted the double standard at play between the Patriarchate’s actions in Ukraine and its latest stance towards Macedonia—interfering in the Ukrainian Church’s territory on the one hand, while refusing to interfere in the Serbian Church’s territory on the other.

Nevertheless, the possibility of Constantinople’s interference in Serbian Church territory continues to be a threat hanging over the Serbian hierarchs’ heads, especially as the Serbian Church has taken a hard and unmoving stance against Constantinople’s anti-canonical actions in Ukraine. In addition to the Macedonians, there is also a (much smaller) schismatic “Montenegrin Orthodox Church” that actively persecutes the canonical Serbian Church and dreams of receiving autocephaly, inspired by the situation in Ukraine.

In June, Pat. Bartholomew sent a letter to Montenegrin President Đukanović, urging him to give up his dream of achieving a recognized autocephaly, although, again, Pat. Bartholomew is prone to changing his mind.

However, if the MOC hierarchs are correct, Constantinople’s plans have, at any rate, probably been seriously delayed by the failure of the autocephaly project in Ukraine.