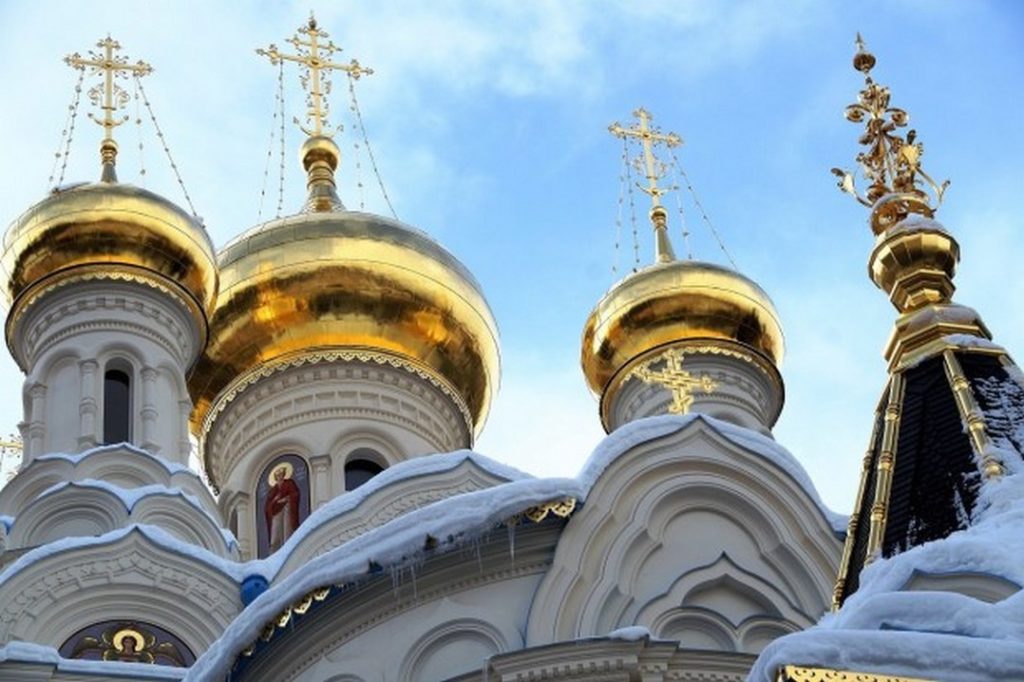 Russia’s constitutional amendments of 2020 augur an ever-enlarging foreign policy role for the Russian Orthodox Church—Moscow Patriarchate (ROC). Constitutional entrenchment of the Kremlin’s selective understanding of state sovereignty and non-interference; a state-sanctioned vision of historical truth; the muscular protection of compatriot rights abroad; and the propagation of traditional values each tap into areas where the church has steadfastly advocated Russian civilization as a global counterweight to the West’s “ultra-liberalism.” Faced with this emerging reality, policymakers should reassess the nature and substance of their interactions with church officials and take measures to scrutinize ROC activities more closely in their respective jurisdictions.

Throughout its post-Soviet history, ROC diplomacy has evidenced an enduring commitment to the Kremlin’s preference for a multipolar international order. Nearly two decades ago, then Metropolitan Kirill asserted that: “Orthodoxy in international politics [can facilitate]the building up of a multipolar world.” Today, the church has built upon this outlook to reject decisions from the European Court of Human Rights (ECtHR) and other human rights bodies as alien and harmful to Russian sovereignty.

Most tellingly, however, the ROC’s adherence to the Kremlin’s framing of sovereignty is revealed in the occasions when both actors readily jettison principle in the name of realpolitik. Consider the Kremlin’s interventionist response to Montenegro’s 2019 Law on Freedom of Religion or Beliefs. Seeking to preserve Russian influence abroad, the Kremlin justified its interference in Montenegrin domestic affairs by citing the need to protect Orthodoxy. From the ROC’s perspective, events in Montenegro were similarly exempt from the niceties of noninterference since they mirrored the dreaded “Ukrainian scenario” and threatened “canonical Orthodoxy.” And yet, the church’s underlying rationale clearly evidences the Kremlin’s preoccupation over Montenegro’s western alignment. In the church’s unvarnished words: “The current authorities of Montenegro do not conceal that they are active supporters of eurointegration and isolation from Serbia.”

Church espousal of Kremlin truths reflects equally deeply rooted practice. Over a decade ago, Russia’s Foreign Ministry and the ROC pledged to continue “joint efforts to combat the falsification of history.” Foreign Minister Sergei Lavrov renewed this vow in 2020, proclaiming his ministry “will continue to do its best to counter attempts to falsify history [through]close cooperation with the Russian Orthodox Church.”

With falsification now rendered constitutionally anathema, the church is poised to consecrate the Kremlin’s international push to brand any perceived slight against Russia as tantamount to the glorification of Nazism. As part of this effort, the church wields the Kremlin’s historical narrative as a carrot and stick, both to build potential alliances and to exert pressure on less cooperative foreign governments. For example, the church recently lauded Croatian officials for restoring a memorial to Soviet soldiers, calling it a “profoundly symbolic” action which preserves historical memory.” In contrast, Patriarch Kirill directed a six-minute long tirade at the Bulgarian president for remarks Kirill deemed “outrages” of historical revisionism that depreciated Russia’s power and sacrifice.

The church has been similarly instrumental in echoing Kremlin messaging to compatriot populations. For example, the World Russian People’s Council (WRPC)—a ROC NGO—functions as a linchpin compatriot-networking organization that advocates Russian interests abroad, including through UN lobbying. ROC activity in this arena provides the Kremlin with two significant advantages: First, the church promotes Kremlin messaging free of the baggage attached to more overtly state-backed outlets such as RT and Sputnik. Second, with the ROC convening a broad range of audiences in addition to compatriots—including other clergy, NGOs, and foreign government officials around the globe—that messaging is capable of reaching far more diverse constituencies.

Lastly, the constitutional amendments espousing traditional values prioritize certain collective norms at the expense of individual rights, cementing the church’s influence over Russia’s identity at home and abroad. The constitutionalization of these values likely will invigorate Kremlin efforts to lead a global alliance committed to undercutting universal human rights protections. As part of this effort, the church has already long nurtured international allegiances: “[T]he entire Western civilization…is becoming radically anti-Christian and anti-religious. In this case there is a need [for]a universal common front formed by traditional religious confessions in order to repel the onslaught of militant secularism.”

To build out this common front, the church courts religious constituencies and conservative activists, compatriots, simpatico foreign governments, and political operatives. Across all these global engagements, the ROC vociferously opposes any perceived encroachments on traditional values while simultaneously undercutting Western norms and institutions and promoting Russia’s reputation and the Kremlin’s international leadership. For example, the 2016 Havana Declaration, signed by the ROC and the Vatican, painstakingly sidesteps any criticism of Russian misadventurism in Ukraine or Syria, and instead cultivates a view of the ROC and Kremlin as neutral peacemakers committed to protecting endangered Christians.

Church outreach to conservative civil society has similarly led groups like C-Fam, a U.S.-based “pro-family” NGO, to fawn over the ROC’s opposition to sexual orientation and gender identity rights at the UN. More dramatically, another U.S.-based group, the International Organization of the Family, has sought to boost ROC and Kremlin standing, accepting Kremlin-connected Orthodox oligarch funding, celebrating Russia as “the Christian saviors of the world,” and going so far as to endorse “a very prominent role [for Russia]…on a global scale.”

Against this backdrop, the amendments noted above provide constitutional cover for reenergizing the Kremlin’s global efforts to challenge democratic values, supplant the international human rights system, and destabilize institutions and societies through misinformation and disinformation campaigns. Given the ROC’s readiness to advance these efforts in lockstep with the Kremlin, the constitutional amendments are likely to usher in an even tighter era of church-state integration. Policymakers should take note of the ROC’s burgeoning foreign policy role and make necessary adjustments to account for the church’s increasing proximity to the Kremlin and its ongoing influence campaigns unfolding among governmental and non-governmental interlocutors alike.

Robert C. Blitt is Professor of Law at the University of Tennessee College of Law.