by John A. Monaco 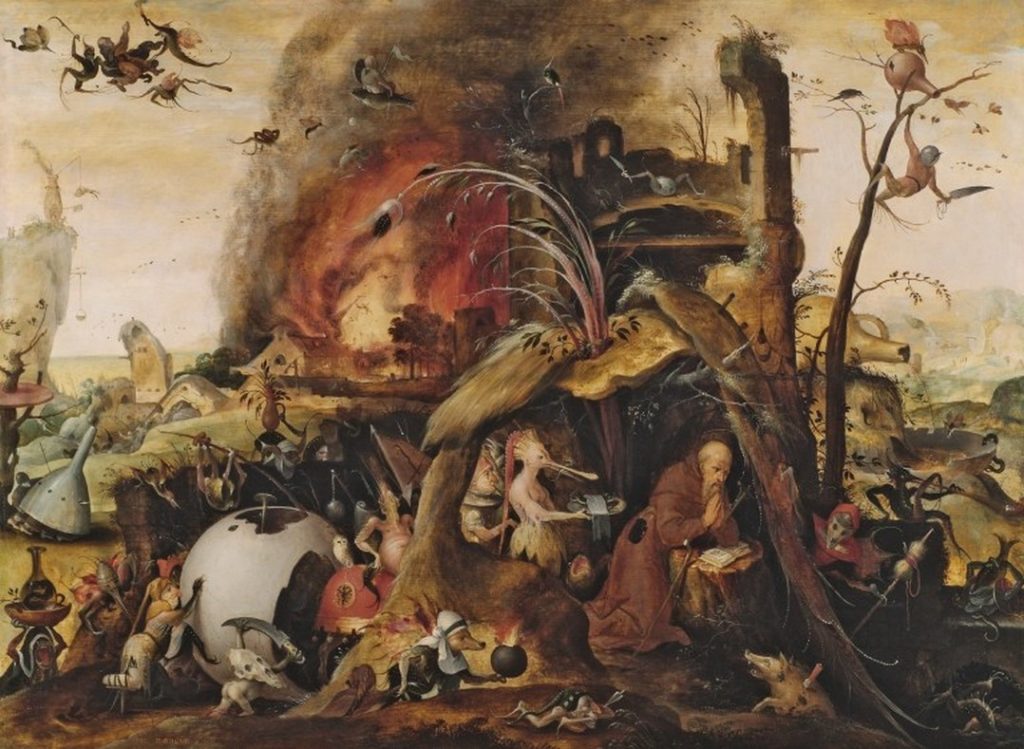 In May 2018, I graduated with my Master of Divinity, and immediately following the graduation ceremony, I boarded a plane to Rome, where I intended to undergo the 30-day Spiritual Exercises of St. Ignatius of Loyola. Although I had attended a renowned Jesuit university with one of the largest Jesuit communities in the United States, I chose to go to Rome to do the Exercises because the retreat director was an “orthodox” Jesuit, one who was not afraid to speak “the truth” and one who despised the way “liberals” had destroyed the Society of Jesus. As a reasonably conservative Roman Catholic with an overabundance of zeal and vocational angst, I seized the opportunity to make a retreat under this particular Jesuit, leaving the local Jesuits— who helped me grow as a person and a scholar—far behind.

The retreat was, to put it lightly, a torturous disaster. The Jesuit priest demanded that I get off my anti-anxiety medication, claiming that “those who embrace the “state of perfection” (e.g. embracing the evangelical counsels of poverty, chastity, and obedience) have no need for medication, for God’s grace will provide.” Betraying my previous theological education which emphasized that “grace perfects nature,” I obliged and got off my medication. Predictably, the anxiety returned a hundredfold, and after one particular terrible night of distressing worries and intrusive thoughts, I begged the director to allow me to resume my medication. Instead, he dismissed my thoughts as ‘temptations’, handing me Athanasius’ Life of St. Antony. He told me that St. Antony of the Desert experienced “temptations” and that the answer to combating them was to live a life of asceticism, just as Antony did. I read the Life of St. Anthony, marveling at his holiness of life and discipline. I regarded my “anxiety” as a spiritual issue—and not a psychological one. Daily, I met with the retreat leader, and he told me that my recurrent anxiety and depression was actually Satan in disguise trying to tempt me to leave the retreat house and go back to my “sinful ways.” And so, in order to imitate the holy desert ascetic, I stopped eating, and practiced bodily mortification—but the intrusive thoughts still remained. After several days of intense anguish, I emailed my spiritual director back home asking him for advice, and he urged me to leave the retreat house, return to the United States, and resume therapy and medication. And like an obedient spiritual son, I obeyed. “But what would St. Antony do?” I wondered, all throughout the return flight home.

There exists today a serious issue within my own Roman Catholic tradition and within Orthodoxy, as well. The issue is what I call “Father-ism.” In essence, it is a sort of fundamentalism, whereby a person latches onto a particular thinker, saint, or even a local Church council, and rigidly holds onto it—completely disregarding any historical context, critical scrutiny, or opposing viewpoints. Although I am certainly on the “traditional” and so-called “conservative” side of the ecclesial spectrum (as artificial as the spectrum may be), I often need to correct my fellow “trads” who have succumbed to such fundamentalism. In my own interactions with Orthodox Christians in person and online, I have seen “Father-ism” spread like a contagious disease—Church Father X says Y, and that is the final word on the subject. Whereas we should hold the Church Fathers to the standard of Sacred Scripture and the ecumenical councils, “Father-ist” practitioners often fall into a “fetishization or idolization of the Church Fathers as infallible and direct purveyors of divine truths.”

Now, before I continue, I should note what “Father-ism” is not: it is not a call to disregard the Church Fathers as outdated or irrelevant, neither is it a call to abandon Tradition and view traditions as useless. There is no Christianity without tradition, and both Catholic and Orthodox theologians are tasked with being faithful to the deposit of faith. That stated, what plagues contemporary Orthodoxy (especially as it is expressed online) is a myopic view of the Tradition, a distrusting of progress (especially within science and technology), and vacuum of proper catechesis and education in the Orthodox faith, especially for converts. In our current “Information Age,” any prospective candidate into Orthodoxy can be easily led astray by going down the wrong Internet alleyway, leading him to believe that “toll-houses” are integral to Orthodoxy, that Catholic baptism is “invalid,” and that revered Catholic saints (such as Francis of Assisi) represented the Anti-Christ. “Father-ism” is a perversion of tradition, an unhealthy reliance on a particular Father (or a select group of them), which then leads to a closed-minded view of Orthodoxy. Although the period of public revelation ended with the death of the last Apostle, that does not mean that there cannot be new articulations of the same ancient faith. It is intellectually dishonest to think that the Church Fathers existed at a “perfect” time in Church history, or that their number is set. For example, who is to say that there will not be another Church Father (or perhaps Mother) whose contributions to theology will rival even St. Gregory Palamas? The Church Fathers may be an invaluable resource for Christians today, but we must admit that they, despite their many merits, do not exhaust the entirety of the Christian faith. And even more so, Christians must accept the Fathers for who they are as well as who they are not. St. Antony of the Desert was a holy man, a wise spiritual guide, and a wonderworker, but he was not a psychiatrist. Or, as another example, we can note how St. John Chrysostom was a brilliant orator, skillful theologian, and a good shepherd, but he was not an expert on eating disorders. A true love for the Fathers will respect their contributions to the Church; a disordered love for the Fathers will idolize them as divine revelation itself.

“Father-ism” does not simply lead to the abuse of theology, but also can lend itself to the spiritual abuse of people, as well. In the personal anecdote that I shared above, the abuse was clear—here, the priest disregarded any scientific and medical explanation for my anxiety, and instead chose to reduce it to being merely a spiritual battle with demons. St. Antony of the Desert was invoked as a substitute—and not a supplement—for my medication. I was given an artificial choice between faith in God’s grace or the acceptance of modern medicine—a false dichotomy which even Scripture does not pose (Sirach 38:1-8). In recent weeks, we have seen “Father-ism” manifest itself in the asinine comments made by a Cypriot bishop, who claimed that homosexuality was caused by a heterosexual couple engaging in anal sex, and that homosexuals themselves have a literal, repugnant odor. When challenged in his comments, the bishop doubled-down, claiming that this was the teaching of the Church and her saints, citing Saint Porphyrios of Kafsokalivia as the anecdote’s source. Is this not “Father-ism,” but of a twentieth-century Athonite flavor? As Metropolitan Nathanael of Chicago explained in his recent pastoral letter, “Even the saints are not immune from errors in speaking, as the Bible itself testifies (see Galatians 2:11ff.). In recognizing the sanctity of a person, the Orthodox Church does not thereby put an imprimatur on everything that person ever said or did. While still in this world, saints make mistakes, both factually and morally.”

Metropolitan Nathanael’s words ring true, but one wonders how loud they will sound over the cacophony of fundamentalists, each quoting their particular favorite Church Father and saint who ironically supports their previously-held convictions. The proper response to this phenomenon is not to flee the Fathers, but to engage them with intense study, prayerful reflection, and careful discernment.

John A. Monaco is a doctoral student at McGill University in Montreal, Quebec.