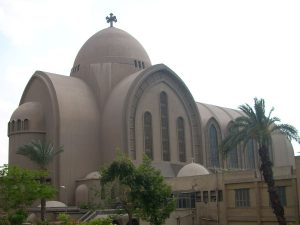 Halim told Egypt Independent that the decision came following consultations with the Interior Ministry, which recommended the suspension of the aforementioned activities until the end of the month of July.

“Due to security concerns raised among churches’ officials against any gatherings of Copts in Egypt, the churches affiliated to the Coptic Orthodox Church consulted the main church to coordinate with the Interior Ministry to undertake any action,” he explained.

He further asserted that the Interior Ministry did not send any instructions obligating churches to suspend their activities.

The massacre was followed by another deadly attack on a bus of Copts en route to a monastery in the Minya desert, in which IS militants opened fire against them and killed more than 27 people.

The IS-affiliated group ‘Sinai Province’ in North Sinai has released numerous warnings and threats against Copts in Egypt, including threats to bomb churches.

In an interview with IS-affiliated newspaper ‘al-Nabaa’, the ‘Sinai Province’ leader Abu Hager al-Hashmi said that his militants will target Copts anywhere in Egypt and warned Muslims keep their distance from churches and Coptic gatherings.