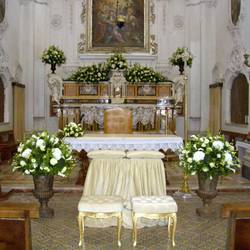 (©LAPRESSE) THE SYNOD ON THE FAMILY NEARS

Synod on the Family: “La Civiltà Cattolica” undusts a forgotten chapter in history. Despite their proclamations in defence of the indissolubility of marriage, the Tridentine Fathers decided not to exclude the possibility of second unions in old “Greek rites” practiced in the Greek islands that were under the dominion of Venice

It is a little known chapter of history which Italian Jesuit periodical La Civiltà Cattolica has decided to cast light on in the issue that will be out once the Synod on the Family begins. Journalists revealed the content of this issue this morning. Fr. Giancarlo Pani’s article titled“Marriage and second unions in the Council of Trent” (Original Italian title: “Matrimonio e seconde nozze al Concilio di Trento”) describes the events of 1563, when discussions were held regarding the canon which condemned and excommunicated those who claimed that second marriages were possible when adultery was committed.

The author of the article recalls that the Church which “is rooted in the faith received by the apostles, must be able to look at the present and look into the future, in order to revive itself, be close to the people and renew itself under the action of the Holy Spirit.” He goes on to retrace the history of “one of the most innovative decrees of the Council of Trent: the one on marriage, known as “Tametsi”.” The decree prohibits clandestine marriages, it promotes the freedom of consent, the unity and indissolubility of marriage, the celebration of the sacrament in the presence of a priest and witnesses. It also requires that married persons register their names in the relevant parish register.

The canon in question was sent to Council Fathers for approval on 20 July 1563. It reads as follows: “If anyone saith, that marriage may be dissolved on the grounds of adultery committed by the other spouse, that it is licit for both spouses, or at least for the innocent party who has not committed adultery, to contract another marriage and that a man who remarries after he has repudiated an adulterous woman or vice versa, a woman who remarries after repudiating an adulterous man, is not committing an act of adultery; let him be anathema.”

But a request made by the Venetian ambassadors was read out during the conciliar congregation on 11 August. Venice’s diplomats solemnly declared Venice’s loyalty to the Apostolic See and their sincere devotion to the Council’s authorities. They then go on to express a request and to explain how the wording of the seventh canon is unacceptable as it triggers concerns for Catholics of the Kingdom of Venice living in Greece or the islands of Crete, Cyprus, Corfu, Zakynthos and Cephalonia. This greatly harmed not only the peace within the Christian community but also the Eastern Church, particularly the Greek Church. In these areas, which were under the dominion of Venice, there were many Christians who belonged to Eastern Rites but led by Latin bishops. It was not communion with the Pope that was being called into question – these communities confirmed their obedience to the Bishop of Rome three times a year – but the customs of the Eastern Rites.

In the Eastern Churches, when a wife committed adultery, it was customary for the marriage to be dissolved, followed by remarriage. There is even an ancient rite, which their Fathers followed, for the celebration of a new marital union. “This custom was never opposed by any ecumenical Council, nor were there any excommunications, despite the fact that the Roman Catholic Church was well aware of this rite,” La Civiltà Cattolica article recalls. Ambassadors are therefore asking the Council Fathers to modify the bit of the canon which calls for the excommunication of those who say that a marriage can be dissolved if the other spouse commits adultery. The request also points out that excommunication in such cases goes against the ideas of the “venerable doctors”.

The Fathers of the Church whom the Venetian ambassadors were referring to, are: Cyril of Alexandria, who speaking about divorce, said that “it is not the letters of divorce that dissolve the marriage in relation God but the errant behaviour”; John Chrysostom, who claimed that adultery was responsible for the real death of marriage; and finally, Basil, who believed that when a husband is abandoned by his wife, he can continue to be in communion with the Church (the text presupposes that the husband has remarried). Venice’s ambassadors therefore suggest the canon be worded differently. They suggest that the Council of Trent should scrap the rule that condemns the Eastern custom of allowing second marriages when adultery is committed, including the bit about excommunication.

“The aim is to avoid the condemnation of Catholics living in Venetian territories, who depend on bishops in communion with Rome, for a very old practice relating to marriage: a practice which is unique to the “Greek rite” but which does not fit with the principle of the indissolubility of marriage espoused by the Council. In order to prevent a potential schism, it has been suggested that the canon be modified so that followers of the Eastern rite are not excommunicated, only those reject the doctrine on the indissolubility of marriage. This would ensure that such a punishment would only apply to those who reject the Pope’s authority or the teaching of the Church, and not to Greek Catholics who do recognize these.”

After the discussion, 97 Council Fathers expressed themselves in favour of the Venetians’ request and approved it, while 80 were against the Eastern practice, but divided in terms of their reasons. “This did not mean that the majority of the Council Fathers wanted to call into question the indissolubility of marriage,” La Civiltà Cattolica writes. “The intention was simply to discuss how this condemnation was expressed. This does not affect canon five which opposes divorce.”

The new version of the seventh canon is worded as such: “If any one saith, that the Church has erred, in that she hath taught, and doth teach, in accordance with the evangelical and apostolical doctrine, that the bond of matrimony cannot be dissolved on account of the adultery of one of the married parties; and that both, or even the innocent one who gave not occasion to the adultery, cannot contract another marriage, during the life-time of the other; and, that he is guilty of adultery, who, having put away the adulteress, shall take another wife, as also she, who, having put away the adulterer, shall take another husband; let him be anathema.” The wording, Fr. Pani observes, “is unique, because on the one hand it condemns the doctrine of Luther and the reformers who disregarded the Church’s practice in relation to marriage, but on the other, it left Greek traditions unscathed even though they tolerated second marriages.” Another important correction that was made, was that the marital union was not longer referred to as “marriage” but as “the bond of matrimony”. The canon therefore only refers to the internal indissolubility of marriage, that is, the fact that a marriage cannot be dissolved ipso facto, neither in cases where one of the spouses has committed adultery, nor when spouses decide to divorce according to their own conscience. And the Council says nothing regarding the question of whether the Church can declare the dissolution of the marital bond or not.”

According to La Civiltà Cattolica’s article, what the early Church meant by “indissolubility”, was the evangelical requirement that a marriage must not be broken and that a couple must follow the Lord’s teaching that “what God has joined together, man must not separate.” This was in contrast to the principles of civil law, which considered repudiation and divorce to be legitimate. “And yet,” Fr. Pani observed, “it is possible even for a Christian to fail in his or her own marriage and for them to form another union; this sin, the same as any other sin, was not excluded from God’s mercy and the Church had and claimed the power to absolve a person from this sin. It was about showing mercy and applying pastoral indulgence, being sensitive to human fragility and sinfulness. The Eastern tradition kept this concept of mercy and renamed it oikonomia: although the Church recognizes the indissolubility of marriage proclaimed by the Lord, as a reflection of Christ’s union with the Church, His wife, in practice, it must deal with the problems experienced by spouses who face the irretrievable breakdown of a marriage. After the bishop has carefully considered a specific situation and after a period of penance, faithful may be reconciled, a second marriage may be declared valid and the individuals concerned may be readmitted to communion.”

The Jesuit periodical recalls that in its early days, the Church “whilst considering adultery to be amongst the gravest of sins, along with apostasy and murder, bishops had the power to absolve all sins, even those linked to matrimonial infidelity and the contraction of a new marital bond.”

This is the forgotten chapter of the Council of Trent. “It seems strange today that the Council does not condemn second marriages between Catholics that follow the Eastern Rite whilst at the same time proclaiming the indissolubility of marriage. But this is history: a page of evangelical mercy for those Christians who are suffering as a result of an irretrievably failed marriage; but also a historical fact that has obvious ecumenical implications.”