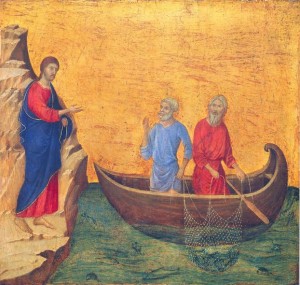 Funding for the event was made possible through a bequest to the OCA for use in the areas of mission and evangelism.

“A focus group met several months ago to consider the best way to use the bequest,” said Archpriest Eric G. Tosi, OCA Secretary and Mission School facilitator.  “After reviewing 19 different proposals, task force members selected three options, which were submitted to the members of the Holy Synod, who in turn selected sponsoring an annual school in various regions to teach the theory and practice of missions and evangelism to clergy and lay leaders.  The proposal also was supported by members of the Metropolitan Council.”  [See related story.]

Twenty-six participants—13 clergy and 13 lay leaders—representing every OCA diocese will participate.  It had been decided that the bishops would select two participants from their respective dioceses to participate in the school.

The Mission School will feature a comprehensive introduction to a wide variety of disciplines, including the Theology of Mission and Evangelism, Building Community, Stewardship and Finance, Catechism and Education Programs, Revitalization Efforts, and practical hand-on exercises culminating in the development of specific action plans.

“The Mission School is intended to have a ‘multiplier effect,’” Father Eric noted.  “It is hoped that participants will take all that they have learned throughout the week and share it with others in their respective dioceses and regions.”