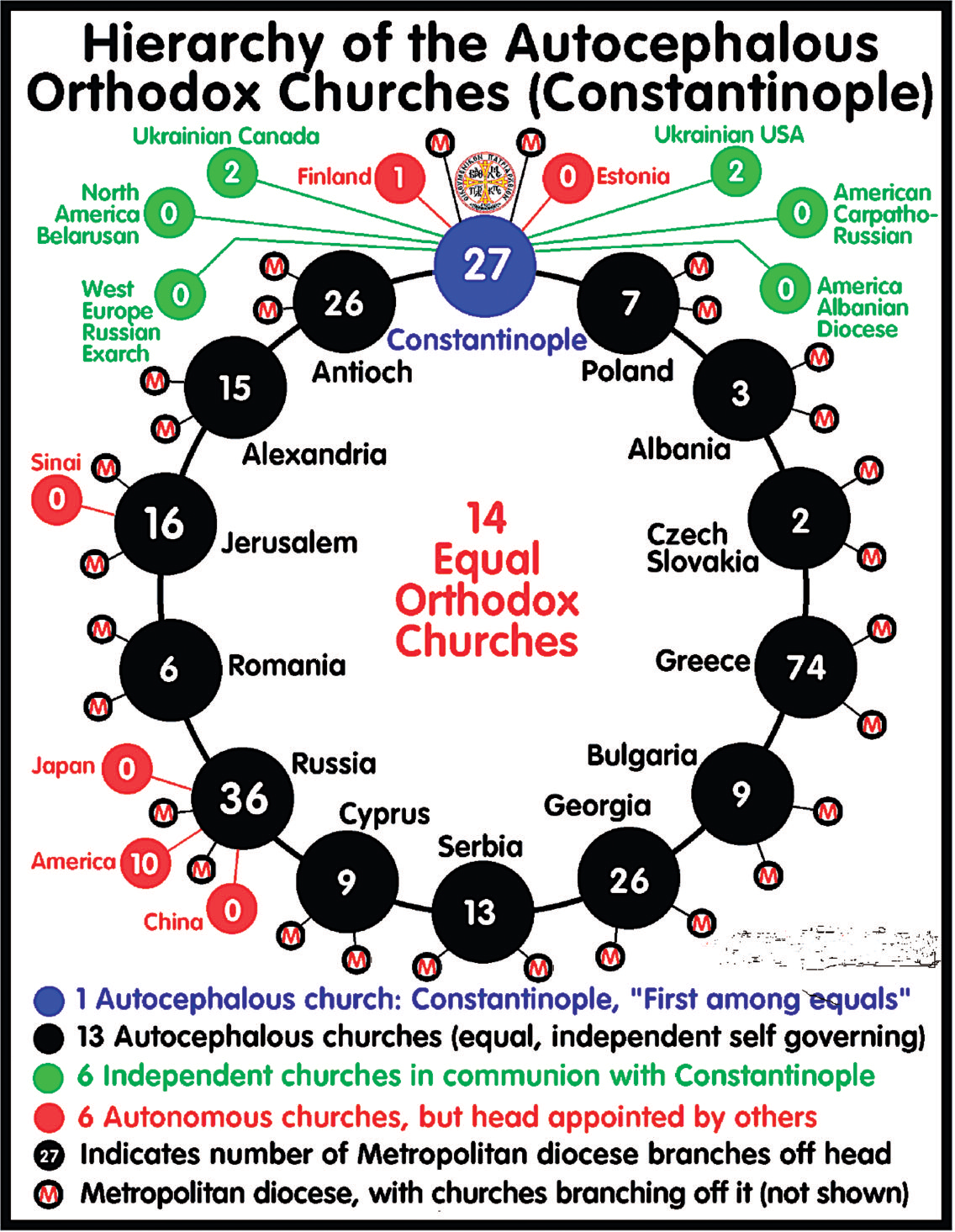 Stripped of the flowery language, scriptural citations, references to canons, and instances where canons have been bent or ignored, and seeking to deny what everyone knows is the uncanonical condition of the Church in North and Central America by allusions to “situations of genuine canonical anomaly,” the message that Kyril and Danili are delivering to their brother hierarchs is simply that they are afraid to move forward.

In a sense, these two hierarchs have done the Church in America a favor.

After four years of Assembly of Bishops meetings in obedience to the commands of the Mother Churches issued in Chambesy, Switzerland – they have finally gotten around to expressing what a significant, hopefully a minority, of faithful in other jurisdictions (including the GOA, I dare say) are also afraid of.

They see the creation of a united Orthodox Church in America as a threat to their ethnic identities; to their individual (or their parents’ or grandparents’) languages and cultures.

Are they really saying that they consider themselves and their flocks to be more comfortable living in Russian/Bulgarian ghettos in America, tied to their “Great Mother Churches” in Moscow and Sofia? Do they want to be “Daughter Churches” of their “Mothers” in the Old Country” – forever? Are they not ready to join the other Orthodox in North and Central America in an administratively united local Church? Part of a single synod of canonical bishops, electing its own head? Are they unable to picture themselves to be a part of an Evangelical Church, answering the Great Commission of Pentecost by bringing Orthodoxy to America while evangelizing their own flocks? Do they and the flocks who have been entrusted to their care understand that when they recite the Creed they acknowledge that they are professing that they believe that they are part of “One Holy, Catholic and Apostolic Church…not an “ethnic society” whose primary goal is to preserve the cultures and languages of the countries they, or from which their parents (or grandparents) emigrated?

In other words, are they afraid to be part of a local, autocephalous Church that will take its place as a “Sister” Church with the other autocephalous Orthodox Churches in the World?

If these fears and opinions are real, they must be confronted and dealt with.

What assurances do Kyril and Danili need that each parish would be free to use whatever language best served the needs of their faithful? What guarantees will suffice to satisfy the fears of these folks that an administratively united Orthodox Church in America will not mean that ethnic foods, dances, festivals and costumes will be banned? What will suffice to allay concerns that recent immigrants who have arrived on these shores from Russia and Bulgaria will leave the Church if the Church in America is united under a single synod of canonical bishops? Clearly, these fears and concerns can receive the assurances and guarantees that can be articulated and made a part of any plan that the Assembly arrives at to comply with the Chambesy directive to bring the Church in North and Central America into canonical order.

Is it possible that the questions that the Kyril and Danili letters really raise, have less to do with language and culture than they have to do with Old World politics? At about the same time as the ROCOR/ Bulgarian dust-up, word was sent out that all Antiochian Bishops in Assemblies of Bishops around the world, have been ordered to withdraw from participation because the Patriarch of Jerusalem authorized the establishment of a parish in Qatar, an Arab emirate occupying the small Qatar peninsula; an absolute monarchy with a population of slightly more than two million. Apparently, Qatar is claimed to be within the territorial jurisdiction of the Patriarch of Antioch, which is located in Damascus, Syria. So we ask: “How many Orthodox Christians there are in Qatar? Or, more to the point: Does the future of the Orthodox Church in North and Central America depend on a territorial dispute between the Patriarchs of Antioch and Jerusalem? Isn’t this “Exhibit One” of why the Church in America must become self-governing?

The Statement issued by Archbishop Demetrios concerning this “temporary withdrawal” of the Antiochians (his characterization) coupled with his observation that “the particulars of this matter.. have nothing to do with the situation here in North and Central America” means that the work of the Assembly will continue while Antioch and Jerusalem resolve which has “jurisdiction” over Qatar. Which brings us back to ROCOR and the Bulgarian Diocese in the US and Canada.

The question that Kyril and Danili need to answer is: “Are you concerned about language and culture, or are you responding to concerns that the Patriarchs in Moscow and Sofia have that a united Orthodox Church in America means that it will be dominated by the Greek Orthodox Archdiocese as an “Eparchy” of the Patriarchate of Constantinople? And that question brings us to the ultimate question that should be addressed to the promulgators of the Chambessy directive to the Churches in the so-called “Diaspora.”

The question is simple: “When they issued the Chambessy documents, were they
serious?” Are they (especially Constantinople) prepared, at least with respect to the
United States of America to accept an administratively united, local Church, under a single Synod that elects its own head; that is, an autocephalous sister Church? That is a question that each of the Bishops attending these Assemblies should be asking the
heads of the Autocephalous Churches, from Istanbul to Prague to answer.  Ultimately, it a question that Archbishop Demetrios, as President of our Assembly should ask Patriarch Bartholomew.

George D. Karcazes is a Chicago Attorney and a Board Member of the Orthodox Christian Laity.

Letter from the Secretary of the Synod of Bishops [ROCOR] to the Chairman of the Assembly of Canonical Orthodox Bishops in North and Central America – Pravmir.com