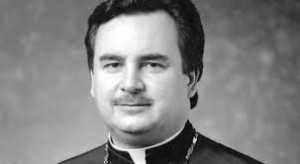 Father James Dokos has the Church in a fine mess

The case of Fr. James Dokos, former presiding priest of the Annunciation Parish in Milwaukee has brought to light once again a lack of leadership in the Greek Orthodox Church, on the Archdiocesan and Metropolis levels.

The Milwaukee DA has charged Dokos with theft of trust funds, and Bishop Demetrios of Mokissos with attempt to interfere with the judicial process.

First of all Fr. Dokos should not have been involved with financial issues involving his parishioners including assuming the role of caretaker of the trust established by the Franczak family.

Undoubtedly, this entire unholy incident could have been dealt with from the very beginning some three years ago when it was first made public, if there had been true leadership.
The official charge by the authorities against Fr. Dokos proves very clearly that in this great country of law and order, nobody is above the law – not even priests.

Certainly, we all should keep in mind that a charge of a crime does not necessarily equate guilt. The accused, after all, are considered innocent until proven otherwise.

Nonetheless, when a priest who is the “steward of the mysteries of God” is being accused for theft, I think it should concern the whole Church and especially those who hold official administrative positions and responsibilities.

It is well-known that there are priests who, unfortunately, from time to time approach old and lonely parishioners, showing them concern and pastoral care, in return for cash, cars, and even real property, as did Margaret Franczak, who transferred her Florida home and car to Fr. Dokos.

There are also cases that priests spent hours and hours day and night in the hospitals at the bedside of old and childless individuals and become under shady conditions executors of their Wills and Trusts or, worse yet, beneficiaries.

It seems strange as to how and why Bishop Demetrios of Mokissos using his authority as chancellor of the Metropolis of Chicago transferred Dokos from the Annunciation parish of Milwaukee after 22 years of pastorship there to the parish of Saints Peter and Paul in Glenview, IL, in turn compelling Fr. Angelo Artemas to be transferred from Saints Peter and Paul to the Annunciation.
It seems even more strange that Dokos gave money to Bishop Demetrios from Franczak’s Trust since he is in a direct way his ecclesiastical superior. Dokos also gave monies to Metropolitans Tarasios of Buenos Aires and Nikitas of Daranellia, Director of the Athenagoras Institute of Orthodox Theology in California.

If there was Archbishopric leadership in the Archdiocese, this issue should have been alarming. Once again, ecclesiological and canonically speaking, there is only one ruling Bishop in this Archdiocese, Archbishop Demetrios of America, Exarch of the Ecumenical Patriarchate, simply because there only one Ecclesiastical Eparchy, the Archdiocese.

The Metropolises are not autonomous and self-sustained Metropolises having their reference directly to the Ecumenical Patriarchate, although they commemorate the Patriarch’s name in the Eucharist and in the Sacred Services because if they commemorated the Archbishop’s name the Archdiocese automatically would have been Autonomous.