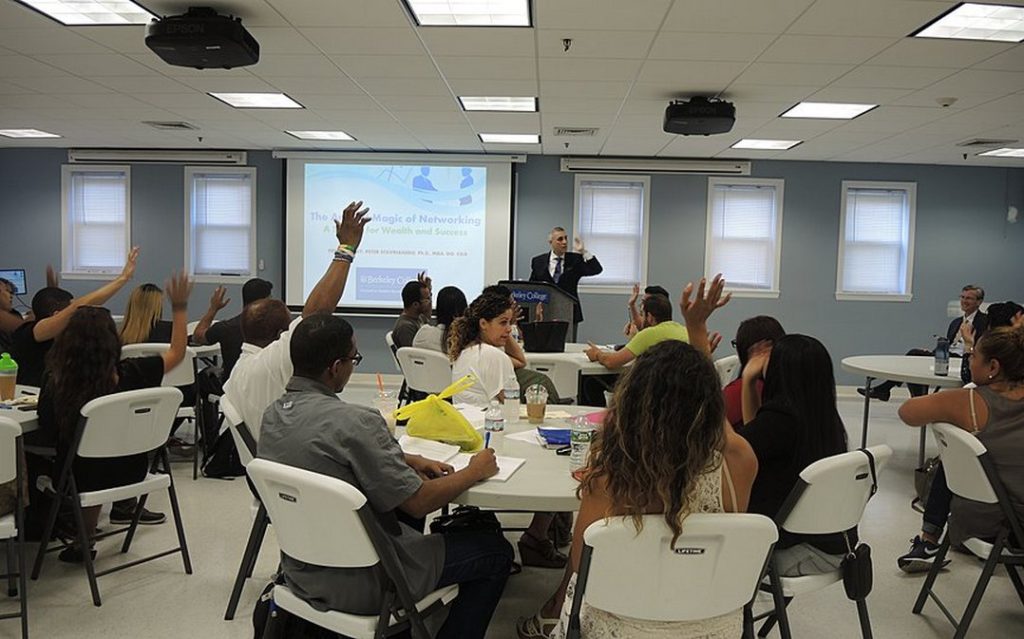 BOSTON – Dr. Panos Stavrianidis, professor, researcher in Greek-American matters and the Orthodox Church and a successful jeweler in his professional life will speak at the upcoming AHEPA Supreme Convention in Athens on the topic `The Evolution of the Greek-American Community in the 21st Century and the Struggle for its Survival. He touched on those and other important Greek-American Community issues in an interview with The National Herald, which follows:

TNH: How did you spend your time during the pandemic from a personal, family, and professional standpoint?

Panos Stavrianidis: The period of the pandemic was an unprecedented `attack’ against humanity, which did, in fact, push our professional, social, and human endurance to the limit. Fortunately, for my family and me, we were able to get through it without serious consequences. As for our family business, it has come back even stronger, and we are experiencing a period of growth and prosperity.

TNH: I understand that you will be taking part in the AHEPA Convention in Greece, and in fact, you will be one of the speakers. What topic will you discuss?

PS: I am participating in the AHEPA Convention as a representative of the Monroe chapter in New Brunswick, NJ. I will be speaking on the topic `The Evolution of the Greek-American Community in the 21st Century and the Struggle for its Survival.’

TNH: Why did you choose this topic in particular?

PS: It is a topic on which I have conducted extensive academic research using qualitative and quantitative data, for which I was awarded a doctoral degree by the Panteion University of Athens some years ago with a grade of excellent. Since then, I have participated in various lectures on this and similar topics concerning the Greek-American Community with additional data that were presented at various forums both in the United States and in Greece. Finally, my continuous and intense involvement in Greek-American organizations, as well as other civic groups, over the past 40 years has provided me with firsthand experience and a keen sense of Greek America.

TNH: Do you believe that the Greek-American Community is struggling to survive? If so, from which standpoint, because I believe that from a material standpoint it possesses ample wealth.

PS: Greek-Americans, together with Jewish Americans, are ranked at the top of the list in terms of financial success and academic achievement. This is certainly a reason to be proud. Moreover, compared to other ethnic groups, Greek-Americans have managed over several generations to become integrated without becoming totally assimilated. However, the 21st century, which is being accompanied by a sharp rise in multicultural autonomy, has created an environment that is very conducive and accepting of mixed marriages. Diversity is no longer taboo, and in most instances, it is even desired because it represents a more demographically modern and realistic American landscape, where political correctness holds a prominent position and stature.

TNH: Tell us a little about your research, its findings, and the related statistics.

PS: Due to the fact that my research is based largely on quantitative data, which consistently support the recommendations in the study, it is clearly evident that contraction is relentless and rampant. The statistical analyses included in this study do not lie and they indicate that the deterioration of Greek America is underway as we speak. Naturally, on the one hand, this is not necessarily a bad thing because it suggests that Greek-Americans are climbing to the upper echelons of American society, which, by general consensus, are the predominant strata from an economic, social, and political standpoint. On the other hand, however, we can see that this upward mobility comes with a price. This price includes the following: practically the nearly complete loss of the Greek language, the gradual distancing of the third and fourth generation from the Greek-American setting, and virtually the complete loss of the Greek identity – especially by the fourth generation. For this generation in particular, perhaps its lone ephemeral contact with the Greek-American Community lies in the “Dionysian elements,” according to the ever-memorable sociology professor Dr. Moskos. The “Dionysian elements” are things that you would find at Greek festivals, like gyros, souvlaki, folk dancing, etc.

TNH: Would you agree that the Church, through its parish communities, is the most fundamental and substantive apparatus in the Greek-American Community?

PS: The Church is undoubtedly the strongest pillar of Greek America. My study is based on quantitative and qualitative research that was conducted in the Church setting, and specifically, in the Metropolis of New Jersey, which, due to its large geographic and demographic breadth, lends itself as an ideal area for research sampling. Moreover, it is a very familiar and friendly terrain for me due to my involvement in civic affairs. Is there Hellenism outside of the Church? The fourth generation is almost fully assimilated and has moved away from the Church. Assimilation occurred mainly through mixed marriages, which, in many instances, create a sort of `confusion’ in the family. If the `Orthodox’ side prevails, then it is quite natural that the family will stay close to the Greek Orthodox Church in the hopes that their children will be nurtured in a `Greek’ environment, provided, of course, that the parish offers programs catering to these children, and has a priest who has at least a basic knowledge of the Greek language and culture. Ultimately, despite the huge losses that the Church has sustained over the past 40 years, it remains the strongest `beacon’ of Hellenism in America.

TNH: Based on your research, what concerns arise for the Church – and by extension, the Greek-American Community – to the extent that the members of the Community constitute the Body of the Church?

PS: As mentioned earlier, the Church is undoubtedly the strongest pillar of the community, with all that this entails. This strength certainly presupposes and demands responsibility, leadership, and decisive actions because we do not have the luxury of time. Without getting into matters of theology, which is your area of expertise Mr. Kalmoukos, I dare to say that certain novelties from our leadership could possibly create a climate that would be `more friendly’ and `comprehensible’ for non-Greek speaking members of the second, third, and fourth generation, as well as converts. This climate would help with the liturgical component, which many people do not understand, as well as provide a clearer understanding of the magnitude of our faith, which is very powerful and can easily captivate and inspire. The second premise is particularly important to me and many others with whom I discuss this issue. In my humble opinion, the figure who appears to possess the necessary leadership qualities to enact these changes is Archbishop Elpidophoros, and figuratively speaking, he is our only `hope’ for the implementation of these desired reforms. These reforms will also counter certain suspicious activities being undertaken in some circles to break away our Church from the Ecumenical Patriarchate, etc. In a previous article through the National Herald, I made my case in favor of Archbishop Elpidophoros as a public figure and a contemporary hierarch, and his ability to create a healthy establishment with the appropriate level of spirituality, that will be much more suitable to the present generation. This is a point on which I insist.

TNH: Do you believe that the decline of Federations and ethnic-regional associations is reversible?

PS: Unfortunately, no! This is a gradual and natural development, and our generation will be the one to lay the headstone, marking the end of an era. If there is an organization independent of the Church, which has the ability to survive, that’s AHEPA. It is the modern-day Society of Friends – `Filiki Eteria,’ which as we all know was formed in the beginning of the 19th century and its primary tenet was to unify and free the Greeks from the Ottoman yoke. AHEPA, on the other hand, was founded for the purpose of facilitating the speedy integration of the early Greek immigrants into an American society that was not friendly toward migrants hailing from Southern Europe or migrants who did not fit into the `Anglo-Saxon model.’ The Greeks were not even considered white, but rather, something in between. AHEPA was very successful in this role, and it deserves to be commended. Today, however, it is asked to play what is perhaps an even more important and difficult role. It is called to `save’ whatever Greekness is left from the integration and possible assimilation of Greek America. Therefore, the leading role in the `salvation’ of Hellenism in America will be played by the Church, followed by AHEPA, the only lay organization that has the capabilities to survive and continue contributing to the community.

TNH: What are your thoughts regarding the reorganization of our community apparatuses and institutions?

PS: Without mentioning analyses due to the limitations of the scope of this article, I want to stress that some of the thoughts that I expressed in this interview represent the thoughts of a significant number of Greek-Americans with whom I interact very often and for many years. Regarding the Church, it would be quite constructive to have more frequent contact with the laypersons who serve it, and if it sought out an honest and realistic picture of the needs of the people, which, as you are well-aware Mr. Kalmoukos, are constantly changing. As far as AHEPA, it is in a much better shape than it was 40 years ago, when it would not even dare to issue a protest over the invasion of Cyprus for fear that it might be accused of political meddling. Fortunately, this mentality of fear has subsided and AHEPA has attracted very well-educated and politically sensitized Greek-Americans who are knowledgeable both in the affairs of the community, as well as the national issues of Greece and Cyprus. The conference that will take place in Athens at the end of July is clear evidence of this. I conclude by saying that time is of the essence and that we do not have the luxury of waiting and delaying. We must roll up our sleeves, with clergy and laity working together in unison, for the survival of Hellenism in America!