[ditty_news_ticker id="27897"] Ecumenical Patriarch: Hierarchs who would like to succeed me see the glory, but there is the other side of the coin 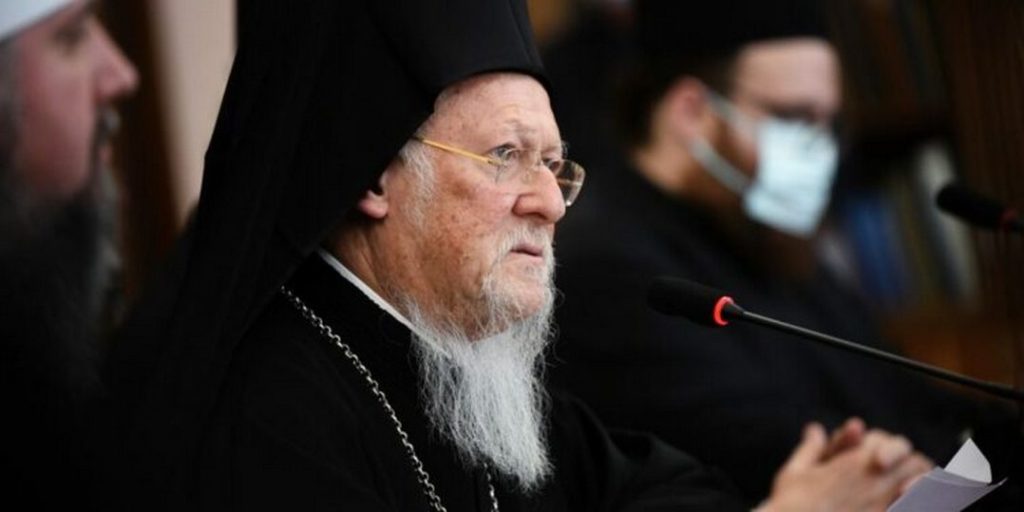 Ecumenical Patriarch Bartholomew gave an interview to MEGA channel. Ecumenical Patriarch Bartholomew referred to the persecutions the Greeks are still subjected to in Turkey, called on the people to be vaccinated “without reservation,” presented his museum in his birthplace, Imbros, spoke about the future of Orthodoxy in the USA but also about the natural disasters caused by the climate change.

Ecumenical Patriarch Bartholomew spoke about the persecutions of the Greeks of Imbros in an interview.

“When I was a student in Imbros, the living conditions of the island were still good. The Central School, which offered education to the Imbrians, operated for only 12 years, that is, from 1952 to 1964, and they closed it. In the 1960s, it was a very tough period.

The suspension of the operation of the Greek Diaspora schools, both the Central School and the primary schools in the villages of Imbros, was what affected us the most. Our lands were also expropriated.

Since most Imbrians were engaged in agriculture and animal husbandry, they could not survive for now owning land. That was a main reason for the expatriation of the Imbrians,” noted Ecumenical Patriarch Bartholomew.

Referring to the rural prisons built by the Turkish State in Imbros, he explained that “they were built on land that was forcibly seized by the Greeks. There was a substandard price but small. Many of my compatriots did well and did not collect it.

At the same time, the Ecumenical Patriarch said the reopening of schools in Imbros was a blessing from God “after half a century of silence.”

“There is rebirth and vibrancy. Some Imbrian families were repatriated,” he added. Finally, he described his feelings when he visited his hometown, Imbros.

“I leave aside the status of Ecumenical Patriarch and become Imbrian again. I become the child of Agioi Theodoroi again. At home, I feel that I am little Dimitris who was playing with his siblings and friends. I feel that not many years have passed. Sixty years of priesthood, 81 years old.”

“Everyone should be vaccinated without reservation”

“It is completely absurd and unfair for some people to be afraid to be vaccinated. There is no reasonable excuse. I call again for everyone to be vaccinated without reservation. In order to avoid possible serious dangers that will turn out to be fatal,” noted the Ecumenical Patriarch.

“As a church, as a religion, as the Ecumenical Patriarchate, in particular, we respect science, the representatives of science, the findings and discoveries of science and conform our lives to them,” he added.