The move has prompted speculation over the monk’s connection to the death of Bishop Epiphanius, who was an ally of Pope Tawadros II 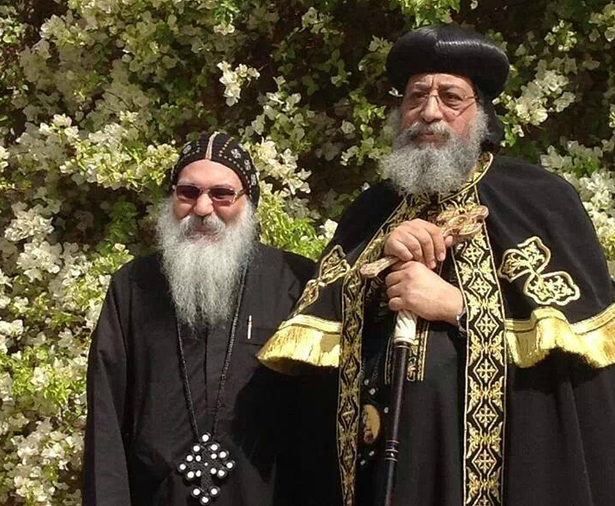 Pope Tawadros II, the head of Egypt’s Coptic Orthodox Church, has defrocked a monk following investigations into the suspicious murder of a prominent bishop in a monastery northwest of Cairo last week.

A statement by the Coptic Church on Sunday, handwritten by Pope Tawadros, announced the defrocking of monk Isaiah Macarius, based on an investigation by a church committee that found him guilty of committing acts deemed “incompatible with monastic conduct”.

The decision follows investigations into the murder of Bishop Epiphanius, the abbot of Saint Macarius Monastery in northern Egypt’s Wadi el-Natrun, on 29 July in an incident authorities have said is highly suspicious.

The church decision includes dismissing the monk from Saint Macarius, ending his monastic affiliation, returning him to his secular name Wael Saad Tawadros, and urging him to “repent and reform his life”.

In February, Coptic websites reported that Tawadros II had ordered the transfer of Isaiah Macarius to another monastery based on a complaint from Bishop Epiphanius. Macarius challenged the decision, collecting 45 signatures from his fellow monks who asked the pope to rescind the decision.

Being defrocked means the former monk could now be prosecuted in a civilian court.

Tawadros II instructed all Coptic monks on Thursday to suspend their social media accounts, and himself left Facebook the next day as social media became a platform for speculation regarding the killer of the bishop. Many Coptic commentators and activists suggested the murder was an internal affair committed by one of the bishop’s colleagues.

“Loss of time on social media has become a waste of age, life and purity. Because obedience is one of my monastic vows that I should protect and preserve, I will stop posting on Facebook and will suspend my page,” Pope Tawadros said in his final Facebook post.

Following a probe by a church committee, the church announced on Thursday it would stop accepting new monks for a year starting 1 August, and announced 12 orders that all monks should comply with or face defrocking. The measures included suspending any social media activity and refraining from any statements to the press.

The slain bishop was ordained by Pope Tawadros II and was considered one of his allies in a reformist camp within the Coptic Church in Egypt.