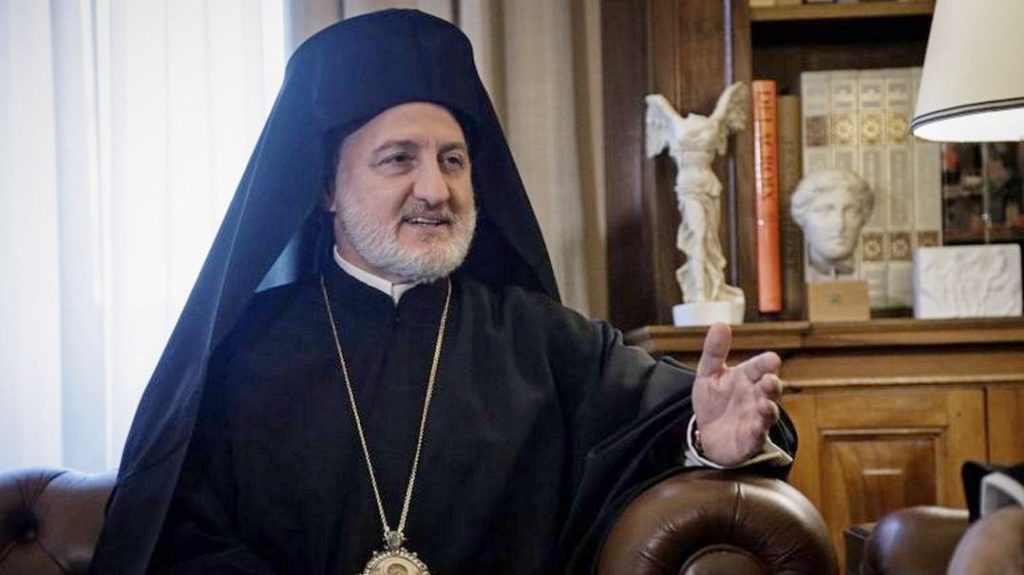 Archbishop Elpidophoros has not stopped working for a minute, paving the way for his arrival – in just a few days – in the United States.

He is visiting the leaders of the political parties of Greece, large and small, without distinction, as well as its religious leaders. And what he is doing is right and useful on two levels:

First, it is good to have a personal relationship with them, as it will come in handy when America’s Archbishop needs the Motherland’s co-operation.

And second, because it is time for us and Greece to work together to strengthen our relations.

The election of Mr. Elpidophoros has provoked so much interest and optimism that, as I am informed, there are many who expressed the wish from Greece to attend his enthronement. This is despite the fact that a few days later – as it turns out – Greece will hold national elections.

In addition, preparations for the enthronement are progressing rapidly. And, according to our sources, the Archbishop has informed the organizers that he wants a modest ceremony.

And rightly so, because, on the one hand, our Archdiocese – as we know – is virtually bankrupt, and on the other hand, the enthronement is also an opportunity to send the message in every direction that with Archbishop Elpidophoros we are entering a new age: an era of seriousness and spirituality.

It is about time.