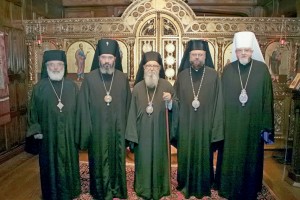 Members of the Executive Committee of the Assembly of Bishops