[ditty_news_ticker id="27897"] What We Expect! Looking Forward to the Holy and Great Council - Orthodox Christian Laity 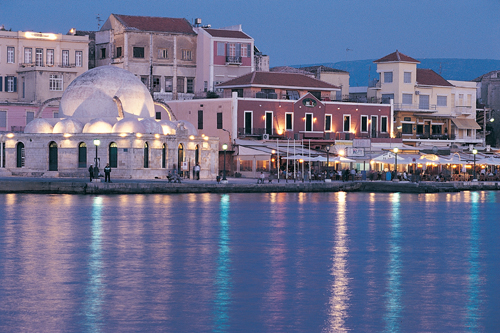 Lent is coming to an end.  We are preparing for Holy Week and Pascha.  The liturgical cycle will turn toward Pentecost.    This Pentecost, June 19, will be different from other celebrations.  We are praying and looking forward to the opening sessions of the Holy and Great Council.  This meeting has been 1200 years in waiting, and its agenda has taken 80 years to prepare.

This council is a turning point in world Orthodox Christianity and indeed the entire Christian world.  Bringing the bishops to Chania, Crete has not been an easy task.  The Patriarchs, autocephalous and autonomous bishops signed off on convening this meeting called by Ecumenical Patriarch Bartholomew in October 2008. The agenda and rules of procedure were subsequently approved over a period of time after this initial meeting by these same bishops.  But they have been expressing all sorts of considerations since the original consensus was made to proceed with the meeting.   Relying on the inflexible application of tradition is not the way to discern what God intends for His Church or what is expected from His Shepherds.

The internet is full of letters from Metropolitans and bishops expressing considerations.  World affairs since 2008 in Antioch, Jerusalem and Qatar have impacted the consensus.   Deliberations of Assemblies of Bishops in Canada, the USA, and Europe have brought forth additional considerations.   The Eastern European Block and Russian Patriarchate have offered their considerations about unity and autocephaly regarding the churches they oversee in the lands outside the borders of the ancient Roman Empire.  Some believe that bringing together the bishops in one meeting place is the major achievement that we can expect.

Some of us have different expectations.   We are expecting that the entourages of the Patriarchs, autocephalous and autonomous bishops will include invitations to bishops of the daughter churches that exist throughout the world from Asia, Africa, South America, Europe, Canada, Australia and the USA.  Bishops from these churches need to be included in the meetings of the Holy and Great Council.   Those of us living in lands outside the boundaries of the ancient Roman Empire expect that daughter churches in Europe, Asia, South America, Africa and the USA will be unified and self-governed, because parallel jurisdictions in the same geographic areas are uncanonical.  This uncanonical situation of disunity hinders the mission of the Church and does not enable it to meet the spiritual needs of the faithful, so that they can participate in church life fully and completely.

We expect that the bishops will come to the meeting knowing that they are entering Holy Space, a Holy Time, a protected place where God shows the way.   They need to put behind them their parochial mindsets, turf issues, national and ethnic and do their work as instruments of the Holy Spirit which is present everywhere and fills all creation.  There are no easy answers to difficult issues confronting the bishops.  They are not called to a congress where they negotiate, bargain or compromise. They are called to discern God’s will for His Church and to be open-minded and thoughtful, so that God can show the way for the good of His Church which they shepherd and serve.  The world and the faithful are watching.