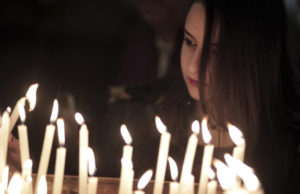 This year’s National Prayer Breakfast, an important annual American tradition involving many hundreds of religious and political leaders and other officials from all over the world, was held on February 8.

This year’s main speaker was President Trump, and so much importance is attached to that fact.
The president said that “religion plays a central role in American life and freedom.” And so it does. Americans, on average, are religious people. They do not hesitate to express their faith in words and deeds, Their faith is a deeply rooted human need and a way of life.

I am convinced that religion plays an important role in the life of almost all of us. Most of the time we know it. Sometimes not. But faith can be manifested in many ways: from our behavior toward our neighbors, the struggle against our egos, the forgiveness of our enemies, even our churchgoing practices. And sometimes we only need a random, even relatively small event to make our faith manifest.

And, as is well known, there are many cases of former infidels, even religious opponents, who radically changed their minds and turned into the most ardent believers and devout people.

Unfortunately, not all human beings on earth believe in the same God. But even within Christianity itself, the deviations are great. And, of course, the long-awaited union of all Christian churches continues to be a deceptive dream.

We, the Greek Orthodox Christians, have the extra honor and responsibility insofar as we are the guardians of the right, true Christianity. And that also increases our responsibility, not only to perform our religious duties exemplarily, but also to preserve our religious foundations and institutions as best we can.

But this is often not the case. We lose the forest for the trees. We lose the essence of our faith over the priest or bishop who strayed from his path. Unfortunately, it is a common occurrence nowadays, and we have the duty to reveal that behavior and its impact on society. In no case should we allow some “black sheep” to influence our faith and our relationship with the Church.

Still, we Greeks have rare treasures that we ought to preserve and maintain. Such as Mount Athos and other holy places in Greece, as well as in the Greek communities of the Diaspora, the Ecumenical Patriarchate, the Patriarchate of Jerusalem, and elsewhere.

Faith requires struggle, effort. But it is also an atonement. A relief. A liberation.