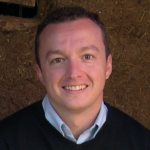 Nick Chakos has over 15 years of experience in Orthodox non-profit leadership, fundraising, strategic planning, and program development. In his 13 years with the IOCC, he served as Interim Executive Director, and grew the IOCC presence in Romania from a one-man operation on a shoestring, to a multimillion dollar agency with 53 employees doing extensive work in child welfare and AIDS prevention. For this reason, the Romanian Orthodox Church awarded him the Miron Cross, the highest distinction given by the Church to civilians for outstanding social service to Romania.

Prior to IOCC, Nick worked for the Tanzanian Development Association, a division of the Orthodox Church in Tanzania. Nick is also an Adjunct Professor at the University of Pittsburgh Graduate School of Public and International Affairs.

The new Executive Director is enthusiastic about assuming the helm of FOCUS. In an article written by Ann Rodgers of the Pittsburgh Post Gazette, Chakos noted, “FOCUS is so far ahead of the curve in terms of both fundraising and project development, it’s amazing. If you look at their portfolio, you’d think they had been around for 10 to 15 years.”

Chakos succeeds the first Executive Director, Fr. Justin Mathewes, a graduate of St. Vladimir’s Seminary and a priest with the Orthodox Church in America. In an April 2011 interview, Fr. Justin explained the ministry’s purpose and vision. “FOCUS NA was born out of the earnest desire of faithful from all Orthodox Christian jurisdictions to do all we could to help the poor, especially given the times.”