Who are we?  What do we believe?  How do we share our beliefs?  These are the fundamental questions upon which the Fellowship of Orthodox Churches of Connecticut was founded more than twenty-six years ago and which provide the direction and impetus for the work of FORCC members today.

The vision of FORCC is twofold: It is both external and internal.

The Fellowship of Orthodox Churches of Connecticut recently experienced the loss of three prominent leaders of FORCC whose belief system propelled them to work toward achieving the fundamental vision of FORCC. 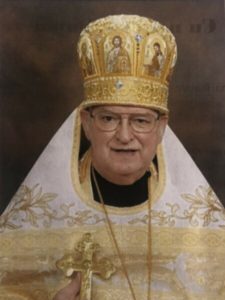 The Mitred Archpriest Nicholas Timpko was the parish priest of Three Saints Church in Ansonia, Connecticut for twenty-seven years. He also held administrative positions in the deanery and diocese. Without hesitation, he attended the first meeting of FORCC, which was held at Holy Trinity Greek Orthodox Church in Bridgeport, and from the time of that first meeting he enthusiastically and tirelessly worked as clergy advisor of FORCC.  Throughout the years Father Nicholas never failed to attend meetings and workshops and to provide sound leadership and counsel as the members developed plans for the church-school workshops, for the statewide billboards, for the speakers on college campuses, for educational programs, for the development of the scholarship applications, and for the work of the prison ministry. Father Timpko was a soft-spoken person of few words. When he spoke, people listened.  He provided wise counsel, encouraged and led his own parish flock to build upon the shared FORCC precepts. Even in declining health and long after his retirement in 2006, Father Nicholas continued to be an ardent FORCC supporter. 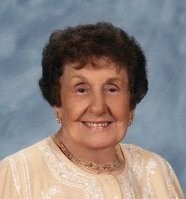 Eva Vaniotis from Holy Trinity Greek Orthodox Church was the energetic church school coordinator of Holy Trinity who also worked on Greek Archdiocesan church school projects.  Always her main interest was in educating all Orthodox youth. Eva worked on the Greek Orthodox Oratory contest motivating students and enlisting FORCC volunteers to help. She designed her summer church – school program and invited both Orthodox and non-Orthodox. She developed the FORCC Scholarship applications and the scholarship committees and worked to enlist funding from various community groups to help pay for the scholarship program as well as for all FORCC endeavors.  Eva believed in new ideas and helped design and work for the young talent program sponsored by FORCC. She invited everybody to Holy Trinity for these events and made sure to show the best hospitality by advertising the work of FORCC to others and engaging their aid.  Eva’s work spanned years in her own life, which would be considered retirement years by many. In her late seventies and well into her eighties and nineties, she travelled across the state and always showed a big smile and spoke kind words. Her eyes would light up whenever she talked about young students’ accomplishments.  Eva’s health forced her to slow down in recent years. Eva was “a young” ninety-nine when she died this past spring.

Along with Eva Vaniotis and Father Nicholas, William, “Bill” Balamaci attended the first FORCC meeting, and, as they say, “He never looked back”.   As president of FORCC, Bill’s consistent visionary outlook set the tone and direction of FORCC.  Bill believed in the importance of camaraderie and year after year worked behind the scenes on the FORCC benefit banquet. A businessman himself, Bill knew the value of money and he tirelessly contacted numerous businesses to contribute to the work of FORCC. When FORCC was approached to help sponsor Frederica Mathewes-Green at the Yale Divinity School, Bill seized upon the idea and arranged for a chartered bus of Orthodox and non-Orthodox to attend. A parishioner, a council officer and member of St. Dimitrie Orthodox Church in Easton, he was steadfast in his faith. Bill always knew who he was, where he was headed, and how to get there. He knew that Orthodoxy in this land can be salvation for all, but it is the Orthodox Christians who have to make their faith known.

It has been a privilege and an honor for me to have known these giants of the faith, to have worshipped with them, to have laughed with them and to have worked with them.  While we pray for the departed, I think Father Nicholas and Eva and Bill are probably praying for us as we continue the work of the Fellowship of Orthodox Christians.