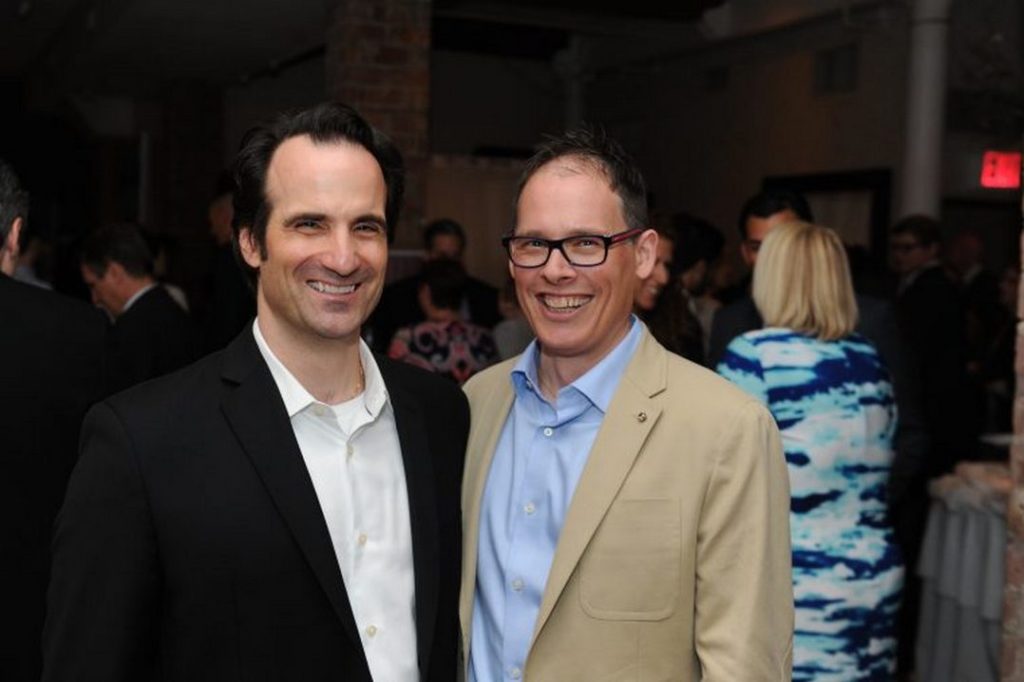 NEW YORK – Greek Orthodox Theological Scholars Drs. Aristotle Papanikolaou and George Demakopulos, professors at and co-Directors of Fordham University’s Center of Orthodox Christian Studies, recently spoke with the National Herald about their work and the current state of Orthodoxy. The interview follows. 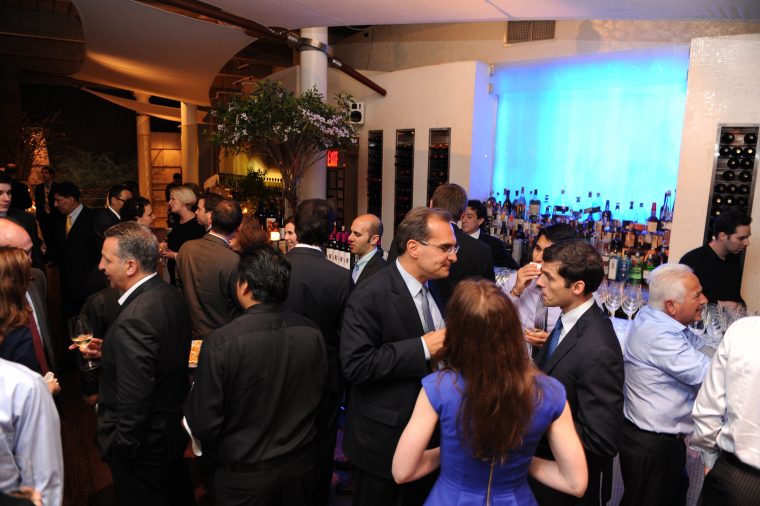 TNH: What is it like to have an Orthodox academic center in the very heart of a prominent Roman-Catholic university?

AP/GD: Since Vatican II, the Roman Catholics, and especially the Jesuits (Fordham is a Jesuit university) have very good friends to Orthodoxy, even if Orthodox Christians have not reciprocated. The Jesuits have been very good to us at Fordham, and it is telling that after His All Holiness, Ecumenical Patriarch Bartholomew, visited Fordham in 2009, we were told that the Jesuits commented on how the ecumenical gathering in the University Chapel that celebrated the bestowal of an honorary doctorate on His All Holiness was “Fordham at its best.”

TNH: Is it just an academic learning vehicle or it is also a witness of the Orthodox faith, tradition and thought?

AP/GD: It is both. There is really very little understanding of Orthodoxy, even though there is much desire to know about it in the wider Christian world. So, there is definitely witness of Orthodoxy, but also we promote and encourage critical academic engagement with Orthodox theology, and with the sometimes rigid ways that Orthodoxy is perceived. This critique is both external and internal in that many Orthodox Christians perpetuate false claims about their own faith. For example, many Orthodox claim Orthodoxy has never changed in 2000 years. That is absolutely false. 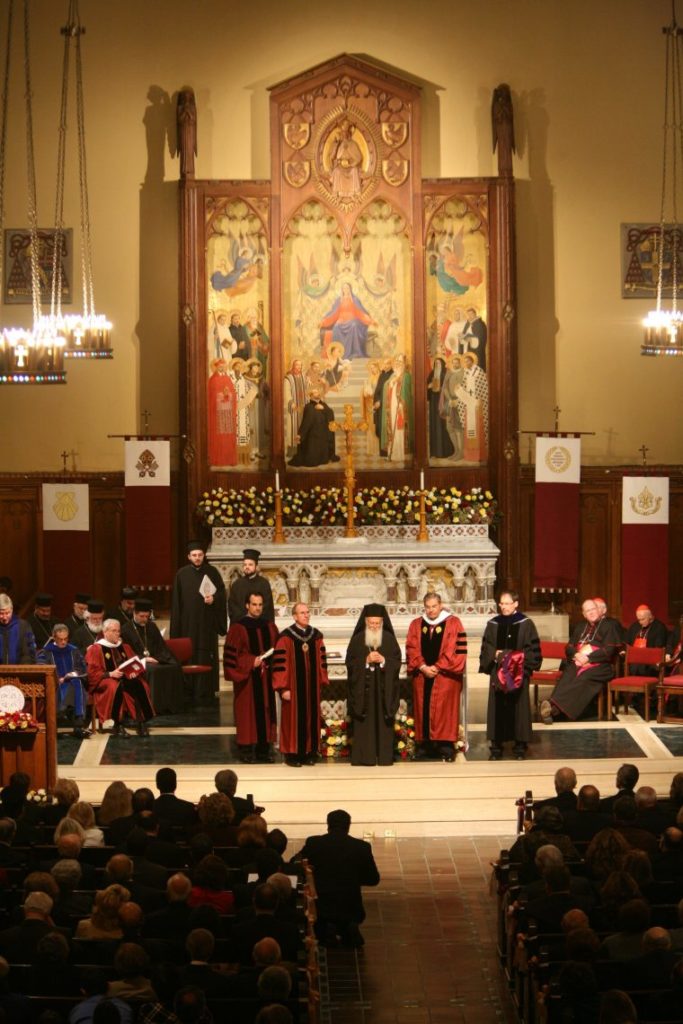 TNH: What does theology have to offer to contemporary digital world and today’s men and women who view the faith mostly as an ideology and less as a personal relationship with God? How do you describe the ontology of faith?

AP/GD: The challenge is to convince people that being “religious” is about a personal relationship with God. That is very difficult today, when people are declaring that they are “spiritual and not religious.” The question we must answer, and which our Center attempts to address, is “why be Orthodox?” We believe that the reason that people are rejecting religion in general, and why our own people are leaving the Church, is that Orthodoxy is often portrayed as a religion of simply rules to follow to get to heaven. What is often forgotten is that Orthodoxy has a rich spiritual tradition of thinking and learning to realize theosis in our life, which, if God is love, means to be more loving in the world. Our tradition is like any tradition in the arts: it is one of learning and cultivating the practices that allow one to become Orthodox, not simply claim it as an identity. Much like a dancer needs practice to become a dancer, our Church is a training ground where we engage in practices to become Orthodox, which is deification, which is becoming more loving. Our Center attempts to uncover and amplify these forgotten aspects of our faith and tradition, which we feel can meet the challenge of those who are leaving the Church or claim religion is simply an ideology.

TNH: Can you name some unique programs and activities that the Center does in order to engage in dialogue other Christian Affiliations or even the fundamentalism aspect of Christianity?

AP/GD: Most of our programs have an ecumenical component to them, from the Orthodoxy in America Lecture, to the Solon and Marianna Patterson Conference on Orthodox/Catholic Dialogue, to the Orthodoxy and Human Rights project funded by the Henry Luce Foundation. One of our most unique programs is our online publication, Public Orthodoxy (publicorthodoxy.org). It is here especially that allow engagement with issues that many in Orthodoxy feel should not be discussed, such as ordination of women to the diaconate and the impact of fundamentalism in the Church. 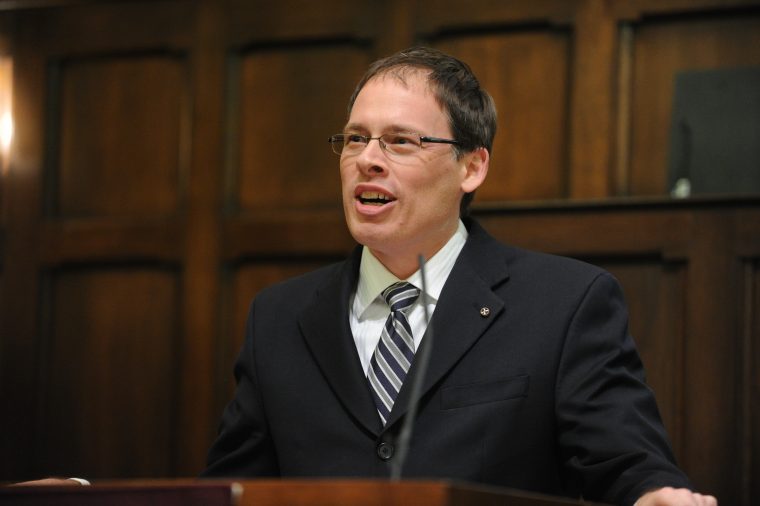 Prof. George Demakopulos speaks at a conference at Fordham University. (Photo provided by the Center of Orthodox Christian Studies)

TNH: Who takes your courses at Fordham?

AP/GD: Mostly non-Orthodox students, who love to talk about theology and love to learn about Orthodoxy. We have a minor in Orthodox Christian Studies, and were the first to establish this program of study in the United States. Hopefully, we’ll see more of it at other colleges and universities.

TNH: Has the Intuitional Church anything to do with Theology today in theory but most especially in practice?

AP/GD: The institutional Church is always living a particular theology; the question is whether it’s living the theology of the Church. There are those, even bishops in the Church, that criticize theologians, often making it seem that we engage in speculations that have no real practical impact. This is a false impression. Theology is everywhere, and we are all theologians. The challenge is to embody a theology that is faithful to the logic of the Incarnation. For example, the Russian Orthodox Church often engages in actions that are not consistent with the ecclesiology of Orthodox theology. That is why theology is important—its role, in part, is to critique the actions of the institutional Church.

TNH: Sometimes we get the impression that the salvific message of Christ is lost in the Institutional structure of the Church with all that magnanimity, fanfare, and ethicism?

AP/GD: It does, and that is unfortunate. That is why we need more Centers for Orthodox Christian Studies at many universities and colleges around the United States. These Centers can project the beauty of the Orthodox faith in a way that is disentangled from the dysfunctionality we see in the global institutional Orthodox churches.

TNH: How does mainstream America see Orthodoxy? How does the theological intelligentsia view the Orthodox Church today with all those ethnic divisions, which became more vivid before and after the Great Synod in Crete two years ago?

AP/GD: Mainstream America knows very little about Orthodoxy, but its main source of knowledge really is what it learns about the Russian Orthodox Church in the media, which is not a good representation. Once, however, mainstream American students read and study the liturgy, texts and traditions of our Orthodox faith, they see its beauty and power to bring us into a closer relationship with God. 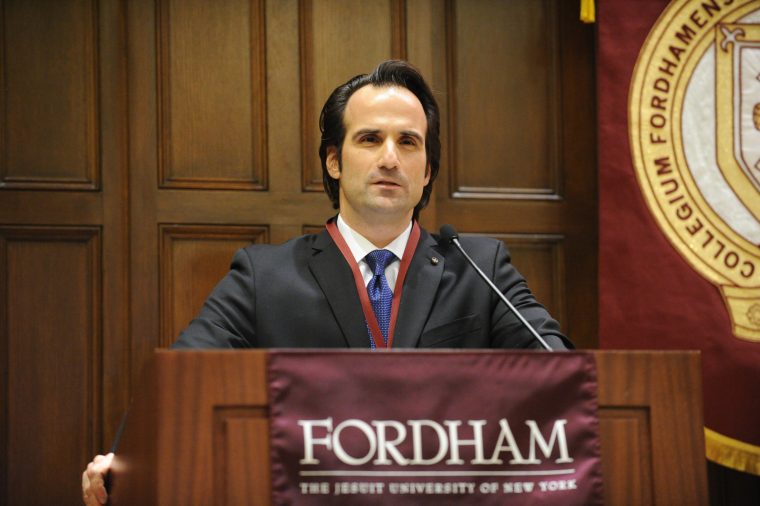 TNH: What was the real message that the Great Synod conveyed to today’s world and especially to younger generations?

AP/GD: That the Orthodox Churches can and should meet to discuss and provide guidance for the challenges the Church faces. It was good for our young people to see our Orthodox leaders meet and engage in conversation over difficult issues. It was unfortunate that some Churches did not show, but that did not detract from the very positive fact that there was a global meeting, the first in centuries.

TNH: How deep is the religious war in today between Christianity and Islam?

AP/GD: Not deep at all. More manufactured in the media than reflecting the real relations between Muslims and Christians around the world.