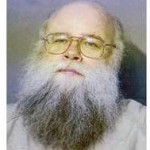 COLUMBUS — A Greek Orthodox Church priest who served in Mansfield as late as 2009 has been arrested by the Franklin County Sheriff’s Office on sex charges.

Patrick Hughes, also known as the Rev. Nicholas Hughes, was arrested Wednesday night. Police said he was arrested by the Franklin County Internet Crimes Against Children task force on suspicion of attempted rape and attempted unlawful sexual conduct with a minor.

Hughes, a native of Alabama, served at Sts. Constantine and Helen Greek Orthodox Church in Mansfield for about 18 years. He had lived at St. Theodore House, a small monastery on Portland Way South in Galion. He left there in 2009.

He most recently had been a priest with a Greek Orthodox church in Columbus.

Sheriff Zach Scott said the investigation began earlier in the day when Hughes allegedly posted an ad on an adult social networking site.

The nature of the ad indicated someone looking for sexual relations with children. A detective responded to the ad and began communicating with Hughes.

During the conversation, authorities allege, Hughes believed he was setting up a meeting with two boys, ages 9 and 14, for sexual activity.

Hughes was arrested when he traveled to a location in Franklin County under the pretense of meeting the boys, officers reported. Later that night, investigators searched Hughes’ north Columbus hotel room, where they recovered a laptop computer. The computer will be examined.

Galion police Detective Eric Bohach said there are no other local priests involved in this incident.

“We’ve talked to people here and there is no indication that anybody else is involved,” Bohach said.

Hughes, 56, is acting dean at Annunciation Greek Orthodox Cathedral. He was a one-year interim priest at the church.

He is in jail on felony charges of attempted rape and attempted unlawful sexual conduct with a minor. His bond was set at $100,000 during a Thursday court appearance.

The news release from the Franklin County Sheriff’s Office gave Hughes’ address as 6191 Zumstein Drive on the North Side, which is a Hawthorn Suites hotel.