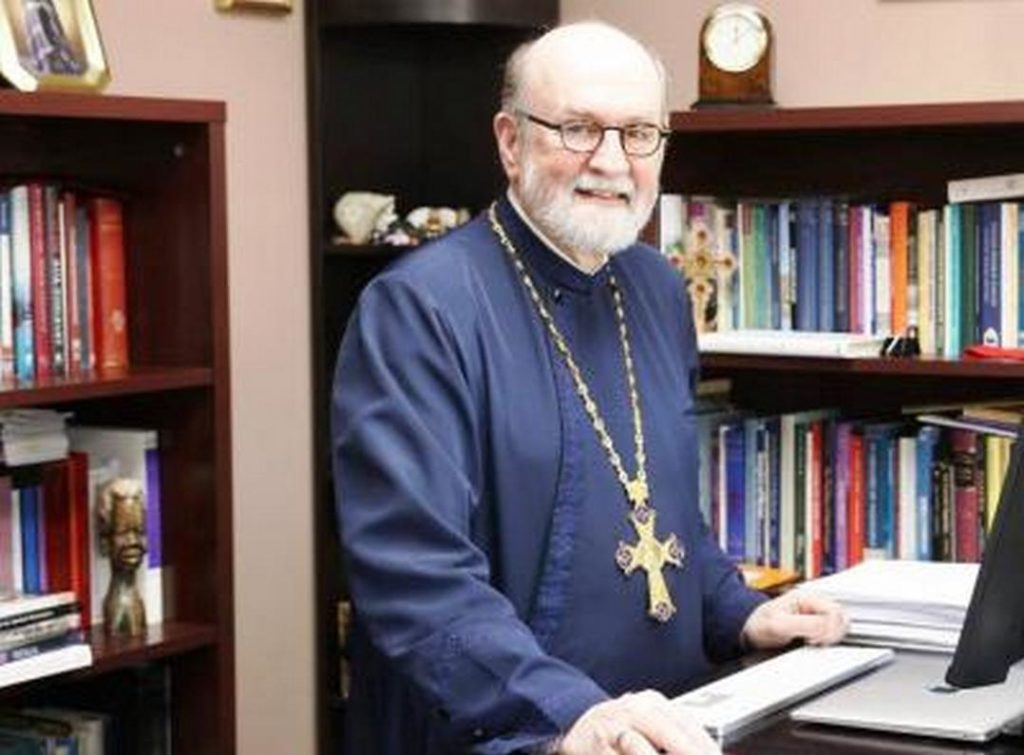 Yonkers, NY – The Board of Trustees of St. Vladimir’s Orthodox Theological Seminary (SVOTS) has appointed Archpriest Dr. Chad Hatfield as president of the Seminary for another five years.

The Board, chaired by His Beatitude Metropolitan Tikhon, primate of the Orthodox Church in America (OCA), made the decision at its semi-annual meeting on Friday, May 17, 2019.

The trustees in attendance voted unanimously to appoint Fr. Chad to a new five-year term. His current term expires in June.

“Father Chad has faithfully served the seminary now for twelve years, first as chancellor and then as president after the Seminary launched its new governance model in 2016,” said Deacon Michael Hyatt, executive chair of the Board of Trustees. “We are excited about his vision for the Seminary’s future and confident in his ability to lead us there.”

“With the looming clergy shortage on the horizon and the challenges of an increasingly secular society, the Seminary’s mission is as pressing as ever. That’s why it’s so important that we have a trusted, visionary leader like Fr. Chad at the helm,” Hyatt added.

“The work of St. Vladimir’s Seminary is so important, and it remains renowned all over the Orthodox world and beyond for its excellence in theological education and formation,” said Fr. Chad. “So, I am humbled to accept this appointment and am grateful for the full support of the trustees.”

Archpriest Dr. Chad Hatfield came to SVOTS in 2007 from St. Herman Seminary in Alaska, where he served as dean from 2002 to 2007. His experience in various pastoral, teaching and administrative roles, spread over some 40 years of ordained ministry, are now blended into his ministry at SVOTS. He holds multiple advanced degrees from Nashotah House Theological Seminary, Nashotah, WI, and Pittsburgh Theological Seminary.