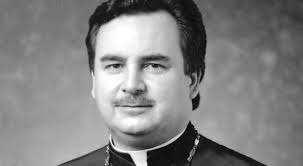 CHICAGO, IL – The District Attorney’s office of the State of Wisconsin plans to indict Rev. James Dokos, priest of the Sts. Peter and Paul parish in Glenview, IL for theft (embezzlement). The charges follow a yearlong investigation of the Trust of an elderly parishioner who appointed Dokos as trustee.

The Trust was created to benefit the Annunciation parish, which did receive $1.1 million, but which alleges that Dokos had used large amounts of money from the Trust. After many unsuccessful requests to Dokos to provide a complete accountability, the parish referred the matter to the District Attorney and asked him to investigate.

According to hundreds of documents obtained by TNH, Dokos wrote the first check to himself for $5,000 his fee as trustee. He also wrote checks to his personal credit card totaling about $50,000, and checks to his family members and himself totaling $75,000.

Dokos also wrote checks to Bishop Demetrios of Mokissos totaling $7,200, one check to Metropolitan Tarasios of South America for $10,000 and one of $4,500 to Metropolitan Nikitas of Dardanelia, Director of the Athenagoras Institute of Orthodox Theology in California.

Franczak also transferred her Florida apartment to Dokos, which he sold.

In May 2012, Demetrios transferred Fr. Angelo Artemas from Saints Peter and Paul to Annunciation in exchange for Dokos, who went to Sts. Peter and Paul parish.

After it became known that the Attorney General planned to indict Dokos, the Chicago Metropolis in a June 20 letter placed Dokos on “administrative leave effective immediately,” and suspended him “from his pastoral and administrative duties as parish priest.”

Dokos did not respond to TNH’s request for comment.

Bishop Demetrios of Mokissos, however, spoke with TNH at length about the matter.

He said things have reached this point “because the Parish Council of Milwaukee refused to meet with the Metropolis of Chicago on three occasions, and I have it all in writing. Our initial investigation from a committee that I had set up found that nothing had been done inappropriately according to the Trust. They had all the documents, they wouldn’t give us the documents; they had information that we didn’t have and we invited them to share them with us but they didn’t want to, they wanted to go directly to the District Attorney. After nine months, the District Attorney decided to indict Fr. Dokos.”

But why wait until now to suspend Dokos? “Because they were was no formal charges, it was just discussion and investigation,” Demetrios said.

Though labeled an “administrative leave,” Demetrios told TNH that essentially, Dokos’ days in Glenview are done. A new priest will be appointed, and Dokos’ future remains uncertain.

Regarding money he received from Dokos, Demetrios said it was “for pastoral visits for a four-year period,” and added that Dokos “also gave to Athenagoras…Tarasios…and Nikitas.

“I don’t charge,” for pastoral visits, he said, “it was a gift. Don’t you think Methodios gets a gift or Athenagoras, or Iakovos? Don’t you tip the priest when he comes to baptize your baby or something?”

Demetrios says he sees nothing ethically wrong with metropolitans receiving gifts, but certainly finds fault with misappropriation of funds, as Dokos has allegedly done.

As for the apartment Franczak transferred to Dokos, “I don’t see where the problem is. He received the gift. Did he ask for the gift? I don’t know. Did he pressure her? I don’t know. Did she want to give it to him because she loved him? I don’t know. I don’t know the answers to those questions without asking other questions. All I know that document says that he is to get the house.”

But why did Dokos give money to those other metropolitans, had they made pastoral visits, too? “I don’t know, you’ll have to ask them that question,” Demetrios replied.

Demetrios acknowledged that the money he received from Dokos came from the Franczak Trust, but said he had no reason to believe it was given inappropriately. “The check was drawn from the Trust and I didn’t ask to see the documents to make sure I was eligible to have the money.”

Demetrios says he made the Dokos-Artemas double-switch because both men had wanted to be transferred for years, “so I asked them both together if they would like to switch parishes two years ago and they both said ‘yes’ and I have witnesses to that. The then-presidents of both parish councils know the truth about that.”

The reason Glenview Parish Council President Jim Gottreich was removed had nothing to do with the Dokos case, Demetrios says. Rather, it was because “we told him do not have secret meetings of the parish about your priest; you have to invite your priest and we have to discuss this together. He insisted, and we removed him. He apologized and I have his apology letter, too. We reinstated him to the Parish Council, but it was they who decided not to elect him president again; they elected him vice president.”

Demetrios emphatically proclaimed that Dokos at no time attempted to interfere with the judicial process. As for his own finances, Demetrios says: “they can look at my personal taxes all they want.”