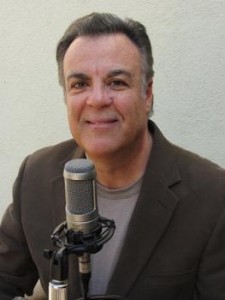 I have changed my position and perspective on canonical “administrative unity” for the Orthodox Church in the U.S. (This does not reflect the opinion of AFR or anyone else).

The only “unity” model/solution I would support to the non-canonical fragmentation of multiple bishops and “jurisdictions” – acknowledged as a canonical “anomaly” by many (not all) our hierarchs – is an “autocephalous” American Church; represented on its Synod with all the respective bishops that are currently on the Canonical Assembly of Bishops. The US Synod would have to agree before other Orthodox national churches could send their priests here; in which case they would have to come under the “American Orthodox Church” (or whatever formal name was agreed upon).

Such an autocephalous Orthodox Church would elect – the bishops would – a Patriarch; and the focus of such a Church would ideally be on inclusive church growth and outreach; the needs (linguistic and cultural) of our brother and sister Orthodox immigrants; and a better focus on living and communicating authentic Orthodox Christianity to a post-modern world starving for, but rejecting, many forms of “Christianity”.

I would not support any plan to be “under” the “omophore” of another patriarchate in another country; especially those with ethno-phyletisic leanings.

Do I think this will happen anytime soon (including at the Great and Holy Council being prepared in 2016)? I am skeptical because my sense is that the majority of heirarchs in this country are unwilling to be “separated” from their “mother churches” and would only agree to “administrative unity” if “their “mother church” were in charge.

Would I personally accept the current non-canonical situation of “fragmentation” of multiple jurisdictions that exist today in this landscape, rather than come under a patriarchate in another country, or one with ethno-phyletisitc aspirations?

I would — until by God’s grace and mercy He decides that it is time for an “autocephalous” Orthodox Church in this country; albeit one in close connection with its roots and with the various “mother churches”; but operating as a “self-headed” episcopal Synod based here in the U.S. in the 21st century.