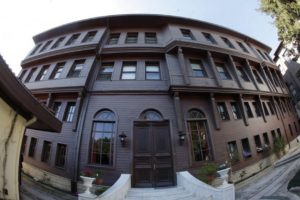 In a move that could influence talks to rename the Former Yugoslav Republic of Macedonia (FYROM,) the rogue Orthodox Church in Greece’s northern Balkan neighbor wants to be accepted into the Ecumenical Patriarchate.

The Patriarchate’s Holy Synod said it was considering a request from the leadership of FYROM’s church to be inducted under the name Archbishopric of Ohrid, as it plans to give up its identity as Church of Macedonia.

That comes as anti-nationalist Prime Minister and Radical Left SYRIZA leader Alexis Tsipras said he plans to give away the name Macedonia – an abutting ancient Greek province – to FYROM in a new composite and pave its entry into NATO that has been barred by Greek vetoes, along with European Union hopes.

In November, 2017, there were reactions from the Patriarchate to a request from the FYROM church to join the Church of Bulgaria, which supported the move, drawing a rebuke from Patriarch Bartholomew who said that “The mother church of all Balkan nations is that of Constantinople,” in Turkey, where he resides in its seat.

FYROM’s Orthodox church is currently under the jurisdiction of the Church of Serbia, but was part of the Ecumenical Patriarchate until the 1930’s.