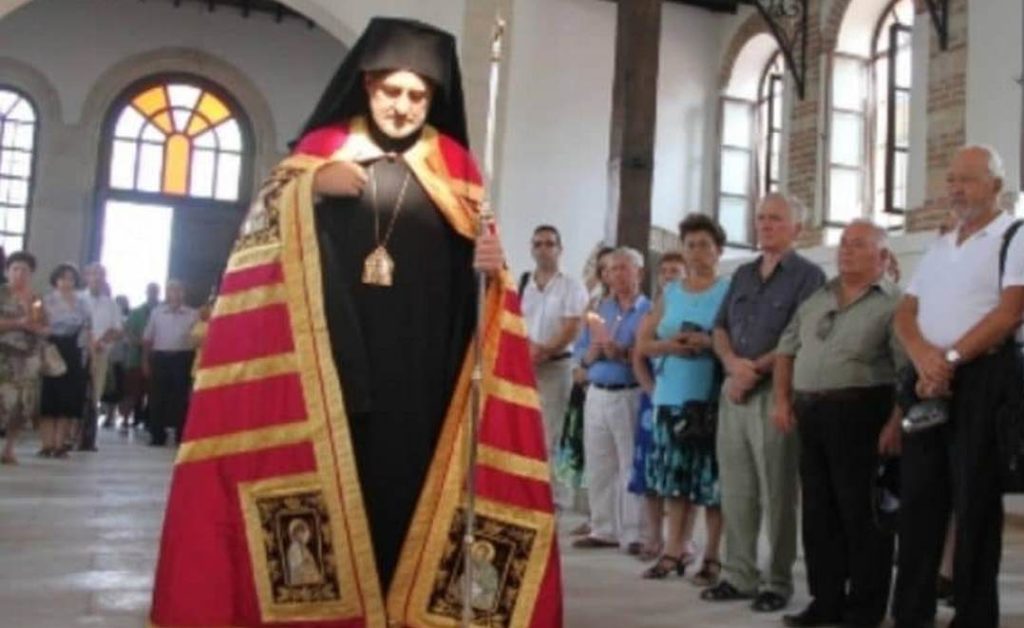 As Greek journalists found out, the Metropolitan of Bursa Elpidophoros (Lambriniadis) has close ties with Turkish intelligence. According to the information obtained by my counterparts from their sources, Ankara’s main goal is to weaken the Church of Greece and expand the influence of Constantinople. And one of the main roles in this process belongs to the Metropolitan of Bursa.

The career of the hierarch is developing very rapidly. Elpidophoros (Lambriniadis) was born in 1967 in Istanbul. After graduation from the Aristotle University of Thessaloniki in 1991, he studied in Germany, where in 1993, he received a master’s degree. In 1994, Elpidophoros was appointed secretary in the Holy Synod of the Patriarchate of Constantinople. And in less than in 20 years, in 2011, he was ordained the Metropolitan of Bursa, and in August of that year, he became dean of the Halki seminary (the issue of its reopening has provoked a 30-year debate). There is an opinion that such a rapid career growth takes place not only due to the talents of Elpidophoros. According to the information available, Turkish intelligence is interested in his promotion and has cooperated with him since the late 1990s.

For Ankara, the metropolitan is almost a perfect agent: part Turkish, he also fluently speaks Greek and English. He is often included in various commissions participating in international inter-Orthodox events both in Turkey and abroad, which allows him to keep abreast of all relevant disputes and agreements between Orthodox authorities. In addition, often invited to joint receptions, he is a member of Greek diplomatic circles in Turkey.

So, what are the goals of Ankara and what is entrusted to Elpidophoros?

At the moment, Turkish intelligence is particularly focused on the relationships between the Ecumenical Patriarchate and the Hellenic Orthodox Church. Despite the tension between Ankara and Phanar, the latter is completely under the control of the Turkish authorities. And Turkey would not mind if the Patriarchate restored its rights in Greece.

One of the points for discussion in relations between the two churches is the so-called “new” (or “northern”) lands (Nees Chores). They were incorporated in Greece as a result of the Balkan wars in 1912-1913 and make up about half of the present territory of the country. Initially, these areas were in the canonical subordination of Constantinople, but in 1928, the Greek government unilaterally included them in the structure of the Church of Greece.

The Ecumenical See made concessions and the same year issued an Act, according to which the patriarch recognized the transfer of dioceses of the “new lands” to the Church of Greece. At the same time, the Patriarch reserved the right to approve the candidates, although subsequently the Church of Greece sent only notices of appointment. It turned out that the dioceses were in the position of a “double” canonical submission. This situation did not cause disputes until 2003, when after the death of the Metropolitan of Thessaloniki, Patriarch Bartholomew demanded to continue sending lists of candidates for the heads of the “new lands” to Constantinople and severed relations with the Greek Orthodox Church when it refused. Then the conflict lasted a little more than a month and ended with the capitulation of the Greek Church.

It is worth noting that the Ecumenical Patriarch still has the opportunity to withdraw the Act of 1928; thus, the dioceses will be transferred to his direct submission. However, for this, he needs to weaken the Church of Greece as much as possible or somehow provoke it.

This is where the connections of Metropolitan Elpidophoros turn out to be very useful. Through the Greek diplomatic circles, whose representatives he often meets with at various events, the clergyman has an influence on the attitude of Athens to the Church of Greece. According to the sources, Greek Consul General in Istanbul Evangelos Sekeris and other Greek diplomats and politicians contacting Elpidophoros have been lobbying the idea of refusing state funding for the Greek Orthodox Church.

Taking advantage of the openly anti-church attitude of Prime Minister Alexis Tsipras, Turkey is trying to provoke deep disagreements (the deeper the better) in the Greek clergy in order to increase the regional influence of Constantinople.

This is one of the few goals of Ankara, at least on the surface. Of course, Elpidophoros is one of many subjects involved in the political games of Ankara. And here in the States, we could ignore intrigues in Europe, if not for one “but”: the rumors have grown huge lately that the Metropolitan of Bursa could become Demetrios’ successor as head of the Greek American Archdiocese. If this happens, Ankara will hit a really big jackpot: under the extremely strained Turkish-American relations, an influential figure acting in the interests of Turkey right under Washington’s nose will be indispensable.