[ditty_news_ticker id="27897"] Greek-Americans and Miracles over the Decades 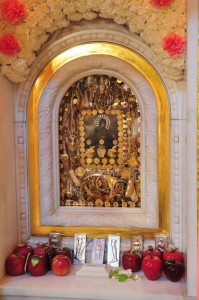 Greek-Americans and Miracles over the Decades

NORFOLK RD. MIRACLE
“In 1960, Pagora Catsounis was praying before an icon of the Virgin Mary that hung on the wall in her bedroom in Island Park,” Newsday wrote, “when she says she saw a tear emerge from the figure’s eye. The icon, given to Pagora and her husband, Panagiotis Catsounis, by a Greek nun as a wedding gift, was apparently weeping, Newsday reported at the time.

“Hundreds were drawn to the small apartment to see the lithograph, calling the event the ‘miracle of Norfolk Road.’ His Eminence Archbishop Iakovos, then primate of the Greek Orthodox Archdiocese of North and South America, traveled to the home and verified reports of the apparent miracle, as did Father George Papadeas, priest of the Greek Orthodox Cathedral of St. Paul in Hempstead at the time.

“The icon reportedly teared for several days. The icon was later moved to St. Paul’s where tens of thousands of people visited to witness the event.”

“THE ICON IS CRYING!”
Newsday also reported about a similar instance, one most recent and in the heart of the Greek-American community in Astoria: the weeping icon at St. Irene Chrysovalantou: “In the rear of St. Irene in Astoria in January 1992, Archbishop Paisios, leader of the congregation, said that in December 1989 he took the icon on tour to Chicago, to St. Athanasius church. There, following a ceremony, the archbishop says he was at a reception in the church hall when suddenly people came running up, shrieking, ‘the icon is crying!’ As St. Irene is the patroness of peace, the archbishop said that she was crying because of the outset of the Gulf War.

“This icon in Astoria is said to have performed so many miracles that people left their precious jewelry in thanks, which was placed in the frame around the icon. According to a New York Times article in 1992, the leadership of the Greek Orthodox Church cast doubts on the weeping icon. The press officer of the archdiocese issued a news release describing the saga as ‘an affront to ‘the Greek-American community.’ But not all congregantsand religious leaders dismissed the claims. The Rev. Milton B. Efthimiou told the Times that he had experience with weeping icons, and he was sure the St. Irene icon had wept.

SIGHT TO THE BLIND
A former Long Islander named Michael, Newsday reported, claims that a local priest cured his blindness. “In 2013, Michael approached Father Dimitrios Moraitis, formerly of St. Paraskevi Greek Orthodox Shrine Church in Greenlawn, NY wanting to walk his guide dog around the church property, according to an interview on Ancient Faith Radio.

“Unbeknownst to Michael, in the Greek Orthodox Church, St. Paraskevi is the patron saint for health, specifically of the eyes. In the late 1960s, a family from the Church built a shrine in the Saint’s honor and brought back holy water from a natural spring that flows from a church built at the place of St. Paraskevi’s martyrdom in Asia Minor. Both St. Paraskevi and the water were thought to have healing powers. Since the shrine’s conception, hundreds of people have reported receiving miraculous cures from the holy water, Moraitis told Ancient Faith Radio.

“Moraitis invited Michael to walk the property and invited him inside the church for a prayer service and anointing. When Moraitis put his hand on his head and read a prayer, he says a vibration went through his body and Michael shuddered. They both cried, as Moraitis helped him up and led him to the shrine for another service.

“After Michael washed his face with the holy water, Moraitis says he took a step back and said, “There’s a woman here!,” pointing at the icon of St. Paraskevi. He turned to Moraitis and remarked, “I see the color of your eyes! I haven’t seen a color in seven years and I see the cross over here and I see this round icon.”

“Michael’s doctor was dumbfounded, according to Moraitis, who told him, “because they can’t tell you why you should be able to see, it tells me that every time you open your eyes, it’s a miracle. You are a walking icon.”

“SO OPEN TO MIRACLES”
“I admire the Greek Orthodox, because after all these years, and here in the United States in the twenty-first century, they are still so open and accepting of miracles,” a Lutheran minister told TNH. “I believe, too, and have laid hands [faith healing], but having been raised in the West, it is difficult for me to be as open.

“But I have to commend the Orthodox,” he continues, “because they have not wavered from their beliefs for centuries.” Not everyone is comfortable with strict church traditions and doctrine, but “there is something to be admired about that,” he said.