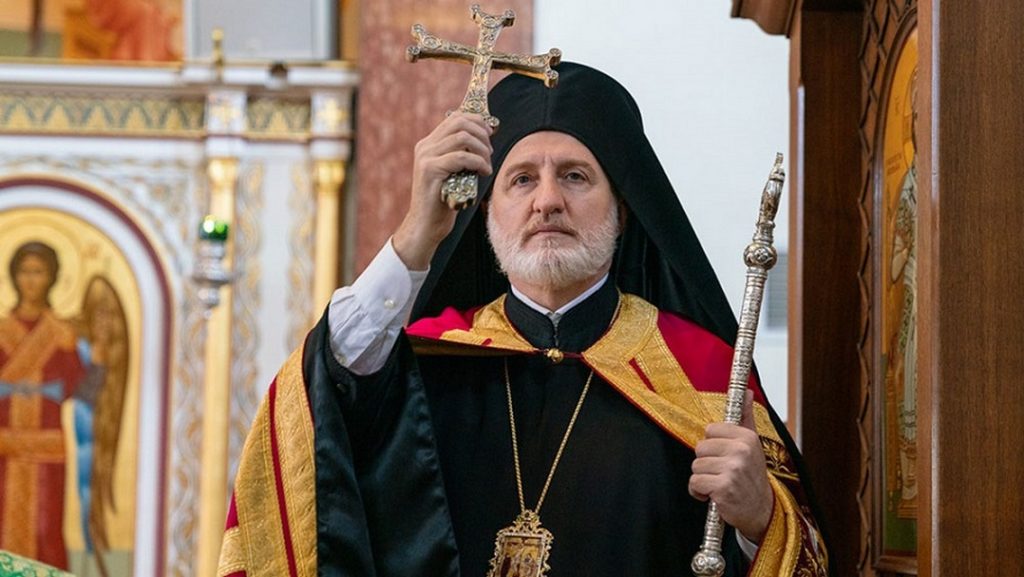 Palm Beach, Florida – Archbishop Elpidophoros, the primate of the Patriarchate of Constantinople’s Greek Orthodox Archdiocese of America, caused a stir yesterday at the opening of the 29th annual Leadership 100 Conference at the Breakers Resort in Palm Beach, Florida.

The Archbishop Iakovos Leadership 100 Fund Incorporated is a corporation that supports the National Ministries of the Greek Orthodox Archdiocese in the advancement of Orthodoxy and Hellenism.

As the Orthodox Church firmly teaches that only baptized and chrismated members of the Church can commune, the Archbishop’s statement upset many people.

He previously addressed the issue of mixed marriages at the Archdiocesan Council meeting in October, hinting at what he openly declared yesterday. After noting that nearly 50% of all Orthodox Christians in America are converts, including 25% in the Greek Archdiocese, the Archbishop stated:

With this in mind, I would make this suggestion: instead of calling marriages with non-Orthodox spouses “mixed marriages,” might we not better refer to them as “miracle marriages?” For these marriages are the main road that ushers converts to the Faith. As the Apostle Paul says: How do you know, O wife, whether you will save your husband? Or how do you know, O husband, whether you will save your wife? (I Cor. 7:16).

While speaking above about marriage leading to spouses converting to holy Orthodoxy, Abp. Elpidophoros went on say:

Every faithful marriage is a miracle marriage—a miracle of God’s love and a Mystery to be celebrated with joy and embraced with thanksgiving. Whether or not the spouse joins the Church in a formal way through Chrismation, they are still 100% part of our community and should be embraced as such. If we are to be a Church that truly serves and embraces our young people who live in a technologically advanced and pluralistic world, we must embrace the strangers in our midst—make them strangers no more, and embrace all the members of our community and our Country.

The Patriarchate of Constantinople previously made waves when it announced that it would allow priests whose wives died or abandoned them to enter into second marriages, thereby contradicting the long-standing canonical Tradition of the Church.

In October, the Holy Eparchial Synod of the Greek Archdiocese in America announced that it was petitioning Constantinople to allow three clergymen to remarry.