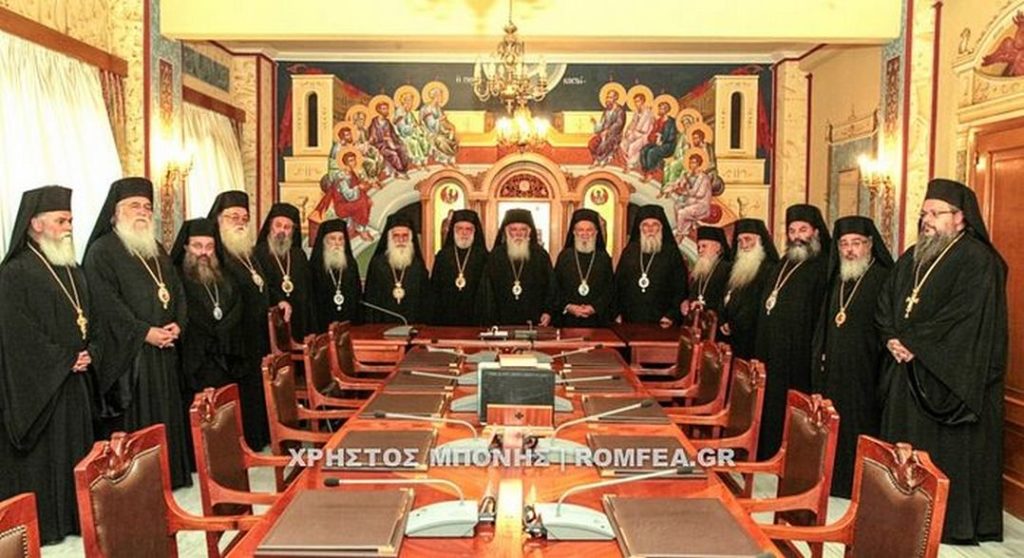 Holy Synod of the Orthodox Church of Greece

KIEV – The Greek Orthodox Church does not want to enter into a direct confrontation with the Patriarchate of Constantinople, but clearly understands that for any Local Church to recognize the schismatic “Orthodox Church of Ukraine” (OCU) would be to divide the Orthodox world into two parts, Archpriest Nikolai Danilevich, Deputy Head of the canonical Ukrainian Church’s Department for External Church Relations, commented in an interview with First Cossack, reports the Union of Orthodox Journalists.

“The text of the Synod’s decision became the basis for some news agencies to say that the Greek Church recognized the means of autocephaly OCU as canonical, which is twisting the text itself,” said the Ukrainian Church speaker.

“The fact is that the Greek Orthodox Church recognized the right of Constantinople to give autocephaly. Similar phrases were also in the letter of Archbishop Anastasius, primate of the Albanian Church, and in the letter of the Synod of the Orthodox Church of Cyprus. But they do not concern the recognition of the Church itself,” Fr. Nikolai explained.

The Greek Church understands what is schism and what isn’t, Fr. Nikolai said. However, they are under pressure and want to avoid a direct confrontation with Constantinople. “But they cannot change the truth and say that what is obviously wrong is right; they cannot call black white.”

The Greek Church offered Constantinople “a spoonful of honey” with its statement about the Patriarchate’s right to grant autocephaly, though at the same time, the statement is balanced and generally well received, Fr. Nikolai noted.

“We understand the whole situation the Greek Church has found itself in, and we see that it does not want to be responsible for the splitting of the Orthodox world. Because any other Church that joins this decision of Constantinople, will be the first, in fact, in the division of the Orthodox world into two parts: Those who will recognize the OCU, and those who will not,” the speaker said.

He also noted that there are no analogous situations in Church history in which a minority schismatic group was granted autocephaly and raised above the group that all Churches recognized as canonical.

“The Russian Orthodox Church has always testified that the most important factor in this discussion should be concern for the Orthodox Ukrainians, the children of the canonical Church, who as a result of the Phanar’s intervention became a majority persecuted by the radicals,” Legoida also wrote.

“Any support for the OCU by the Local Churches can only lead to further division in Ukrainian society, the deepening of the schism, and the escalation of hatred,” the Russian Church representative said.