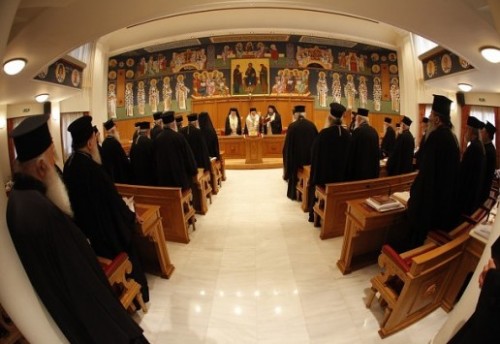 The Holy Synod of the Greek Orthodox Church addressed a call to the Greek people to preserve the cohesion of the family by following Christian principles. In a recent proclamation, the Holy Synod has made it clear that it considers modern types of family – single parents, civil weddings, cohabitation agreements and so-called same-sex couples – as “diverging” from the holy institution of marriage.

In a surprising move, the Greek Orthodox Church has expressed its objections to these types of family, to Greek society as a whole by reminding them of the word of God, rather than using inflammatory language such as threats of “excommunication.”

According to the proclamation of the Greek Holy Synod, “the biggest problem of marriage today is not the loose ties between its members, but the loss of direction, a course and an orientation towards the Reign of God.”

The proclamation continues by noting “that only through the institution of the family can Christians retrieve their lost religious consciousness.”

Moreover, the Greek Church makes special reference to what it has done to support the institution of the family, both in theological and financial terms, while it is made clear that the Holy Synod is also against the marriage of couples who have different religions.