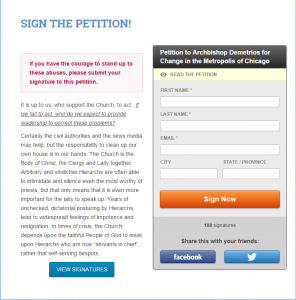 With this goal, a group of dedicated and committed individuals began a campaign to inform the church / laity of serious aberrations in our Greek Orthodox community, and to correct some of the financial and spiritual abuses rampant in the Chicago Metropolis, that is spreading to other jurisdictions. The success of this website to inform the public of the abuses cannot be underestimated — but, as to the correction of abuses, work remains to be done.