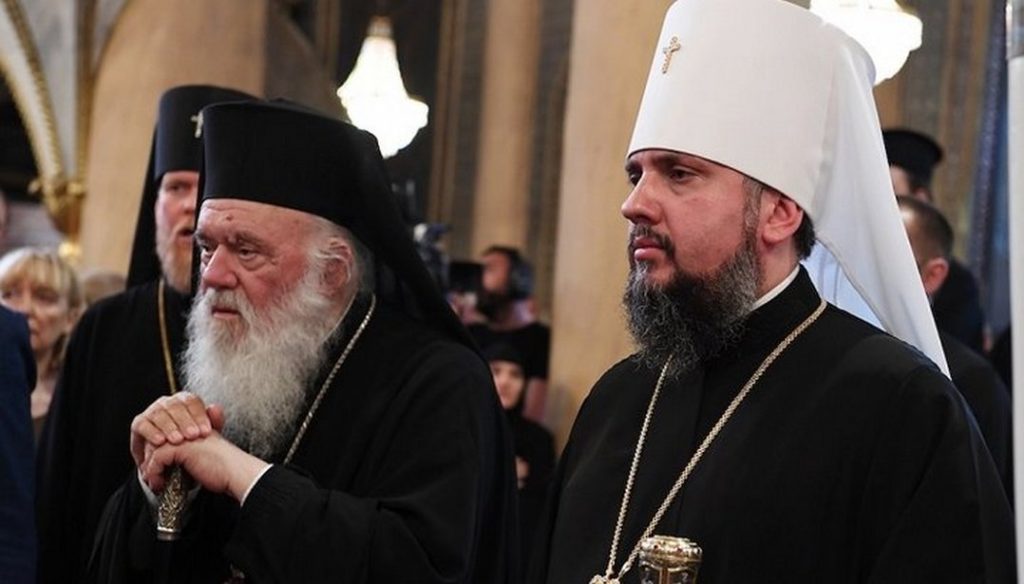 Abp. Ieronymos in his report referred to the two committees created by the Holy Synod to investigate the Ukrainian issue, which both recommended recognizing the OCU.

The Bishops’ Council of the Greek Orthodox Church, gathered in an extraordinary session today, has resolved to recognize the schismatic “Orthodox Church of Ukraine” (OCU), which was previously recognized only by the Patriarchate of Constantinople, which created the new structure last December, reports “Romfea”.

It is noted that during the meeting, Archbishop Ieronymos of Athens and All Greece made a report “The Autocephaly of the Church of Ukraine”, in which he referred to the Holy Synod’s earlier decision to acknowledge the right of the Patriarchate of Constantinople to grant autocephaly, as well as to the recommendations of the two committees created by the Holy Synod to investigate the Ukrainian issue, which both recommended recognizing the OCU.

“Metropolitan” Epiphany Dumenko, the primate of the OCU, has already sent Archbishop Ieronymos of Athens a letter thanking him for the Greek Church’s recognition.

The official communiqué of the Bishops’ Council, confirming Greek media reports, is expected to be released in the near future.

We recall that before the Bishops’ Council of the Church of Greece, the clergy of the Rovno Eparchy invited the Greek bishops to inform them of the persecution of the UOC in the Rovno region, published in the book by Andrei Vlasov “The Flip Side of Tomos. My Meetings with True Christians”. 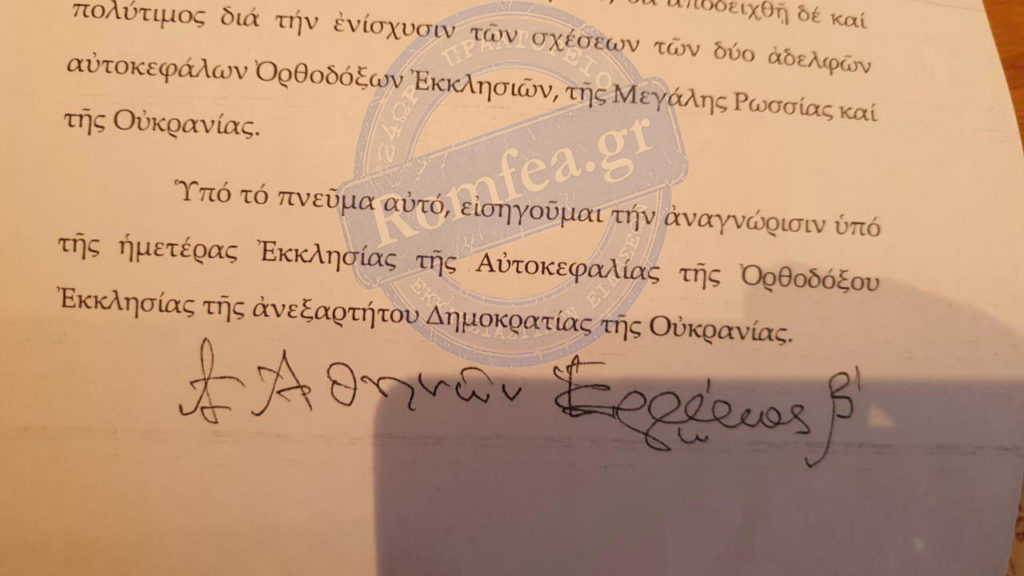