Patriarch Theophilos III warned of “extremist Jewish forces who have targeted the Christian quarter to alter” the history of the site. 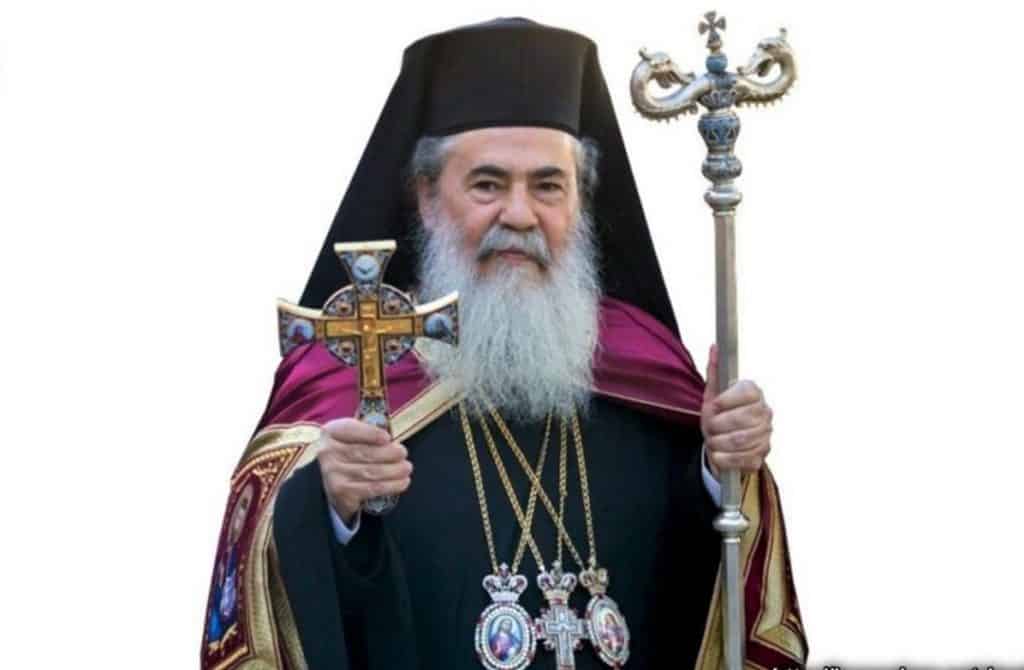 The tension between Christians and Jews in the Old City

This is not the first time the Greek Orthodox patriarch has made such claims. In January, he accused radical Israeli groups of threatening the presence of Christians in the Old City. Israeli officials at the time rejected those claims as baseless.

“Our presence in Jerusalem is under threat,” Theophilos III wrote shortly after Christmas in a Times of London column, explaining his belief that there was an aim to drive the Christian community from the Old City.

“Our churches are threatened by Israeli radical fringe groups,” he wrote. “At the hands of these Zionist extremists, the Christian community in Jerusalem is suffering greatly. Our brothers and sisters are the victims of hate crimes. Our churches are regularly desecrated and vandalized. Our clergy are subject to frequent intimidation.”

His statements stood out because he identified Israeli groups as being hostile toward the Greek Orthodox Church. Other heads of churches in Jerusalem issued similar statements a month earlier, before Christmas, referring to “frequent and sustained attacks by fringe radical groups” but stopped short of identifying them as Israeli.

Theophilos III did not accuse any radical groups by name or cite specific incidents. Nor did he provide evidence that they were Israeli or that their goal was to drive Christians from the city.

In April, Jerusalem Deputy Mayor Fleur Hassan-Nahoum accused Church leaders of painting a “false narrative” and misrepresenting the facts about minorities in Jerusalem as part of a “well-orchestrated fundraising campaign to the Christian world.”

Hassan-Nahoum described recent attacks by Church leaders, including those by Theophilos III, as “surprising and deeply disappointing.” She noted that the city has invested “unprecedented resources” in the Old City and east Jerusalem over the past seven years to help close social gaps, and that the reports of vandalism had not been corroborated by the city or by the Israel Police.

The deputy mayor shared the following numbers via the Israel Democracy Institute: The Christian population in Israel has grown by 1.5% in the last year, and 84% of Christians are satisfied with their lives in this country.

“In tragic contrast, the Christian communities living under the Palestinian Authority are dwindling, the most glaring example being the Christian population of Bethlehem, the birthplace of Jesus, that has shrunk from 80% to 12% in the 27 years the PA control the city,” Hassan-Nahoum wrote.

Another area of tense conflict, also in the Old City, has intensified relations between Christians and Jews recently: Property ownership.

Back in 2005, two properties, the Imperial and Petra Hotels, located just inside the city’s Jaffa Gate were sold by the Greek Orthodox Church to right-wing NGO Ateret Cohanim. Then-patriarch Irenaios denied knowledge of the sale, claiming it was void, but then backtracked and cast the responsibility of the sale on the church’s finance director Nicholas Papadimas.

Irenaios was replaced by current patriarch Theophilos III, who took the sale case to the Jerusalem District Court.

The court ruled that the sale was valid. So the church appealed to the Supreme Court, requesting a retrial based on the affidavit of Ted Bloomfield, who worked for Ateret Cohanim in the 1990s. Bloomfield claimed the NGO routinely bribed senior church officials and on occasion provided them with prostitutes.

The Supreme Court recognized on June 8 the sale of the lease agreement to Ateret Cohanim, leaving the future owners and inhabitants of the two hotels in question. The Arab Dajani family has lived in and run the Imperial hotel since 1949.

Reuters and Gil Zohar contributed to this report.