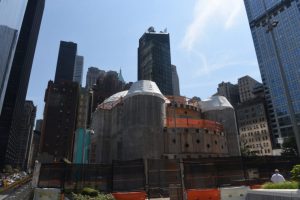 NEW YORK – Over 20 parish councils from various parts of the country, including cathedrals from Florida, New York, Connecticut and elsewhere, intend to reduce or even completely stop their payments to the Archdiocese.

Parish council presidents who spoke to The National Herald on the condition of anonymity, to be protected for obvious reasons –in the future they plan to go public – said that “we refuse to pay the 16% increase that we received from the metropolises.”

Some of them signaled to their local metropolitans that they are not going to send anything to the Archdiocese, not even the $600 parishes contribute monthly toward priests’ pension plans “until we see published in The National Herald that everything is alright at the Archdiocese. Also, a detailed financial report should be published about the finances of the Archdiocese, the metropolises, and the St. Nicholas Ground Zero rebuilding fund.”

They are preparing to send a letter to a specific metropolitan, who according to the parish officials was “panicked” because he has not provided a detailed report about his building activities, for which he constantly asks for donations from the faithful for icons, doors, pews,often asking twice and three times about the same items.

In the upcoming weeks, general assemblies will be convened in the communities to ratify parish councildecisions because, as presidents told TNH, “our people are sick and tired in our parishes with the continue begging and increases.”

Another issue that concerns those 20-plus parishes priests’ medical insurance, which parishes pay and are obligated to buy the premiums from a specific insurance company the Archdiocese has designated. The presidents said “we can find less expensive premiums from other companies.”

This movement started a few weeks ago grows every day, especially now with the recent developments at the Archdiocese, but also at the Metropolises.

Some presidents wonder where Ecumenical Patriarch Bartholomew is and if he knows what is going on at the Archdiocese.

TNH has learned that prominent businesspersons, attorneys, and other professionals, who know about financial issues and money management, have joined the movement – but that young parishioners don’t want to get involved in parish affairs. Not even the children of parish council members and presidents.