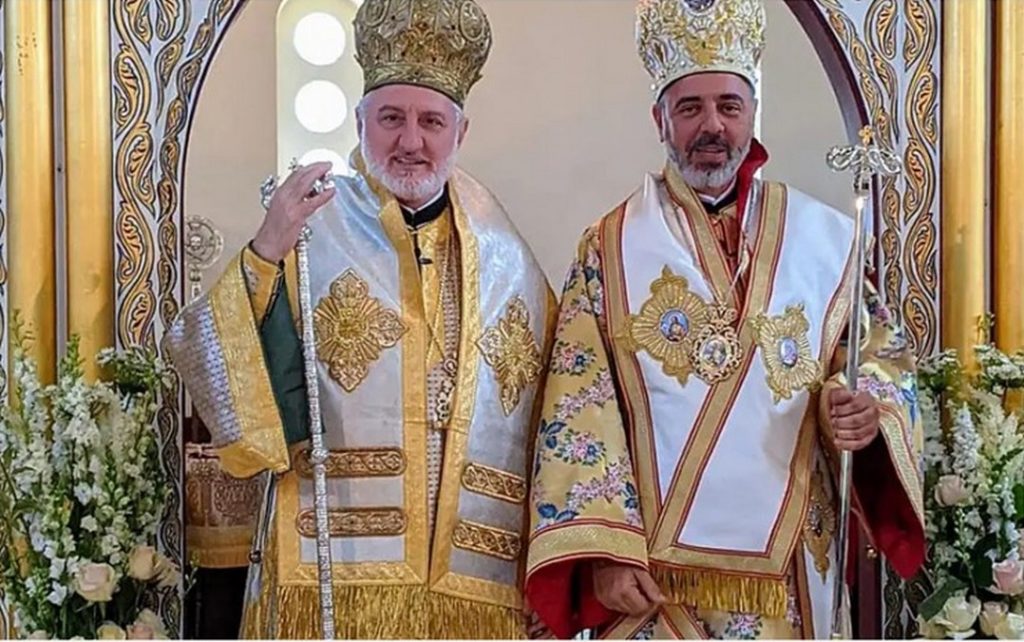 If the revelations of The National Herald prove anything in the last few days concerning the issue of the new Charter, it is that there was haste and imprudence, as a result of which we were led to deadlocks, unfortunately reducing the prestige of the Archdiocese, but also of the Patriarchate.

I will explain this immediately.

Even before the present Archbishop met and became acquainted with our Church here, of which he is not “flesh of her flesh and bone of her bone” and who had not worked, had not been raised, had not run, had not toiled, had not experienced in his skin the difficulties, the peculiarities, and the idiosyncrasies of the Church and our Community of the Omogenia, he rushed to bring about dangerous upheavals – and just to be fair I must say: like both Spyridon and Demetrios before him.

He managed, with a whirlwind of terms and things, unfortunately to drag in Patriarch Bartholomew, who is admittedly a keen, educated, and charismatic Patriarch of the latter ages of our Orthodox Church. As a result, the Patriarch proposed the suspension of the Charter of the Archdiocese and the dethronement of Metropolitan Evangelos of New Jersey, to the members of the Holy Synod of that time, in October 2020. Unfortunately, decisions were made in a hurry, and today we are living the impasse.

The Archdiocese of America had its Charter ‘suspended’, but it is still ‘valid’ because there is no new one and there will not be a new one until the Clergy-Laity Conference of 2024 – as we reveal in this issue. There is a Metropolitan deposed and unaccounted among the challenges of Elpidophoros, who had set his sights on taking the Metropolis of New Jersey before he was even enthroned.

He has openly mocked the suspension of the Charter and the institutions that have been in force for many years at the Archdiocese of America regarding the episcopates. I am referring specifically to the promotion of Athenagoras Ziliaskopoulos, who was brought here by Elpidophoros urgently from Canada without even having the necessary documents for residence and a work permit – he came on a student visa. Athenagoras has traveled an interesting route: he is widely known in ecclesiastical circles in Germany, Northern Greece, the Phanar, and Canada.

The Archbishop tried to make him bishop within a few months, but was stopped by the Eparchial Synod here, which told him that he came “yesterday” and has not completed five years of service in America, as provided for by the Archdiocesan Charter. At the same time, there were very serious objections from the Phanar, which cannot presently be noted in detail.

However, Elpidophoros, although aware of the situation, succeeded and persuaded the Patriarch to proceed with the episcopal election of Ziliaskopoulos by making him his own auxiliary bishop, i.e. of the Archdiocese of Constantinople, and entrusting him ‘on assignment’ to the Archdiocese of America.

Of course, the hierarchs, priests, and the multitude of the Church here understood this trick “in another way,” but “they do not respond” loudly, but in a low voice. The Metropolitans, because they are terrified by the unjustified and uncanonical dethronement of Evangelos, one of the strongest supporters of the Patriarchate in every way, including, of course, financial support, and the priests are also afraid that he will take them out of their communities and replace them with those he brought from Halki, Thessaloniki, and elsewhere.

The laity of the Archdiocesan Council secretly comment on these matters but they won’t go on record because they don’t want to miss out on the photo ops and fancy dinners, while the vast majority of the Church and the Omogenia observe from afar, shaking their heads and mourning the lost hope…

And so we have arrived to the current tragicomedy of the suspension of the Charter, which is valid even though it is suspended, that is, we are talking about self-mockery.

People who love and respect the Patriarch wonder what is going on. How does he allow Elpidophoros to drag him into such serious missteps?

If the Charter needed to be revised, it should have been done in due time, with respect and appreciation for the Hierarchy here, the Clergy, and the Laity, who were completely ignored by Elpidophoros and informed by The National Herald that fateful morning of Thursday, October 8, 2020.

Where is the cooperation and transparency that Elpidophoros promised, which most of the clergy and the laity are asking for? How was such a serious issue suggested to the Patriarch “without the knowledge and the opinion of the majority,” (δίχα της γνώμης των πλειόνων) that is, of his fellow bishops of the Eparchial Synod?

Of course, Elpidophoros is hiding behind the Patriarchate, saying and writing unfortunately (in announcements) that all this was a decision of the Patriarch and the Synod, while the truth is that Elpidophoros himself suggested it. Of course, the Patriarch could very well reject these things, but that is another matter.

So, two and a half years of patience are required for the appearance of the new Charter, at the Clergy-Laity Congress of 2024. It seems that here there is obviously a clash of cultures and mentality between the West and the East, as follows: We here in the West, in this blessed country of America, walk with other rhythms, quickly, because the train of history passes at running pace, and if we miss it, we are left behind. When there is something that must be done today, we already did it yesterday – and that is how progress occurs. In the East, there is the mentality of ‘slowly-slowly’ or ‘yiavas-yiavas’ in Turkish.

A comforting sign that is beginning to appear is that many hierarchs of the Phanar do not seem willing to consent to the proposals of Elpidophoros. Of course, the question is what attitude Patriarch Bartholomew will take, because in the end, what he will suggest will be done.