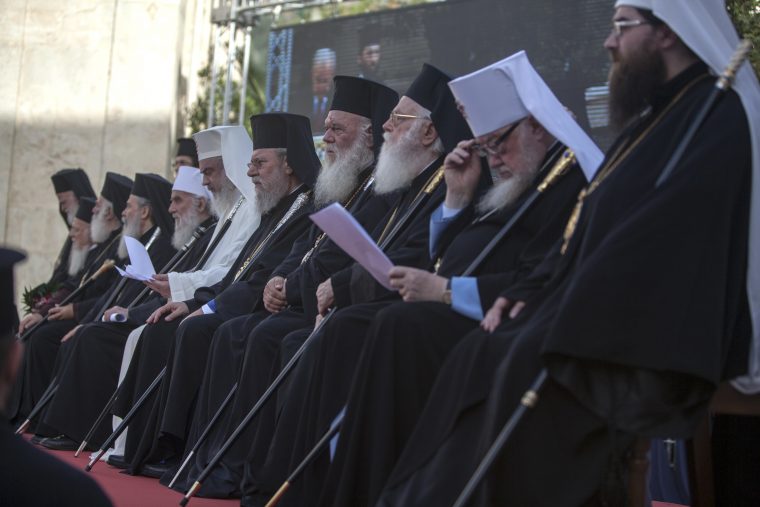 A year after the Holy and Great Council (HGC) – the Orthodox mega event designed to demonstrate Pan-Orthodox unity– an alarming internal rift is evident within the Orthodox Church. Fortunately, the rift is still in an early stage and as such its effect has been minimal, but considering its potential for adversely impacting Orthodox unity, every effort must be made to confront and heal it now.

The rift can be traced to the Holy and Great Council held last summer on the island of Crete.

It will be recalled that four of the fourteen autocephalous Churches that make up Eastern Orthodoxy elected not to attend the work of the Council, but despite their absence, the Ecumenical Patriarch decided to proceed with its deliberations anyway. There was nothing arbitrary or capricious in his decision. Only a few months earlier, the four absentee Churches had promised to participate in the Council, and certainly more than ample preparations had been made through the previous 55 years to ensure its success. At its conclusion, the Council was officially designated as “Holy and Great,” with its decisions binding all members of Orthodoxy.

But, not in the view of the Churches of Russia, Bulgaria, and Georgia that had abstained. The event in Crete, they charge, had not been “Holy and Great” and neither were its decisions obligatory on them because they had been reached by the consensus of 10 Churches only, not all 14 as had been previously agreed to. The assessment is admittedly harsh, but considering that it originates with three Churches that include within their ranks nearly half of the worldwide Orthodox hierarchy and faithful, it cannot be taken lightly.

The Churches of Georgia and Bulgaria are especially harsh in their criticism of the HGC. The documents produced in Crete, they charge (especially the one entitled “the Relationship between the Orthodox Church and the Rest of the Christian World”) do not comply with Orthodox teachings and the dogmatic and canonical traditions of the Church. The Church of Russia is less critical.It abstained from the proceedings of the Council, it explains, because not all Churches would be attending, and without participation of all, a Council would be pointless. Besides, it considered the preparations undertaken for the Council to have been insufficient.

The three Churches are not alone in their criticism. Several hierarchs, especially from the Church of Greece,have likewise bitterly criticized the Council and its deliberations. The documents produced in Crete, many charge, were “diplomatic compromise texts” and as such not worth pursuing.Reportedly, a total of 33 Bishops who attended the Council, refrained from signing one or more of the documents adopted.

Clearly, a rift is in being within the Orthodox Church that needs to be addressed. It cannot be ignored, for rifts have a tendency of becoming permanent. A rift in 1054 resulted in a major schism between East and West, and despite efforts at reconciliation in Lyons and Florence has remained so. Centuries later, East and West continue to live apart,despite efforts at reconciliation began by Pope Paul VI and Patriarch Athenagoras, and more recently by Popes Paul II, Benedict XVI, and Francis, and Ecumenical Patriarch Bartholomew.

How is the rift to be addressed? By dialogue, of course, between the two sides. This is apparently the process that the Ecumenical Patriarch favors, as evidenced by his recent reference to a Theological Council, scheduled to be held in Thessaloniki in April, 2018 for the purpose of amending certain approved documents and making their acceptance wider. Whether this goal is to be achieved, however, is uncertain. The Orthodox Church reaches decisions during all its deliberations by the consensus of all of it 14 Churches.Will consensus occur in Thessaloniki or will perhaps a minority of one or two Churches block agreement? Decisions by consensus are hardly ideal. But as long as the structure of the Orthodox Church consists of 14 independent units, without central control, it is the only way.

Hopefully, the present rift and the desire to overcome it will bring home the urgent need to reorganize the structure of the Orthodox East and to instill it with a common purpose.The most desirable option in this regard is for granting the Ecumenical Patriarch authority to serve as the “first” Primate of the entire East (not merely the first among equals), while working closely on matters of basic Orthodox policy with the Primates of all 14 Autocephalous Churches. Without such a structure in being, the Orthodox Church will continue to flounder and will be powerless to pursue the goal of Christian unity that has allured Christianity for the past ten centuries.