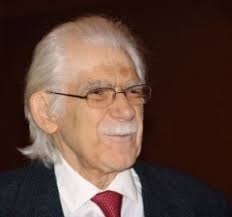 Financial and academic problems are again plaguing Hellenic College Holy Cross School of Theology (HCHC). The crisis has even called into question the desirability of their continued existence. Reviewing the history of the institution provides some guidance on what changes may be desirable.

The first attempt to create a Greek Orthodox school of theology in America came in 1921 following a visit by the Ecumenical Patriarch Meletios Metaxakis. Understanding the need for English-speaking and American-born priests, he founded the Seminary of St. Athanasios in Astoria, New York. The school lasted only two years, falling victim to community disputes between royalists and Venizelists.

Turmoil within the Orthodox Church continued until 1930, when Archbishop Athenagoras was assigned to bring harmony and unity to the institution. Athenagoras proved to be an ideal choice. He was a primate who looked forward to where Greek America was heading rather someone clinging to a nostalgic past unsuitable for the United States.

One of Athenagoras’ first actions was to assist several Greek-Americans to go to study at the legendary Halki Seminary and then complete their training at the University of Athens. The graduates of this initiative made such a good impression upon their return that the Archbishop convinced the Clergy-Laity Conference of 1935 to establish Holy Cross as a two-year seminary. Study there was to be followed by four years of study abroad. The school, housed on an estate in Pomfret, CT, opened its doors to fifteen students in 1937.

Just as the first Holy Cross class was due to graduate, World War II commenced. The Holy Cross Board of Trustees met that challenge by expanding the seminary’s offerings into a four-year curriculum. By the time Athenagoras left America to become the ecumenical patriarch in 1948. some 70 Holy Cross graduates were serving Greek- American communities. Since the 1960s, the majority of new priests in America have been Holy Cross graduates.

Before leaving the United States, Athenagoras arranged for Holy Cross to be moved to Brookline, MA. The move was designed to put the school into the same intellectual orbit as nearby prestige institutions such as Harvard, MIT, and Brandeis. In 1954, the school was able to offer a BA degree in theology based on a six-year curriculum. Two years later it added a Bachelor in Divinity and Master’s Degree in Sacred Theology.

Holy Cross stretched its intellectual dimension in 1954 by initiating “The Greek Orthodox Review of Theology. “The intended audience went beyond the United States to Orthodox theologians throughout the world and all those interested in Orthodox theological thought.

Archbishop Iakovos, who had worked alongside Athenagoras became leader of the American church in 1959. Seeking to create a long-term asset for Greek America, Iakovos established Hellenic College as a secular twin to Holy Cross in 1968. He envisioned Hellenic College as a center that would train skilled leaders, male and female, for a Greek American the midst of a new wave of mass immigration and the growing phenomenon of considerable out marriage to non-Greeks.

Another intellectual step forward came in 1984 when Holy Cross joined with Queens College to launch the “Journal of Modern Hellenism” (JMH). The journal was coedited by Holy Cross’s Father Nomikos Vaporis, and Harry Psomiades, of Queens College which is located near the largest Greek community in America. The JMH offered an interdisciplinary approach to the study of Modern Greece, Cyprus, the Hellenic Diaspora, and Greek America. Vaporis would remain co-editor of the journal until his death twenty years later.

Since Iakovos resigned in 1996, Hellenic College Holy Cross has declined in the services it renders to the community. Despite generous funding, the institution has experienced chronic deficits and the number of students has fallen. Some of its intellectual outreach has been curtailed, such as its withdrawal from co-publishing the JMH. The quality of education does not attract the cream of Greek American high school graduates and its faculty is not known for significant contributions to Greek American Studies. The facilities of the school, educational shortcomings, and other factors have led accreditation boards to issue Notices of Concern. If these notices are not addressed in reasonable time and fashion, the institution would loss accreditation, making it unattractive for anyone seeking a degree.

The Board of Trustees are considering a number of immediate fixes. Uniting the faculties of the two college and placing them under a single Dean makes financial and educational sense. Given there are now 22 full-time faculty for 140 students, cutting the faculty by half or making them part-time adjuncts is reasonable. Freezing sabbaticals and payments for conference travel is also reasonable. The need to institute mandatory hours on campus for full-time faculty suggests the kind of professional malpractice now commonplace.

Looking beyond the crisis, financial order must be stabilized and the purpose of the institution re-examined. The viability of Hellenic College seems problematic, especially given that the community and potential students have never shown much commitment to its concept. Holy Cross, however, is potentially still viable. The need for priests is urgent. Holy Cross, however, might be best served by being closed for a year and reorganized so that it can again attempt the religious leadership role originally envisioned for it. Just putting more money into the present structure is pointless.