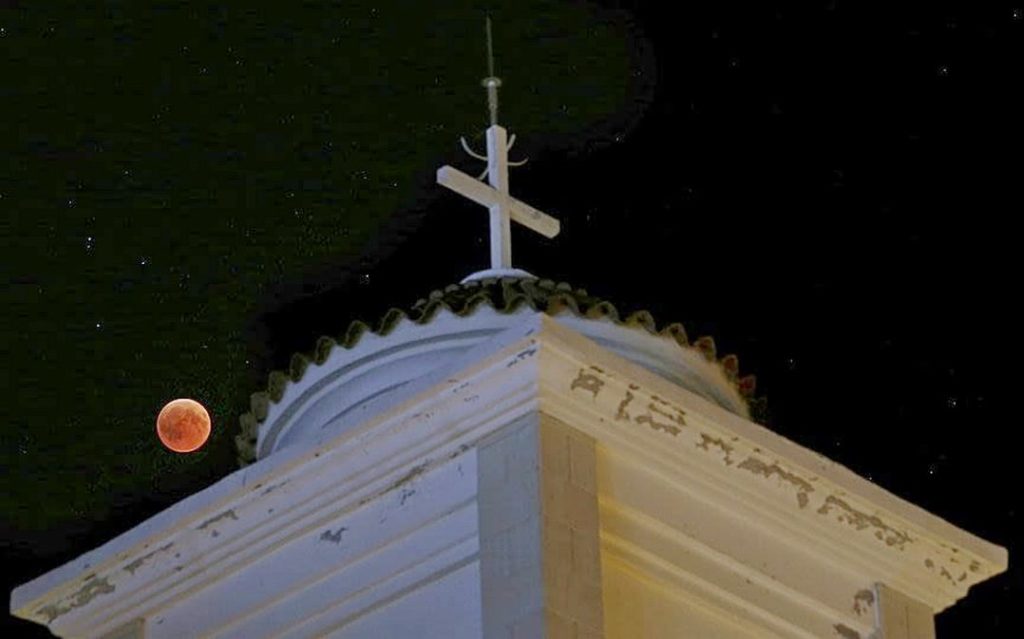 When I think about my Orthodox faith, where I would instinctively head to gather my core, the road always led straight to the Byzantine structure with the Greek Orthodox sign. Given my Hellenic heritage, the subject of where I spent two hours on Sunday morning was not up for debate. My unbreakable connection to Greek denotes where my forebears sailed here from. It wasn’t Russian. It wasn’t Serbian.

Forty years ago, if I were to come across a fellow worshipper who dared to admit they were Russian or Bulgarian Orthodox visiting the Greek church, my finely tuned xenophobia meter would kick in. While I would feel compelled to drench them in feigned sincerity and warmth, that dark inner voice would be asking what they’re doing there. If that wasn’t disgusting enough, I remember when a Black family – probably Ethiopian Orthodox – showed up at coffee hour, the not-so-discreet stares began along with the murmurs. I was the worst offender.

Things are, at long last, changing for the better. The progress in opening wide an umbrella that has enough room for pan-Orthodox communicants is a reflection of shifting priorities, according to Father Louis Christopulos, the chancellor at the Metropolis of Denver. Many churches, especially those not in big cities, “have less of an immigrant population,” he explained, adding that there is also an explosion in mixed marriages. “Our neck of the woods needs Greek and uses Greek, but more and more, less and less is needed.” The goal, he explained, is not to brush aside a specific culture, “but to use it in an inclusive, not an exclusive way.”

The fact that Orthodoxy’s nationalistic roots embrace a wide swath of nationalities doesn’t mean the narrative can’t be recast in a changing American society, declared John Bourquin, a deacon at St. Luke’s, an Antiochian Orthodox parish in Colorado. “You don’t want to turn people off before they come in the building.” If a sign reads ‘Greek’ or ‘Russian’, he added, “they might say `I’m not Greek, I’m not Russian.’ Read the sign. Everyone needs to throw that away.”

In the six months I’ve called northern Colorado home, I have noticed there are at least two Greek parishes in this region that have dropped the ‘Greek’ from the name and replaced it simply with ‘Orthodox’. One is St. Spyridon, in Loveland, 20 miles north of where I live. The other is Saints Constantine and Helen, farther north in Cheyenne, WY, the state capital. That parish identifies itself as ‘Orthodox Christian;. An online check revealed that the pastor there writes, “we hope and pray that your journey of faith continues and opens the door to the Holy Orthodox Church.”

In all this flurry of the call for unity, I take my hat off to my Aunt Fran. She’s 87 now, living and thriving in a retirement community in Clearwater FL, still turning out the best cakes and pies in the known universe. Her down-home Protestant roots in Texas led to marriage with my Uncle Jim and the Orthodox church. If anyone preaches the call for Christian oneness, it’s this faithful gal. She took her outsider status, converted, and burst onto the front lines at her church, Holy Trinity, graciously taking on a flurry of roles, walking the talk.  But she is also a realist. People are creatures of habit, she said. While within the Orthodox framework it would be great to see tangible unity, she said, “I think we have a long way to go to convince other denominations to add anything that says ‘Orthodoxy is the way and the only way.’ Mankind does not bend easily, especially when it comes to their ideas about religion. We all need to wake up and believe that Jesus is the one to follow if eternity is our goal.”

My wife, who is also of Greek extraction, recalled when she was growing up in inner-city Baltimore in the 70s that her parish, Annunciation Cathedral, reminded her of a trip back to her parents’ villages in the Peloponnese. “If it was Sunday, it meant an all-day immersion in my roots. The Divine Liturgy was long and, at that stage of my life, boring. After the coffee hour, where aunts and uncles would squeeze my mine and my sister’s cheeks while munching on koliva. Then it was off to my cousin’s house for more ethnic immersion. At that age, I assumed every kid my age spent Sunday doing the same thing.”

Gradually, her sentiments have changed. “I don’t think Church should ever be about one ethnic group,” she declared, her voice firm and her message received loud and clear. “it’s about worship. It seems like a very outdated point of view in 2022.”

As the flowering of pan-Orthodoxy continues, advised Father Christopulos, “the idea is not to lose your  ethnic identification, but to make sure it’s [about]philoxenia – reaching out to others. Proud of your hospitality, love of strangers.”