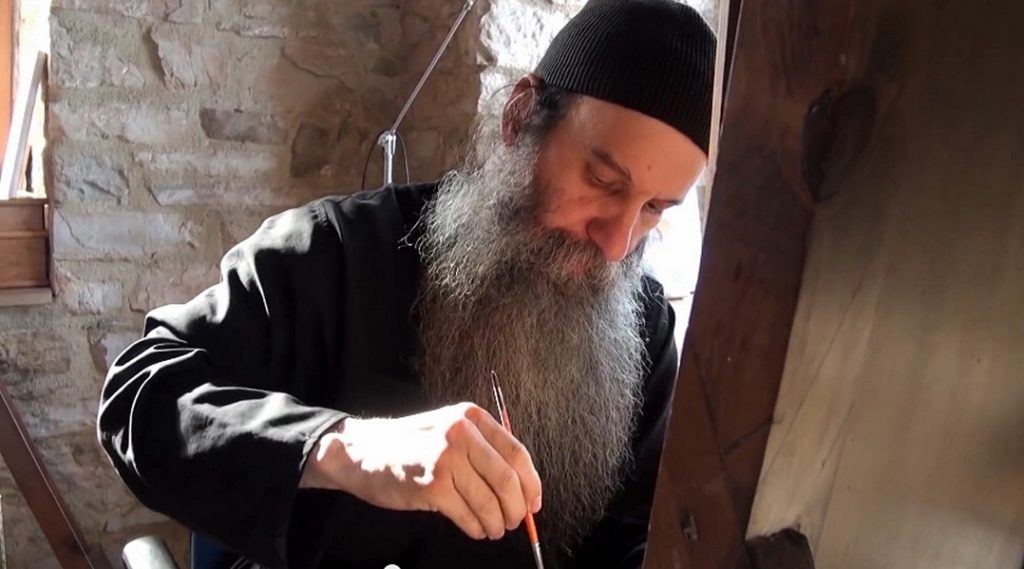 On January 4, 2019, His All Holiness, the Ecumenical Patriarch Bartholomew welcomed in his patriarchal residence the Reverend Hieromonk Luke of Xenophontos. Father Lucas, the most famous Athonite painter and calligrapher, gave His All Holiness the parchment with a calligraphy of the Tomos for the autocephalous Church in Ukraine, hand written by him, with the blessing of his Abbot, Archimandrite Alexios of the Xenophontos Monastery, Mount Athos. 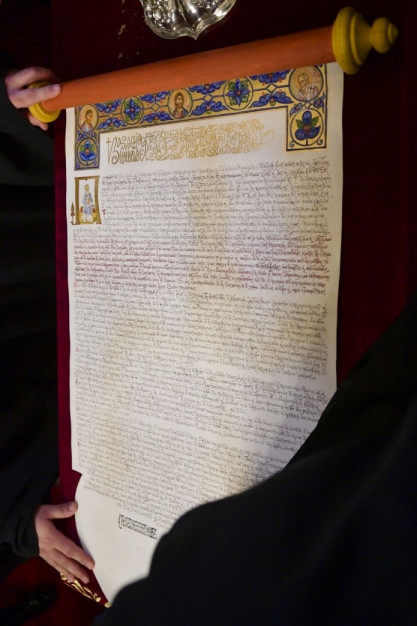 Tomos of Autocephaly for the Church of Ukraine

The representatives of the Ukrainian Church, headed by the Metropolitan of Kiev, Epiphanius, have already arrived at Phanar, where the next day they will attend the ceremonious act of the Tomos ratification by the Ecumenical Patriarch. Following that, on Sunday, the two Heads will concelebrate at the Great Church, on the occasion of the feast day of Epiphany, according to the new calendar. During the Divine Liturgy, the Patriarch will hand the Tomos to the Metropolitan Epiphanius.