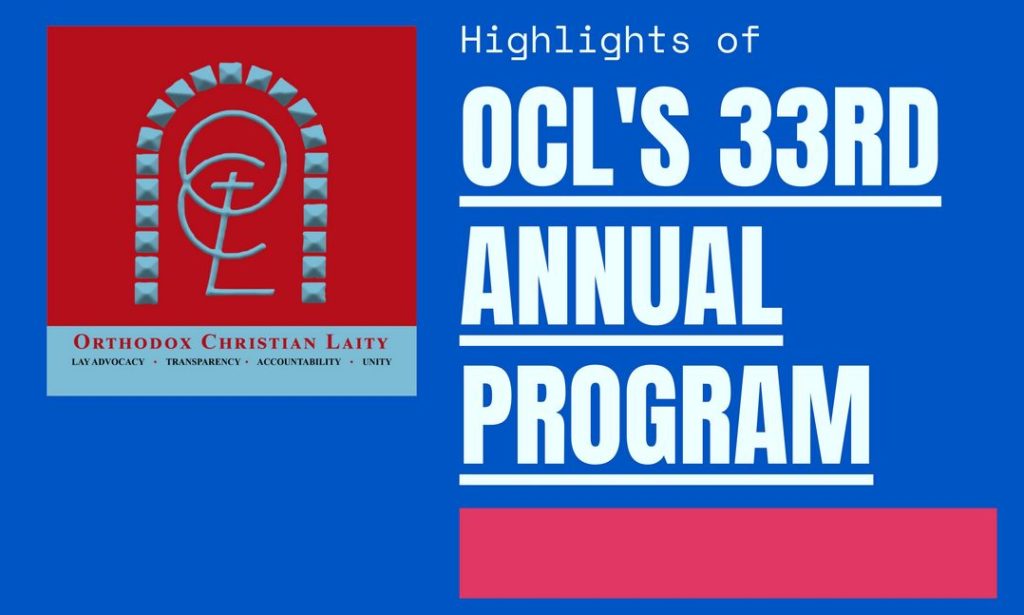 Due to the pandemic restrictions, Orthodox Christian Laity’s 33rd Annual Meeting and Program took place online on November 13, 2020. We looked forward to the opportunity to be on the campus of St. Vladimir’s Orthodox Theological Seminary as originally planned; however, the online events did allow wider participation by board members, supporters, and other interested individuals from any geographic location.

The annual business meeting held on the morning of November 13, opened with a memorable prayer by His Eminence, Archbishop Nathaniel (see below) who is celebrating his 40th Anniversary of ordination into the Episcopacy. 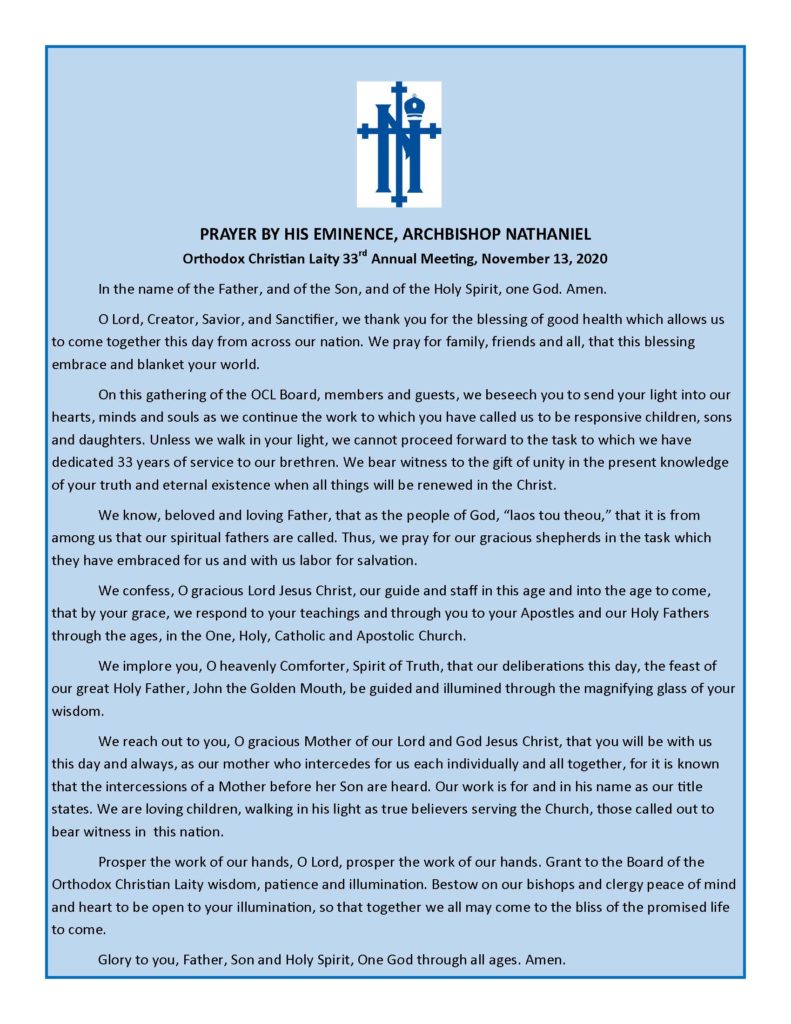 His Eminence Archbishop Elpidophoros offered a video greeting and blessing (see below)  following the beautiful prayer of Archbishop Nathaniel.

The preliminary minutes of the Annual Meeting describe in more detail the reports, discussion, and decisions taken. A summary of Board actions follows:

At 1 pm, Rev. Dr. Chad Hatfield presented an extremely interesting program on American Orthodox Saints from historical sources as well as his own personal experience after having lived in Alaska and served as Dean of St. Herman’s Seminary for many years. The video of this presentation will be posted soon after editing is complete; however, an abbreviated version that appeared via Facebook Live is available here: https://www.facebook.com/OrthodoxChristianLaity/videos/367489238009211. 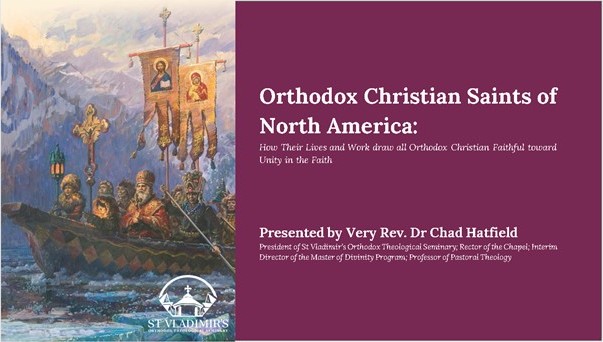 We thank His Eminence Archbishop Nathaniel, His Eminence Archbishop Elpidophoros and Very Reverend Dr. Chad Hatfield for the generous offering of their time to enrich this year’s program by their participation and blessings. Thanks also to the officers, board members, and advisory board of Orthodox Christian Laity for their selfless and dedicated sacrifice of time, talent, and treasures throughout the year, given out of love for Christ and his Church which they so fervently desire to see administratively united as in other parts of the world. May God receive our prayers and efforts made in his name for the life and salvation of his creation.

If your budget permits, please consider supporting Orthodox Christian Laity’s educational ministry by making a donation on Giving Tuesday (December 1) or during this holiday/giving season. Any donation of at least $100 will receive a copy of Under One Roof: Uniting the Orthodox Church of America, a collection of opinion essays by George Matsoukas that, as Fr. Frank Marangos has stated, promotes “the urgent restoration of jurisdictional unity and the strengthening of the historic role of the laity in the conciliar governance of the Orthodox Church in the United States.” CLICK HERE TO GIVE TODAY!