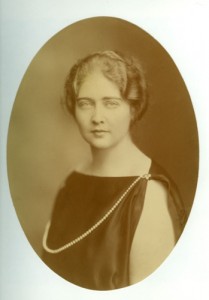 By Royal Family of Serbia

[BELGRADE, Serbia] His Royal Highness Crown Prince Alexander together with his family would like to inform the public that the process of exhumation and repatriation of his grandmother Queen Maria’s remains is in the last stage thanks to the gracious permission of Her Majesty Queen Elisabeth II, Dean of Windsor, Anglican Church, Ministry of Justice and Ministry of Foreign Affairs of the Republic of Serbia.

HM Queen Maria’s remains will be transferred from the Royal Burial Ground in Frogmore, Windsor Castle, to the St. Sava Serbian Orthodox Church in London on Saturday, 27th April 2013 where it will stay until Monday, 29 April, when the official transfer to Belgrade, Serbia will take place.

On Sunday, 28 April at 10:30 am, in the presence of the Their Royal Highnesses Crown Prince Alexander, Crown Princess Katherine, Prince Peter, Prince Philip, Princess Katarina (daughter of Prince Tomislav); Prince Vladimir, Prince Dimitri and princess Lavinia (children of Prince Andrej). A Holy Liturgy will be officiated at the Serbian Orthodox Church of St. Sava in London (89 Lancaster Gate, London W11 1QQ) followed by a Memorial service for Queen Maria (around 12:00 noon).

On Monday, 29 April  HM Queen Maria’s casket will be met at the Nikola Tesla airport (Belgrade) by the Their Royal Highnesses Crown Prince Alexander, Crown Princess Katherine, Princess Elisabeth, Professor Oliver Antic Special legal Advisor and Mr. Radoslav Pavlovic Cultural Advisor to President of Serbia H.E. Mr. Tomislav Nikolic, government officials and Serbian Orthodox Church representative His Grace Vicar Bishop of Hvosno Atanasije with blessing of His Holiness Serbian  Patriarch Irinej. The HM Queen Maria’s casket will then be transferred to the Royal Chapel of St. Andrew the First Called. A memorial service for HM Queen Maria at the Royal Chapel will be officiated by His Holiness Patriarch Irinej of Serbia at 6.00 p.m. Following the church service a reception will take place for State officials, members of the Crown Council and Religious leaders.