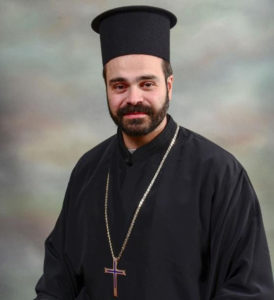 NEW YORK – The Holy Eparchial Synod of the Greek Orthodox Archdiocese of America in a special meeting on Monday, February 5, presided over by His Eminence Archbishop Demetrios Geron of America selected the three-person ballot for the Metropolis of Chicago.

The selections are as follows:

The rest of the voting went as follows: Bishop Apostolos of Medeia- Chancellor of the Metropolis of San Francisco received 2 votes.

Present at the Synodic meeting were all the Metropolitans of the Archdiocese. Archbishop Demetrios made some introductory remarks about the process and then he put forward names for discussion.

The Archbishop said that the wish of Patriarch Bartholomew is the List of Candidates to be comprised of only Archimandrites. Metropolitan Alexios of Atlanta asked him then why all that effort was made to include those hierarchs on the List, but the Archbishop was silent.
The Archbishop left for Constantinople on Monday night in order to participate in the Synodic meetings at the Phanar starting on Wednesday, February 7.

The Three-Person Ballot was chosen from the following official List of Candidates authorized by the Ecumenical Patriarchate on January 10, 2018 and under protocol number 28.
Category 1