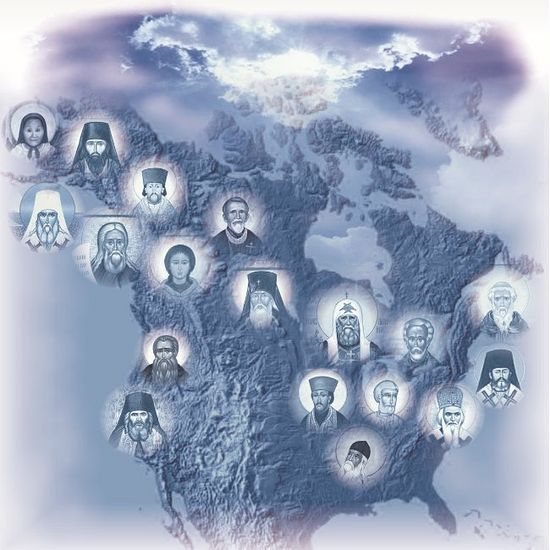 The Holy and Great Council of the Orthodox Church concerned itself with the matter of the canonical organization of the Orthodox Diaspora. Therefore, the respective documents were discussed concerning the Orthodox Diaspora and the Rules of Operation of Episcopal Assemblies in the Diaspora, which were submitted by the Fourth Pre-Conciliar Pan-Orthodox Conference (Chambésy, 2009), and by the Synaxis of Primates of the Autocephalous Orthodox Churches (January 21-28, 2016), approving them with some minor amendments as follows:

RULES OF OPERATION
OF EPISCOPAL ASSEMBLIES
IN THE ORTHODOX DIASPORA

The purpose of the Episcopal Assembly is to manifest the unity of the Orthodox Church, to promote collaboration between the churches in all areas of pastoral ministry, and to maintain, preserve and develop the interests of the communities that belong to the canonical Orthodox Bishops of the Region.

The Episcopal Assembly will have an Executive Committee composed of the Primatial Bishops of each of the canonical Churches in the Region.

The quorum for the Executive Committee is two thirds of its members and for the Assembly, an absolute majority of members, including the Chairman.

The work of the Episcopal Assembly is conducted in accordance with the principles of the Orthodox conciliar tradition and is directed by its Chairman, who has the responsibility for supervising the implementation of its decisions.

† Ieronymos of Athens and All Greece

† Sawa of Warsaw and All Poland

† Anastasios of Tirana, Durres and All Albania

† Rastislav of Presov, the Czech Lands and Slovakia

Delegation of the Ecumenical Patriarchate

† Leo of Karelia and All Finland

† Stephanos of Tallinn and All Estonia

† Iakovos of the Princes’ Islands

† Nikitas of the Dardanelles

† Antony of Hierapolis, Head of the Ukrainian Orthodox in the USA

† Jean of Charioupolis, Head of the Patriarchal Exarchate for Orthodox Parishes of the Russian Tradition in Western Europe

† Gregory of Nyssa, Head of the Carpatho-Russian Orthodox in the USA

Delegation of the Patriarchate of Alexandria

† Seraphim of Zimbabwe and Angola

† Damaskinos of Johannesburg and Pretoria

† Panteleimon of Brazzaville and Gabon

† Innokentios of Burudi and Rwanda

† Neofytos of Nyeri and Mount Kenya

Delegation of the Patriarchate of Jerusalem

Delegation of the Church of Serbia

† Jovan of Ohrid and Skopje

† Amfilohije of Montenegro and the Littoral

† Porfirije of Zagreb and Ljubljana

† Hrizostom of Zvornik and Tuzla

† Athanasios of Bihac and Petrovac

† Joanikije of Niksic and Budimlje

† Irinej in Australia and New Zealand

† Andrej in Austria and Switzerland

† Sergije of Frankfurt and in Germany

Delegation of the Church of Romania

† Teofan of Iasi, Moldova and Bucovina

† Laurentiu of Sibiu and Transylvania

† Irineu of Craiova and Oltenia

† Ioan of Timisoara and Banat

† Iosif in Western and Southern Europe

† Serafim in Germany and Central Europe

† Ioachim of Roman and Bacau

† Nicodim of Strehaia and Severin

† Timotei in Spain and Portugal

† Emilian Lovisteanul, Assistant Bishop to the Archdiocese of Ramnic

† Ioan Casian of Vicina, Assistant Bishop to the Romanian Orthodox Archdiocese of the Americas

Delegation of the Church of Cyprus

† Vasileios of Constantia and Ammochostos

† Nikiphoros of Kykkos and Tillyria

† Isaias of Tamassos and Oreini

† Barnabas of Tremithousa and Lefkara

Delegation of the Church of Greece

† Prokopios of Philippi, Neapolis and Thassos

† Alexandros of Mantineia and Kynouria

† Hierotheos of Nafpaktos and Aghios Vlasios

† Eusebios of Samos and Ikaria

† Ignatios of Demetrias and Almyros

† Ephraim of Hydra, Spetses and Aegina

† Theologos of Serres and Nigrita

† Barnabas of Neapolis and Stavroupolis

† Ioannis of Lagkada, Litis and Rentinis

† Gabriel of New Ionia and Philadelphia

† Chrysostomos of Nikopolis and Preveza

Delegation of the Church of Poland

† Simon of Lodz and Poznan

† Abel of Lublin and Chelm

† Jacob of Bialystok and Gdansk

Delegation of the Church of Albania

† Nikolla of Apollonia and Fier

Delegation of the Church of the Czech lands and Slovakia