[ditty_news_ticker id="27897"] How many Eastern Orthodox are there in the USA? - Orthodox Christian Laity 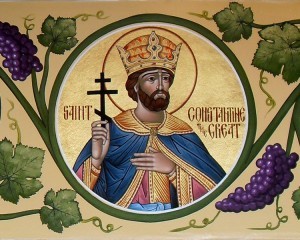 The longer answer:  According to a recent study of Orthodoxy in the United States, the real membership (number of adult adherents and their children) in all Eastern Christian Churches in the USA can be estimated atabout 1,200,000 persons.  This figure is considerably less than the commonly accepted estimations, which range as high as over four million.

The greatest disproportions between “claimed” and actual memberships were found in the two largest Orthodox jurisdictions:

* membership figures are from the Yearbook of American & Canadian Churches, National Council of Churches, 2000.

The most likely reason for this discrepancy is the common practice of equating Church membership with the total number of representatives of a corresponding ethnic group including second and third American generations of the original immigrants, independent of these persons actual relationship to the Orthodox Church.

See table below for additional data.

The research also found that Orthodox Churches are struggling with the issue of their changing nature and mission in American.  Beginning in the 1970’s, fundamental changes took place in the demographics of the Orthodox jurisdictions.  These changes included

These changes have essentially altered the standing of the Orthodox Churches on the contemporary American religious scene.  Religious faith and ethnic identity, once seen as inseparable, are increasingly less important for the socially-mobile, geographically-dispersed, English speaking second, third and fourth generations of Orthodox in America.  Nor is this an important consideration for the ever-increasing number of Orthodox converts raised in other religious traditions. Nevertheless, at the beginning of a new millennium, the jurisdictional distinctiveness still does remain a basic characteristic of Orthodox Christianity in the USA.

Current Sources of Growth in US Orthodox Churches

There are three possible demographic sources of growth:  immigration, the offspring of church members, and Anglo-American converts.  In nearly all of the Orthodox jurisdictions, new immigrants are roughly as important for membership growth as are the children of existing members, and in many cases immigration is still the major source of church growth.  With the offspring members there is the added factors of the natural desire to assimilate into the dominant American culture and drift away from the language, customs and to a large extent from the Orthodox faith of their parents.

This project is a study by Alexei D. Krindatch (Patriarch Athenagoras Orthodox Institute) of 22 major Orthodox (Eastern Christian) Churches in the USA with a total membership of 1,200,000 adherents gathered in 2,400 local parishes.

The research was sponsored by “Association of Statisticians of American Religious Bodies” as a part of the nationwide “Religious Congregations Membership Study: 2000.” The data were obtained directly from the headquarters (diocesan offices) of Orthodox Churches in North America by personal visits there and by interviewing of the church’s leaders – the bishops or the chancellors.

Read more about this recent study of Orthodox Churches in the United States at the index page for this study.

Orthodox Churches in the USA at a Glance

“Full members” – are generally defined as the persons older than 18, paying regularly annual Church membership fees and officially recorded as the members by the Church. These data were obtained from the headquarters of various Orthodox jurisdictions in USA.

“Adherents” – are generally defined as all those baptized Orthodox, who are well known to the local parish and attend church services several times a year (at least by major celebrations such as Easter, etc.) and their children. These data present result of our research work and were obtained as a result of analysis by comparing of various sources of information (number of full members, average attendance on regular Sunday versus major Church feasts, number of persons on mailing lists of each jurisdiction, the size of the circulation of the major Church’ newspaper, etc.).