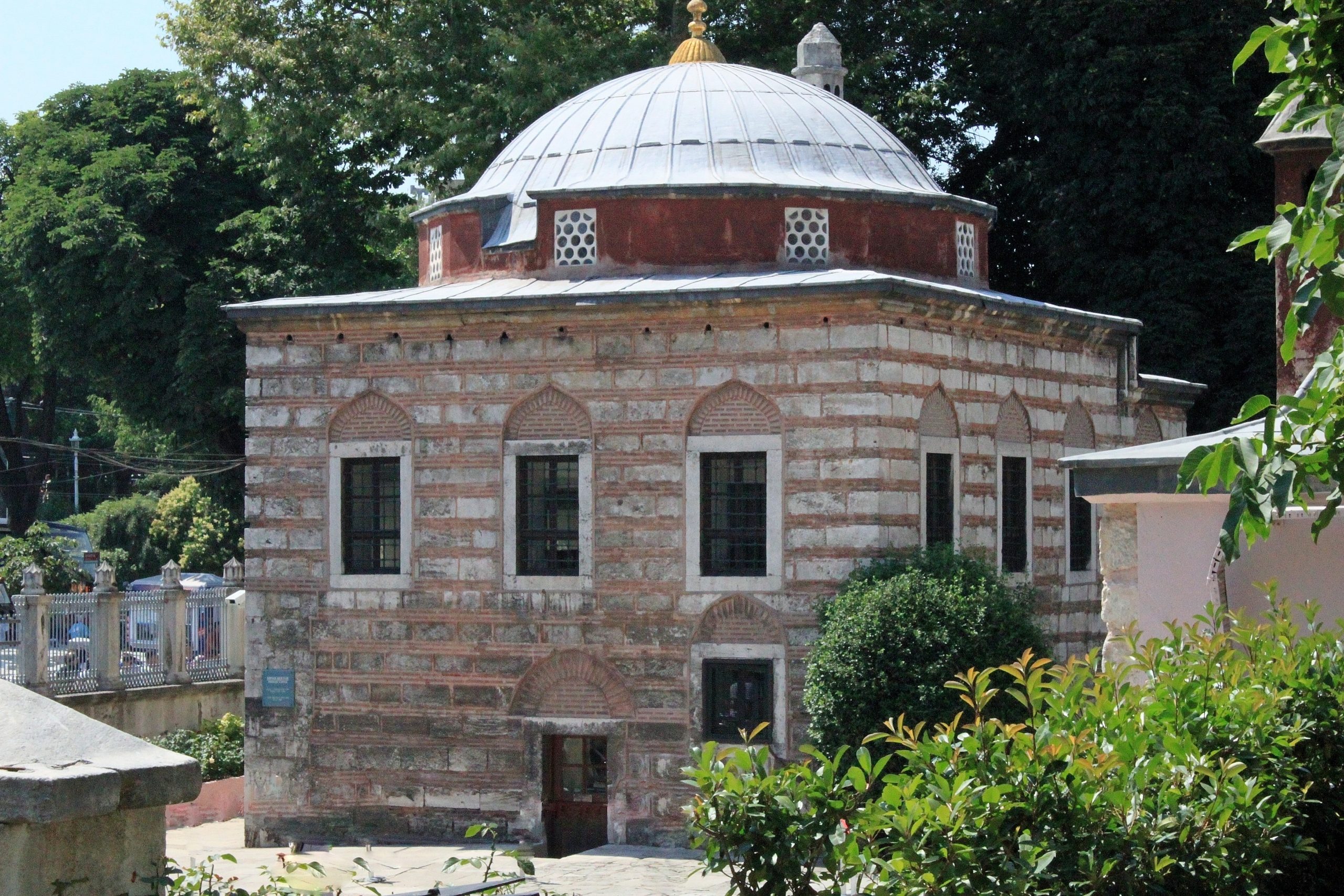 Istanbul: Hagia Sophia madrasa
Sultan Mahmud I had a madrasa (Koranic school) built on the grounds of the Hagia Sophia in 1740.

Source: Order of St Andrew the Apostle – Archons of the Ecumenical Patriarchate

Read this article on ICOMOS »

Hagia Sophia Museum, one of the most remarkable monuments of the world, was inscribed on the Heritage List in 1985 as part of the Historic Areas of Istanbul; the inscription brought with it a commitment on the part of the Turkish state to protect and use the monument in accordance with the principles of the World Heritage Convention and related international documents.

Two issues of concern have recently emerged regarding Hagia Sophia Museum, the first of those being the plans for the reconstruction of the now extinct building of Hagia Sophia Madrasa, which we have already announced in our letter dated 12.06.2013, and the second, the public debate surrounding the refunctioning of Hagia Sophia Museum. This letter focuses on the former; however, for the latter, what should briefly be underlined is this: Any decision for the change of use, planning and conservation interventions on each and every World Heritage Site must be made with consideration of the situation, attributes and uses of the site/ structure at the time of its inscription on the World Heritage List, with a holistic approach and thorough consultation with the UNESCO World Heritage Centre and the international and national committees of its advisory body ICOMOS. An approach to the contrary will call into question the World Heritage status of the site.

In 1993, the State of Conservation of Hagia Sophia Museum was reviewed with a monitoring mission undertaken by UNESCO experts. As a result of a concerned criticism within the mission’s report, the Ministry of Culture and Tourism decided to create a ‘Scientific Committee’ for the Hagia Sophia; the Committee was established with the participation of specialists in architectural history, structural and seismic engineering and conservation from Boğaziçi and Istanbul Technical Universities and of three officials responsible for the Museum’s management and maintenance, as well as international experts. As its first task, the Scientific Committee set out the priorities of works that needed to be done; it made efforts to instill the practice of commencing conservation interventions on the site only after a specific project was designed for them and approved by the Conservation Board for Cultural and Natural Assets of the Ministry.

During the UNESCO mission of 1993, Professor Cyril Mango, one of the experts appointed on the mission, drew attention to the archaeological potential of the area to the northwest of the Hagia Sophia, where the remains of the madrasa were found, and proposed that archaeological investigations be conducted in the area. This proposal has to this day not been addressed; on the contrary, further initiatives have been developed in recent years toward the reconstruction of the demolished madrasa. In 2009, the madrasa, which had been demolished in the 1940s, was registered as a 1st grade historic monument by the IVth Conservation Board for Cultural and Natural Assets of Istanbul; accordingly, documentation, restitution and restoration proposal drawings were prepared for the area. On April 4, 2011, the reconstruction project submitted to the Board was referred to the Hagia Sophia Scientific Committee, requesting their comments.

The erection of a new structure next to a monument of World Heritage Site status warrants close scrutiny, even if this is the reconstruction of a historic structure that was previously demolished.

The Hagia Sophia and Süleymaniye Mosque have provided the essence -the fundamental values- of the World Heritage designation of the Historic Areas of Istanbul, as per Criteria 1 and 2, and for their serving as a reference for the architectural development that followed afterwards, as per Criteria 3 and 4. It should be emphasized at this point, that the use and the environmental context of both monuments (Süleymaniye Mosque and Hagia Sophia Museum) in 1985 have played an important role in meeting the Criteria of World Heritage listing.

Considering the present state of the traditional residential quarters of Süleymaniye and Zeyrek and the way that the Land Walls have been engulfed by urban development, it can be said that Sultanahmet Archaeological Park has preserved its integrity and continuity relatively intact and that the historical stratigraphy is still legible. However, reconstruction and refunctioning interventions such as described above will clearly cause the loss of this authenticity and integrity.

The risks that would arise from the reconstruction of the madrasa, which is so close/adjacent to the Hagia Sophia, were communicated by the members of the Scientific Committee to the Minister of Culture and Tourism in 2011, and Minister Ertuğrul Günay accordingly instructed the General Director of Cultural Heritage and Museums Orhan Düzgün to have the project withdrawn.

However, in the period that followed, not only did the issue of reconstruction of the madrasa not disappear from the agenda but the Ministry of Culture and Tourism also abolished the Scientific Committee in September 2012. Afterwards, the project that the Istanbul Directorate of Surveying and Monuments had had prepared was re-submitted to the IVth  Conservation Board of Istanbul, which approved the project unanimously on December 19, 2012.

The approval of the reconstruction proposal for the two-storey madrasa building,  leaning against the western facade of the Hagia Sophia, reveals only the lack of professional knowledge of the Conservation Board members regarding the World Heritage legislation. If one is to consider how many 1500-year-old buildings are still standing in the world today, as well as how, among these, the Hagia Sophia may be one of a handful of outstanding accomplishments of architectural history, the implications of constructing a new ‘fake historic monument’ immediately next to it shows the gravity of the situation.

The proliferation of imitations and reconstructions that are far from being authentic within a cultural heritage district as deeply layered and expansive as Istanbul’s World Heritage areas, would be a factor that undermines the integrity of the site in general and the significance of the authentic structures within it. Replicas of buildings, reconstructed with no good reason, and the superficiality of which even the layman can detect, should have no place within a World Heritage Site.

We hereby express our view that insisting on the execution of the reconstruction project, most recently with the concrete steps taken to this end immediately following the Conservation Board approval, will have a negative impact on the Outstanding Universal Value of Istanbul and the Hagia Sophia, and create a serious risk for the Historic Areas of Istanbul World Heritage Site.