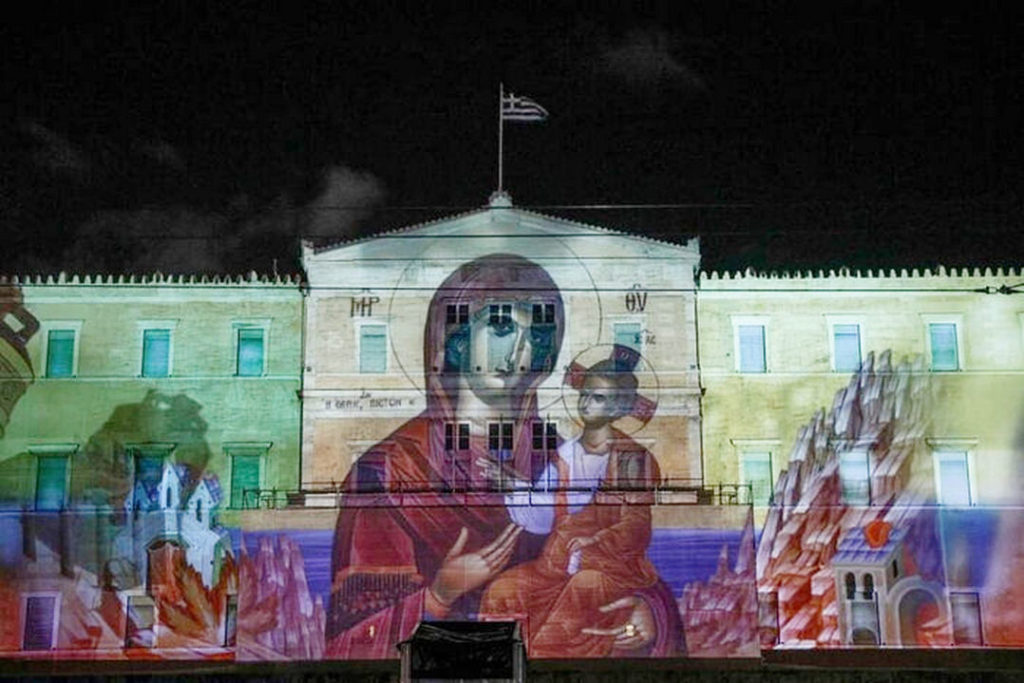 A number of events were held in Greece on November 21, celebrated sa Greek Armed Forces Day, and the feast of the Entrance of the Theotokos into the Temple in the Orthodox Church.

The Mother of God is the patron of the Greek armed forces.

Among the events were a solemn flag-raising over the Acropolis, the laying of wreaths by the Greek president at the grave of the unknown soldier, and for the first time, a light show projected onto the Greek Parliament building, reports the Orthodoxia News Agency.

The show depicts many famous battles from throughout Greek history, including the Battle of Marathon, the War of Independence of 1821, and Greek warships ready to meet the Turkish challenge.

Besides the military scenes, an icon of the Theotokos with the Christ Child was also projected on the building for a few seconds, beginning at 3:08 in the video below:

The display caused quite a stir among Greeks, who were locked up in their homes during the show on Saturday night by government decree. Comments on social media decried the “warmongering” display and the apparent lack of separation between Church and state in modern Greece.

The wolves in sheep’s clothing in the government are simply using the image of the Lord and the Theotokos, the blog author writes, knowing that the faithful can’t help but feel some sweetness and comfort in their hearts at the site of the Panagia.