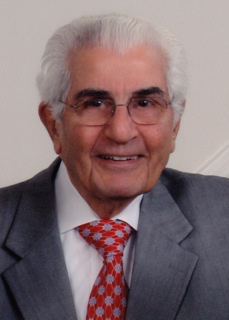 In the history of the Orthodox Church, the year 2016 could have been momentous. It was, after all, the year of the Holy and Great Council (HGC), the once in a millennium mega event that was designed to bring together all fourteen Orthodox Autocephalous Churches in a grand demonstration of unity. Sadly, it did not turn out to be. Four Churches boycotted the event, in the process providing evidence of the disunity that sadly afflicts today the Orthodox Church.

The degree of disunity, demonstrated by the absence from the Council of the Patriarchates of Russia, Georgia, Bulgaria, and Antioch, should not be underestimated. Not only did the four decline to attend, but to this date, are refusing to accept the legitimacy of several documents that were promulgated by the Council during its deliberations. The most notable and important of these is entitled “Relations of the Orthodox Church with the Rest of the Christian World.”

Sadly, the year 2016 saw also a deterioration in the relations between the Patriarchate of Russia and the Ecumenical Patriarchate. The rivalry between the two is not new, of course. It traces its origins to the Ottoman and Tsarist days, and though dormant during the years of communist rule, has returned with renewed energy after the collapse of the Soviet Union and the ascendance to power of Vladimir Putin and of Patriarch Kirill of Moscow and all of Russia.

Since the rivalry has its origins in Moscow, it is extremely difficult for outsiders to assess its real intentions. Some observers suggest that the Moscow Patriarchate is striving to become the “New Rome,” in the process replace Constantinople and assume primacy over the entire Orthodox Church. Others differ, however; Moscow has no such ambitions, they claim.

Being the largest of all Patriarchates in terms of Orthodox faithful under its jurisdiction, it is only logical that it pursue an activist policy. This view is officially supported by Moscow, which in all its public expressions gives credence to the role of the Ecumenical Patriarch as the first in honor in the Orthodox East. But “primacy in honor,” it points out, does not also extend to “jurisdiction,” an area which in its view the Ecumenical Patriarchate has a tendency of nfringing upon.

There is no Canon of the Church, Moscow emphasizes, that gives primacy of “jurisdiction” over the entire Orthodox Church to the Patriarch of Constantinople. He is merely the “first among equals” in the East – no more.

Compounding the uncertainties between the two Patriarchates is the future status of the Ukrainian Orthodox Church (Kiev Patriarchate). This Church, established when Ukraine received its political independence, is functioning at the present time outside the jurisdiction of the Moscow Patriarchate. It also has the strong support of the government of Ukraine. Repeatedly, during the past years the Ukrainian government has petitioned the Ecumenical Patriarch to grant autocephaly for its “Ukrainian” Church. Needless to say, the likelihood of such action infuriates the Patriarchate of Moscow. Granting Kiev such status by the Ecumenical Patriarch, it warns, will result in a major schism within the Orthodox Church. Thus far, Patriarch Bartholomew wisely has resisted the demands of the Ukrainian government, but the future on this issue is uncertain.

While disunity is increasingly making its mark in the Orthodox East, powerful forces in Rome as well as in Constantinople, are promoting the reunification of Christ’s Church after a senseless separation of a thousand years. Successive Ecumenical Patriarchs and Popes, since Patriarch Athenagoras of Blessed Memory and His Holiness Pope Paul VI met in Jerusalem in 1964, have been seeking the reconciliation of the two principal branches of Christianity. The conditions for reconciliation could not be more favorable than they are at the present time, with the leadership of both Churches being on record of supporting such an action, and with neither imposing unacceptable conditions.

Orthodox reconciliation with Rome cannot be accomplished, however, as long as the Orthodox East is divided and unable to speak with a single voice. A change is imperative: The fourteen Churches constituting the Orthodox East must end their preoccupation with their own narrow interests; they need to stop operating as fourteen separate mini-kingdoms, and begin the process of building one unified Church.

How this will be accomplished is difficult to predict. Perhaps a follow-up Council will have to be convened or other mechanism be created for the purpose of resolving the differences between the Patriarchates leaning to Constantinople and those to Moscow. Orthodoxy can no longer operate as if all is well within its ranks. Unity is power and restoring Orthodox unity now is of the utmost importance.

Dennis Menos is the author of several books and writer on Orthodox and Hellenic issues. He can be reached at [email protected]