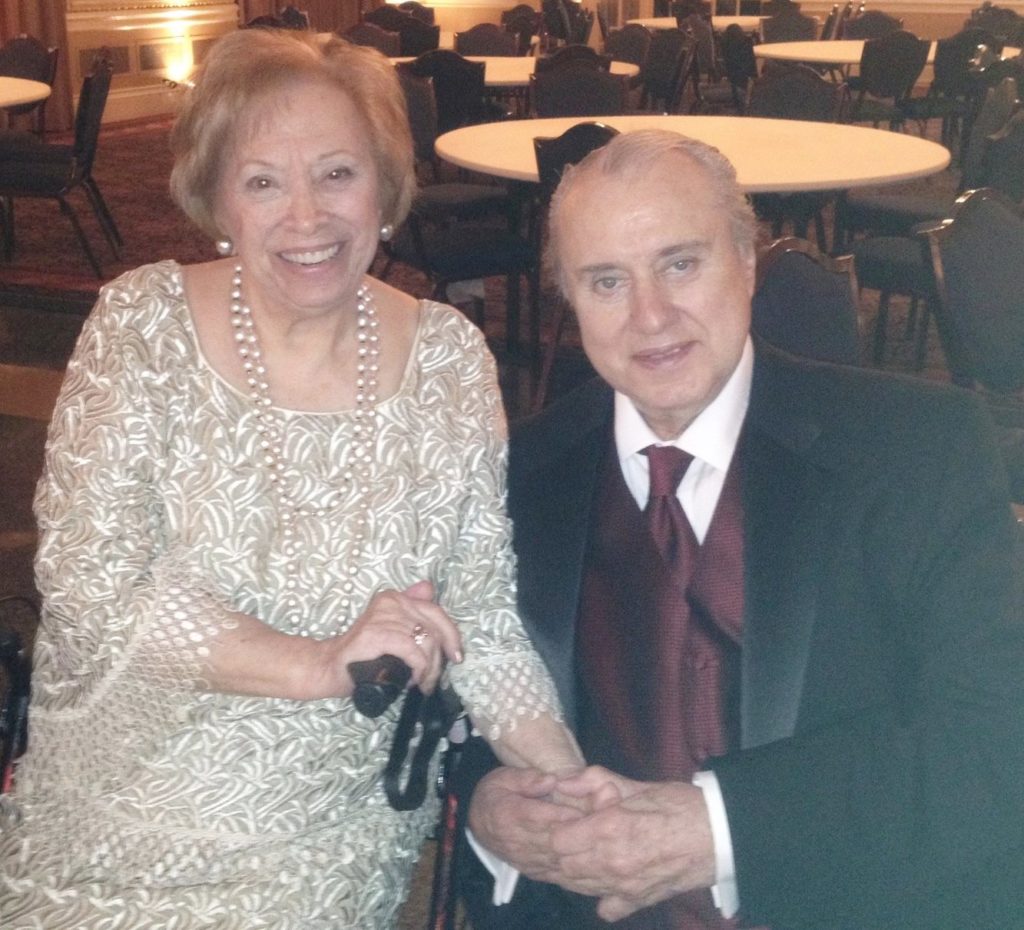 It is with great sadness that we announce the passing of our dear father, Nick Karakas, husband of the late Sophia Peppes Karakas, brother of Frances Demetre and the late Tony Karakas; father-in-law, grandfather, uncle to many nieces and nephews, and godfather.  Dad fell asleep peacefully in the hands of our Lord and Savior, on Monday, February 1st, just four days shy of his 95th birthday.

As a family, we feel blessed knowing that the last 32 months, Dad’s home was our home, and was part of God’s divine plan for family reconciliation and unification where we could spend time reconnecting, reminiscing and just loving one another.

Our loss is shared by many young and old who knew Nick throughout his career in the tobacco Industry, through many Greek and organizations, charitable foundations, business ventures and partnerships and other educational endeavors and scholarships in which he was an integral member, founder and ardent supporter.

He was a WWII Marine Corps Veteran, a philanthropist and a warrior activist who frequently wrote editorials espousing his strong beliefs in politics and religion championing many causes both popular and not so popular.  His writings stirred the emotions of many as he often liked to poke fun at the obvious but often ludicrously ridiculous.

There was the ‘public’ persona and a very different ‘private’ persona of Nick which few other than family knew.  Like many, he was a man of contradictions and polarizations, but throughout it all, his enduring faith, love for family, his Greek roots/ancestry, country, freedom, democracy, the right to life, the Greek church, Orthodoxy, Hellenism, history, current events and MAGA politics is what kept him engaged, thriving to achieve a long richly filled and blessed life.

Today, we rejoice believing in our hearts that Dad’s soul resides in God’s Kingdom, free from the physical discomfort, pain and disappointment of the temporal world.  May his memory be eternal.

In respecting our father’s explicit wishes, services and burial are private.  For those wishing to pay tribute or honor Nick, we ask that you kindly send your contributions to:

With deep love and respect for your friendship with Dad,

Orthodox Christian Laity mourns the falling asleep in the Lord of Nicholas Karakas, one of OCL’s first supporters, a board member for 34 years, and fourth president (1993-1996). His presidency stressed his total commitment to promoting transparency and accountability in matters of church administration in all jurisdictions.  The “Project for Orthodox Renewal” was introduced at a Press Conference in New York City in 1994, and Nick made arrangements for select board members to present the book to His All-Holiness Patriarch Bartholomew at the Phanar.  In fact, Nick organized two visits to the Patriarchate with delegations of board members and supporters of OCL in 1994 and 1995.  At these meetings, with Nick’s guidance, the future of the Greek Orthodox Archdiocese in the USA and Orthodox Christian unity in North America were topics of discussion.

Under Nick’s stewardship, OCL developed two studies for consideration at the request of Archbishop Spyridon, after meeting with him during his short tenure as Archbishop.  His Eminence requested that OCL develop papers on the “Challenge of Outreach” and the “History and Future of the Female Diaconate”.  Dr. Nicholas Gvosdev conducted the first study and Timi Loomos Freshman conducted the study on the diaconate.   Both studies were completed and presented to the Archbishop.

Reflecting upon his tenure as President of OCL in 2012, during the 25th Anniversary of OCL, Nick wrote: “Our churches should be fully committed to work in openness and full administrative disclosure.  The laity, who are the stewards of the church, and heirs of their grandparents who built most of the buildings, need to remain vigilant and demand openness on all levels of church administration.  This is their duty if they are truly committed to Orthodoxy.”  Nick and his gracious wife Sophia hosted the OCL board in their home on two occasions when the board met in St. Louis, Missouri. He was a caregiver to Sophia for many years along with his two daughters.  He moved to Naples, Florida, and was living in the home of his daughter Margaret and her husband these past three years. Nick remained an active churchman in his local parish in Naples, Florida.

Nicholas Karakas lived a long and active life. In addition to his work with OCL, he was a successful businessman, art collector and philanthropist.  He loved the city of St Louis and was a participant in many community projects to revitalize the city. He was one of its greatest advocates and cheerleaders. He was active in AHEPA. He was a philhellene and established two chairs for Hellenic Studies and Byzantine Studies at the University of Missouri – St Louis.  His family supported Holy Cross Seminary. Nick contributed to the development of the publication “The Art of Prophecy” (2000).  He was also a sponsor of an international sculptor project displayed at the new Athens, Greece Airport during the 2004 Olympics.  The two works were initiated and completed by artists involved in the local St. Louis art community.

It seems to me that Aristotle’s idea of happiness, the full use of one’s powers along lines of excellence, guided Nick Karakas in all his endeavors.  He accomplished many things that make a difference in the quality of life for many with a sense of excellence and happiness. Now he rests in peace. His daughters have his blessing, and we, at OCL, will keep him and his family in our prayers and memory.