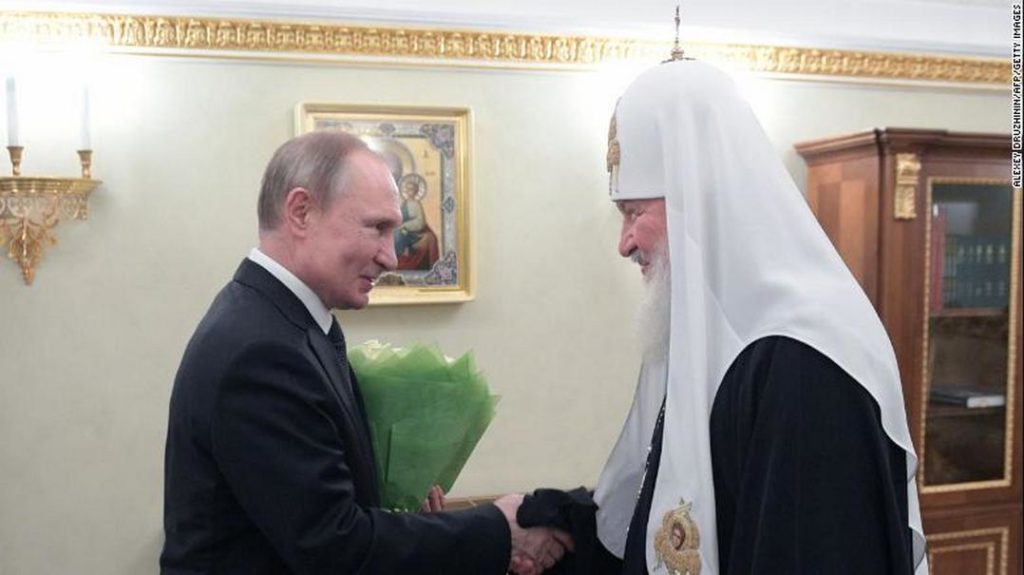 (CNN)Russian President Vladimir Putin has given several explanations for his country’s war on Ukraine, and some are more plausible than others. They include stopping NATO’s advance towards Russia’s borders, protecting fellow Russians from “genocide” or the baseless claim of “de-Nazifying” Ukraine.

The top-ranking priest in the Russian Orthodox Church, meanwhile, has offered a very different reason for the invasion: gay pride parades.
Patriarch Kirill said last week that the conflict is an extension of a fundamental culture clash between the wider Russian world and Western liberal values, exemplified by expressions of gay pride.
Yet experts say that Kirill’s comments offer important insights into Putin’s larger spiritual vision of a return to a Russian Empire, in which the Orthodox religion plays a pivotal role.
The hardline stance of the Russian patriarch is also costing him followers, however. The Russian Orthodox church in Amsterdam announced on Sunday it was severing ties with the leader, just the latest in number of priests and churches who are abandoning Moscow over the war in Ukraine.
Read entire article here
Share. Twitter Facebook Pinterest LinkedIn Tumblr Email
Previous ArticleA Terrible Sermon: Patriarch of Moscow Blesses “Metaphysical” War Against the “World of Gay Prides”
Next Article Faithtree Resources: The Encounter App for Orthodox Christians