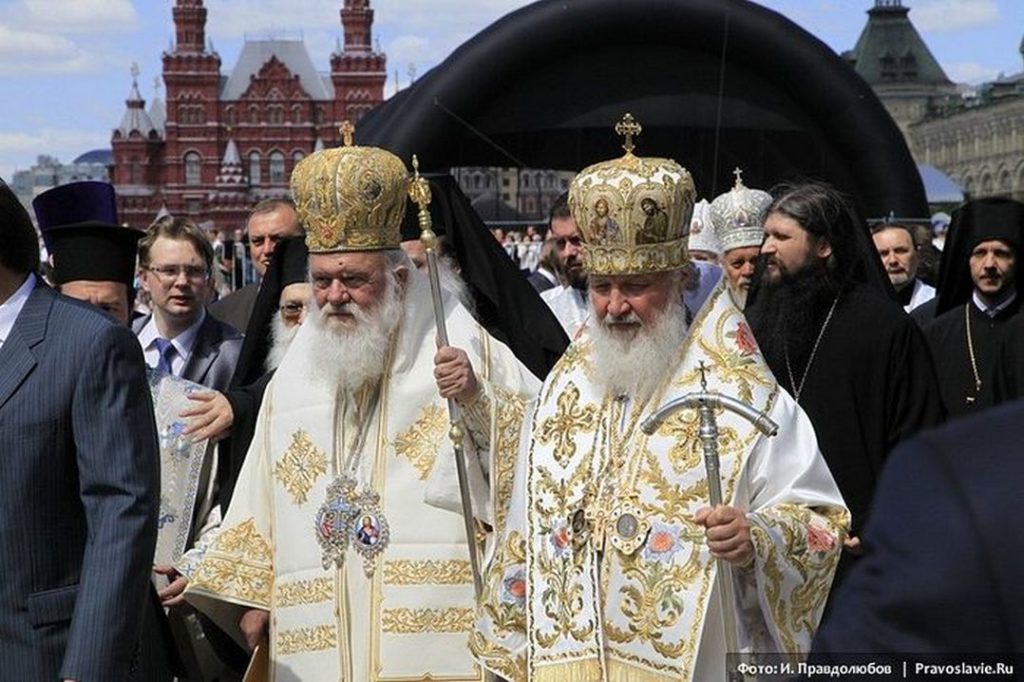 MOSCOW – Informal talks between the Russian and Greek Churches are underway, looking for a way to resolve the crisis that has arisen in Orthodoxy thanks to Constantinople’s meddling in the canonical territory of the Ukrainian Church and in the relations between the two Churches following Saturday’s meeting of the Greek Bishops’ Council, a source in Greek Church circles told RIA-Novosti.

The discussions are also connected with today’s session of the Russian Holy Synod, which is already underway.

“It is possible to avoid a deterioration of the situation if the ROC comes out with a proposal to Archbishop Ieronymos of Athens to take on the role of intermediary, to sit all the primates of the Orthodox Churches at one table, together with the Patriarch of Constantinople, and to convene a pan-Orthodox council to resolve the problem caused by the Ukrainian issue. That is, to end the split between Constantinople and Moscow,” the source said.

Calls for a pan-Orthodox council have repeatedly rung out in the Orthodox world since last summer, though they have, sadly, as yet gone unanswered, or directly denied, by Patriarch Bartholomew.

Archbishop Chrysostomos of Cyprus took up the role of mediator earlier this year, to fill in the void left by the inactivity of Pat. Bartholomew. He managed to meet with the primates of 6 other Local Churches before Pat. Bartholomew put an end to his diplomatic efforts.

If such an official proposal would be made, Abp. Ieronymos should accept it and work to resolve the crisis and also thereby avoid a split in the Greek Church, the source said, noting that this option is already being discussed.

The source also corroborated the view of Metropolitans Seraphim of Piraeus and Seraphim of Kythira, who wrote that the Greek hierarchs did not decide to recognize the schismatic “Orthodox Church of Ukraine” as no vote was taken on the matter, despite the initial reports that quickly spread and caused great disquiet in the Orthodox world.

However, other hierarchs, such as the two Seraphims, and Metropolitan Nicholas of Mesogaia and Lavreotiki who wish the Greek Church had not rushed and had allowed “the issue to mature.” Instead, he believes the issue should be handled by a pan-Orthodox council.

Today’s session of the Russian Synod has already begun. According to the “Church Today” Telegram channel of the Patriarchal press service, His Holiness Patriarch Kirill stated in his opening remarks:

Today we are opening an extraordinary session of the Synod, dedicated to examining the issues that have arisen in the pan-Orthodox agenda in connection with the situation around Ukraine and the Ukrainian Orthodox Church, in connection with the well-known actions of the Patriarchate of Constantinople, and in connection with possible further actions of both the Patriarchate of Constantinople and of other Churches, connected with the recognition of the schismatic group in Ukraine. You understand that this topic affects the very essence of inter-Church relations and that the negative development of this topic could destroy pan-Orthodox unity. Therefore, with full responsibility for the preservation of Orthodox unity and with full responsibility before our faithful and before our clergy and episcopate, we should make decisions today on these questions of which I have spoken. And may the Lord help us.